Do you think you can influence your life outcomes with your thoughts? Would you say that you just believe in yourself and your capabilities?

Science has shown that what happens in our lives tends to follow what we think will happen, or what we’ve been conditioned to think will happen. So, to achieve what you want in life, just believe in yourself, believe it will happen, believe you can do it, and don’t be deterred by conventional wisdom that says otherwise.

In this article, you’ll learn techniques to change your thinking and achieve success.

Five Tips to Believe in Yourself

Sometimes we don’t think we’re capable of achieving our dreams because we don’t have the right characteristics for success. Yet, sometimes all it takes to achieve them is to just believe in yourself. Here are some tips on how to change your attitude and to start believing in your capabilities:

1. Cultivate good self-esteem. Your self-esteem, or how you see yourself, ties into how readily you achieve your dreams. You likely developed your sense of self from your parents, and they may have passed along to you negative attitudes about themselves and what they’re capable of. Instead of seeing yourself as capable of taking on challenges, you may hold yourself back.

Instead, strive to see yourself in a positive light and believe you’re capable of what you set your mind to. When you believe in yourself, your brain is more likely to take steps to make the dream a reality. Also, research shows that most people are capable of most things if they take time to learn, train, and practice. Of the successful people Canfield interviewed for this book, most reported that they weren’t naturally talented at what they’re good at—they just put in the time to practice and get better.

2. Stop saying “I can’t.” Words can have a powerful effect on your self-image and ability to achieve your goals. If you use phrases like, “I can’t,” or even, “I wish I were able to,” you might convince yourself that you’re incapable of doing something.

In his seminars, Canfield does an exercise to demonstrate that your thoughts can affect your physical strength. He asks a volunteer to hold out their arm and say different phrases. Canfield pushes down on their arm as they speak. When people say, “I can play the guitar,” their arm strength holds steady or is stronger as Canfield pushes. In contrast, if they say, “I can’t play the guitar,” their arm weakens and is easier to push down. If you remove phrases like “I can’t” from your vocabulary and amend negative beliefs about your abilities, you may achieve impressive things.

Example 1: Canfield attended a workshop to learn to walk on hot coals. At the beginning of the workshop, participants wrote out all of the things they didn’t believe they could do on paper, such as, “I can’t be a millionaire,” and “I’ll never meet my soulmate.” They then burned them in a fire as a symbol of letting go of limiting beliefs. Later that day, all the participants walked across burning coals without anyone getting burned.

Example 2: In another instance, a mathematics graduate student at UC Berkeley came late to class and saw two problems on the board that he assumed were the homework assignment for the class. He didn’t know the problems had never been solved in mathematics before. He worked on them over a few days and came up with solutions, surprising his professor. Had he known the problems had never been solved, he wouldn’t have attempted to solve them.

3. Ignore people’s judgments and ideas about how to live your life. It’s easy to let what others think of you—perceived or suspected—shape how you see your capabilities. It’s also easy to let the opinions of people we care about, like our partners and parents, factor heavily into which dreams we pursue. Instead, ignore the people who question your abilities, and work to achieve your dreams rather than the dreams others have for you.

Example: Catherine Lanigan was told by a professor in her freshman year of college that she was a terrible fiction writer and had no promise of succeeding in that field. The professor told Catherine he’d give her a B in the class if she promised to change majors at the end of the semester. She didn’t write for the next 14 years, until an acquaintance encouraged her to try again. She wrote a book that was picked up by a publishing company and went on to publish 33 best-selling books, some of which were made into movies. If she hadn’t listened to the naysaying professor, she could have pursued her writing and reached her dreams much earlier.

4. Know that any time is the right time to pursue your dreams. You may tell yourself you’re not the right age to pursue your dreams. You may think you’re too old—if you wanted to become an actor, you should have started years ago. Or, young people may think they lack the expertise or experience needed to pursue their dreams. Such beliefs are often untrue and prevent you from doing things that would make you feel fulfilled as a person.

Here are some examples of people who succeeded at various ages:

5. Don’t think you have to go to college. Many people think that completing a college degree is required for success, but this isn’t always the case—one in four millionaires in the U.S. didn’t go to college, and founders of many successful tech companies didn’t complete a college degree. For example, Bill Gates dropped out of Harvard, founded Microsoft, and is now one of the richest people in the world.

The Law of Attraction Can Help You Get What You Want

The Law of Attraction, which states that your thoughts can attract what you want, is another important tool that can help you achieve success. The law comes from the field of quantum mechanics, which says that two different particles can exhibit linked properties even if they’re on opposite sides of the universe.

To put the Law of Attraction work for you, think positively about what you want rather than focusing on what you lack or what isn’t going well. Each time you have a thought, you’re making a request to the universe about something you want. If you go through life thinking negatively, you’re placing negative requests with the universe and negative results will enter your life. Worrying is equivalent to negative goal-setting—by putting that negative energy into the universe, you’re willing your worry to happen. For example, if you’re constantly thinking about struggling to pay your mortgage, you may continue struggling to pay it.

Here are two techniques to hone a positive mindset:

1. Write affirmations. Affirmations are positive, present tense statements about something in your life or something you want. For example, say something like, “I am so happy to live in this beautiful house across the street from Dolores Park,” instead of, “I hope to someday live in a house across from Dolores Park.” By writing statements in the present tense and imagining how it’ll feel when you’ve achieved your desire, you’re placing yourself in the happy emotional state, or right vibration, necessary to achieve it. You’re also creating a mental gap between what you experience now and what you’d like to experience, which encourages you to take steps to close the gap. Principle 10: Expand Your Comfort Zone explores affirmations further.

Once you’ve developed a strong belief that you’ll get what you need, there are two types of action you can take to make it happen:

1. Obvious. An obvious action is any step you must take to achieve your goal. For example, if you want to become a nurse, you might select a school to do your studies and enroll in classes.

2. Instinctive. Listen to what your instincts tell you to do and take action. For example, you might have a gut feeling that you should attend a certain conference. Acting on your instincts and attending the conference could put you on the path to getting what you need and may present additional opportunities to do so. You also might get ideas for what to do through meditation or other activities; keep a pen and paper with you to jot them down so you can decide whether to act on them. 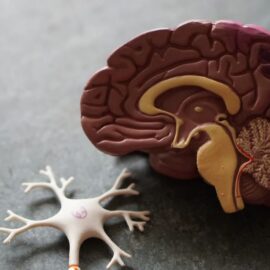 Oliver Sacks: The Man Who Mistook His Wife for a Hat 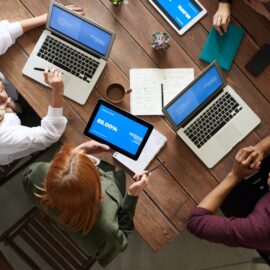 The Ray Dalio 5 Step Process: Does it Really Work?