What is quantum theory? What phenomena does the quantum mechanics theory attempt to explain?

Quantum theory (also known as quantum physics or quantum mechanics) is one of the foundational theories of material phenomena. It explains the properties and behavior of energy and matter at the level of atoms, molecules, and subatomic particles.

In the early 1900s, German physicist Max Planck suggested that waves (like light, radio, and microwaves) emit energy not randomly or arbitrarily, but instead, in discrete quantities which he called “quanta.” The amount of energy released in a quantum is proportional to the wave frequency of the radiation type in question. Wave frequency is simply the number of waves that pass through a fixed point in a given unit of time.

Werner Heisenberg reasoned from Planck’s theory that the very act of shining a quantum of high-frequency light upon a particle (which was the only way to measure its position and velocity) would, in and of itself, disturb the particle and disrupt its velocity. Exactly how it would be disrupted, however, was entirely unpredictable. The very attempt at observation made it impossible to accurately gauge particle position and speed. This was the uncertainty principle. It marked the beginning of the new field of quantum mechanics.

Quantum mechanics takes a probabilistic approach rather than an absolute approach. Obeying the uncertainty principle, it does not seek to establish a single, definitive interpretation or result for quantum mechanics and the uncertainty principle tell us that it’s not as useful to think of the physical world as being composed of waves (like light and radio) and particles (like the atoms out of which all matter is made). It is better to think of our observations of the world in terms of waves and particles—depending on the phenomenon, sometimes it’s more useful to think of particles as waves, and sometimes it’s more useful to think of waves as particles.

These theories that argue for the varying behavior of particles and waves have had a profound impact on our understanding of the structure of atoms and molecules. While we can never predict the movement of electrons within atoms with 100 percent certainty, we can predict the probabilities of different events, within the constraints imposed by the uncertainty principle. any observation. It predicts a range of possible outcomes, and tries to work out probabilities for each.

One aspect of quantum theory is that particles don’t just follow a singular history, but instead, follow a range of possible histories all throughout space-time. We calculate the probability of each history to determine how likely a particle is to have been in one particular point in space-time. Some element of unpredictability and randomness is thus inherent in quantum theory.

We can extend the principles of quantum mechanics to the mathematical notion of “imaginary numbers.” Imaginary numbers are a well-established concept, referring to numbers that lie perpendicular to those on a traditional negative-positive number line (whose values might be represented visually as running left to right).

Imaginary numbers, unlike real numbers, give negative values when multiplied by themselves. Quantum mechanics allows for particles to have values besides negative and positive (or “backward” and “forward”). In this model, space-time would be finite in extent, yet boundless (like the Earth, which has a finite mass and volume, but no edge or boundary).

The classic problem in general relativity is the singularity, the area of space-time before the Big Bang or at a black hole—the boundaries of the observable universe where predictability would break down. But quantum mechanics avoids this problem because it posits that there are no boundaries. The universe simply exists, unaffected by anything that lies without.

With imaginary numbers, where time is indistinguishable from space, we may just be living in one of the possible histories of the universe, with countless others on some other plane of existence that we can never see or be affected by.

Quantum mechanics theory is incompatible with the predictions of relativity—even though both, paradoxically, are well-tested theories that make accurate predictions about the universe. The predictions of relativity, which deal with phenomena on the massive, universal scale, break down when applied to the subatomic level of quantum mechanics. So much of what we think we know about physics simply breaks down at the quantum level, where particles behave in strange and—thanks to the uncertainty principle—unpredictable ways. Uniting quantum mechanics and relativity is one of the great challenges to establishing a complete theory of the universe. 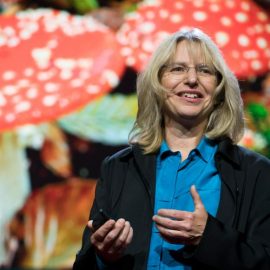