We’ll cover examples of preferential attachment, look at how it increases inequality in society, and discover when it’s wrong.

Consider research scholarship. Sociologist Robert K. Merton has observed that academics rarely read all the papers they cite; rather, they look at the bibliography of a paper they have read and pick sources to cite more or less at random.

Nevertheless, despite the possibility of creative destruction, Extremistan is defined by extreme concentration—of prestige, income, capital, influence, size, or what have you. These concentrations create the appearance of stability—larger, more powerful entities are more resilient—but they actually create the potential for catastrophic black swans. This is the problem with the theory of preferential attachment.

The most far-reaching unfairness of Extremistan, however, more so than economic inequality, is inequality in intellectual influence. As illustrated by Merton’s citation example just above, intellectual influence can be a matter of dumb luck rather than ability or insightfulness. This problem becomes acute when we trust thought leaders—”experts”—with our lives and livelihoods. Preferential attachment is a problem when it’s happening and when it fails.

The Contours of Extremistan

As exemplified by figures like Beyoncé and Jeff Bezos, social and economic advantages accrue highly unequally in Extremistan. These are further examples of the power of preferential attachment.

The superstar effect, it’s vital to note, is meritocratic—that is, those with the most talent, even if they’re only slightly more talented than their competitors, get the spoils. What a theory like Rosen’s fails to take into account, however, is that all-important aspect of life in Extremistan: dumb luck. The superstar effect is often made stronger through preferential attachment. 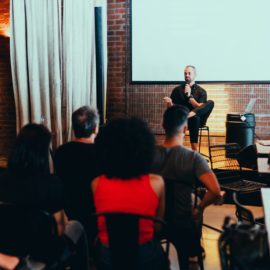 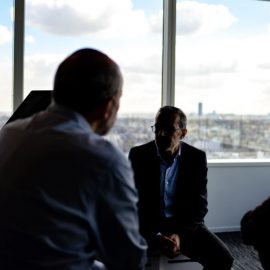