What is Extremistan? Where is it? Where does the word come from? What elements of our lives fall under the purview of Extremistan?

Extremistan is a term coined by Nassim Nicholas Taleb to explain the randomness and deviations from the mean of most social, man-made aspects of human society. The term was popularized by Taleb’s book The Black Swan.

We’ll cover what Extremistan is, how it differs from Mediocristan, what kinds of events and characteristics come from the land of Extremistan, and why Extremistan often makes prediction impossible.

To explain how and why Black Swans occur, Taleb coins two categories to describe the measurable facets of existence: Extremistan and Mediocristan.

In Mediocristan, randomness is highly constrained, and deviations from the average are minor. Physical characteristics such as height and weight are from Mediocristan: They have upper and lower bounds, their distribution is a bell curve, and even the tallest or lightest human being isn’t much taller or lighter than the average. In Mediocristan, prediction is possible.

In Extremistan, however, randomness is wild, and deviations from the average can be, well, extreme. Most social, man-made aspects of human society—the economy, the stock market, politics—hail from Extremistan: They have no known upper or lower bounds, their behavior can’t be graphed on a bell curve, and individual events or phenomena—i.e., Black Swans—can have exponential impacts on averages.

In the realm of Mediocristan, randomness is highly constrained (mild): There’s only so much variation in the physical aspects of our world. Thus, in Mediocristan, Black Swans are (effectively) impossible.

In Extremistan, however, randomness is highly variable (wild): No matter how large your sample size for a given phenomenon, you can’t produce a trustworthy average or aggregate picture because of the variation in that phenomenon. In Extremistan, Black Swans are frequent.

The Contours of Extremistan

Because these discussions tend toward the technical and aren’t essential for understanding Black Swans and their role in our lives, we at Shortform have decided to summarize them as an appendix.

The superstar effect, it’s vital to note, is meritocratic—that is, those with the most talent, even if they’re only slightly more talented than their competitors, get the spoils. What a theory like Rosen’s fails to take into account, however, is that all-important aspect of life in Extremistan: dumb luck.

The most far-reaching unfairness of Extremistan, however, more so than economic inequality, is inequality in intellectual influence. As illustrated by Merton’s citation example just above, intellectual influence can be a matter of dumb luck rather than ability or insightfulness. This problem becomes acute when we trust thought leaders—”experts”—with our lives and livelihoods (see Chapter 4: The Scandal of Prediction).

In our contemporary moment, the most egregious misuse of bell curves can be found among economists and financial-industry analysts. Most economists, including many Nobel Prize–winners, treat financial markets as though they hail from Mediocristan when, in fact, they’re from Extremistan.

The problem is that economists’ models are thoroughly Platonified: self-consistent, but bearing almost no resemblance to reality. Economists are like philosopher John Locke’s madmen: they reason “correctly from erroneous premises.”

So can the phenomena of Extremistan be modeled—and thereby predicted—at all?  Not precisely; but they can be approximated—by the use of fractals.

The reason fractals are helpful in representing Black Swans is that their internal ratios stay constant across scales. Unlike bell curves, in which ratios decline at accelerating rates the further one gets from the average, fractals exhibit no (or mild) acceleration. They obey power laws, which describe a functional relationship between two quantities in which the relationship remains constant no matter what the initial size of the quantities.

Now, imagine the power was 1: Each time the wealth doubled, the incidence would only decrease by 2x (2^1=2). The probability of extraordinary wealth would increase.

When we begin to analyze Extremistan in terms of the fractal paradigm, some Black Swans suddenly become “gray”—they’re not predictable with any sort of precision, but they are, at least, imaginable. 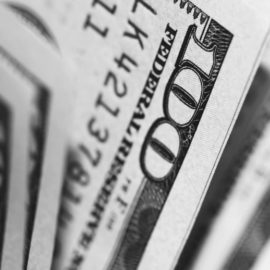 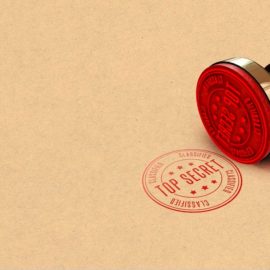