What are the foxes and hedgehogs in the context of forecasting? How do they differ in their approach to making predictions?

In his book Superforecasting: The Art and Science of Prediction, Phillip Tetlock distinguishes between two forecasting styles: foxes and hedgehogs. Hedgehogs are the big-picture thinkers and foxes are analytical and detail-oriented.

Read about foxes and hedgehogs, as it relates to forecasting.

In the 1980s, Tetlock conducted a trial where 284 well-educated forecasting professionals were asked to make forecasts on questions both within their own field and outside it. The results revealed two subgroups of forecasters: one that did no better (and sometimes much worse) than chance, and another that did slightly better. The second group just barely surpassed the rate of chance, but even that slight edge statistically differentiated them from the first group. Tetlock named the two groups “foxes and hedgehogs” based on a line from ancient Greek poetry: “The fox knows many things but the hedgehog knows one big thing.”

On average, foxes and hedgehogs were equally intelligent and experienced. So what distinguishes them?

Forecasters in the “hedgehog” group are passionately ideological thinkers who see the world through the lens of a Big Idea. They organize new information to fit their Big Idea, and they ignore any information that doesn’t fit that paradigm. The “Big Ideas” themselves vary widely from liberal to conservative, doomster to boomster, and everything in between.

The hedgehog’s preoccupation with one Big Idea biases their predictions. Because hedgehogs are so passionate, they’re more likely to make bold predictions with probabilities closer to 0% or 100%, rather than stick close to a safe guess of 50%. They’re convinced that their Big Idea is “right,” and all other ideas are “wrong,” and their forecasts reflect that level of certainty. Unfortunately, most forecasting requires a more nuanced approach, so hedgehogs’ bold predictions tend to overshoot the mark. When their predictions are proved wrong, they rarely acknowledge it, let alone change their minds.

Foxes, on the other hand, are “eclectic experts.” Rather than having one Big Idea, they have a wide range of analytical tools at their disposal. This allows foxes to be more flexible, changing their approach based on the particular problem. Foxes approach new information with a blank slate, allowing the data to shape their interpretation rather than the other way around. Because they are less clouded by bias, foxes tend to seek out information about a situation from all possible sources, including those they don’t personally agree with. This allows them to consider the problem from all angles, creating a more holistic picture of the situation. Combining as many views of a problem as possible allows foxes to capitalize on “the miracle of aggregation.” 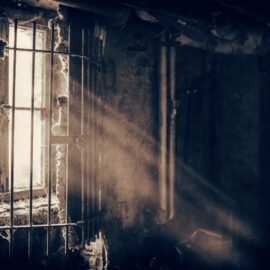