What causes global economic inequality? Do you think it is possible to achieve perfect equality across the world?

The vast differences in wealth between people living in different countries can be emotionally troubling. However, given the vast differences in factors underlying economies (geography, natural resources, culture), as well as the complex interaction of such factors, it is impossible to expect economic equality across the world.

In this article, we’ll take a look at the factors that underpin global economic inequality.

International inequality in wealth is unavoidable because of the fundamental differences in factors that prop up countries’ economies (e.g. geographic location, natural resources, etc.). Places with inherent advantages had more opportunities to develop urban industrial, commercial, and financial skills than disadvantaged areas. These advantages can kick off virtuous cycles that widen the gap, perpetuating global economic inequality.

Quick note: one study claimed that inequality is rising, because the ratio of the incomes of the top 20 vs lowest 20 nations increased from 23:1 in 1960 to 36:1 in 2000. However, this is misleading because the identity of the nations had changed—when comparing the same 20 countries in 2000, the ratio had declined to 10:1.

Relevant factors that differ between nations include:

Location to other cultures

Even with geographic advantages, culture can impede economic growth.

Some cultures seek progress rather than stay contented with the status quo.

Some cultures are more receptive to new ideas from outside; others isolate themselves.

Some cultures discriminate within its society (by gender, class, caste, religion, race), preventing the best ideas from winning out.

Some cultures practice more xenophobia and less meritocracy than others.

Furthermore, these factors interact with each other and depend on timing.

Exposure to specific other cultures and technologies increases the size of the cultural universe.

The movement of peoples can result in displacement of existing culture, assimilation by migrants, or the addition of a new culture.

Poverty tends to be self-reinforcing. Parents have more children since child mortality is higher; children are put to work earlier, depriving them of education and economic opportunity.

Culture tends to persist, even when people leave their host culture.

Even more culturally and advanced cultures can be destroyed by more militarily powerful peoples.

History leads to different population structures, such as growing vs shrinking; young vs old.

Given the large number of factors influencing economic growth, as well as the complex interaction of these factors, as well as mere happenstance, it seems foolish to expect equal economic outcomes throughout the world. Rather, the more productive approach is to understand how the different factors at play can promote economic growth and impede it.

Side note: Some argue that imperialism and slavery hampered the development of certain nations. Thomas Sowell dismisses this, giving a few lines of evidence: 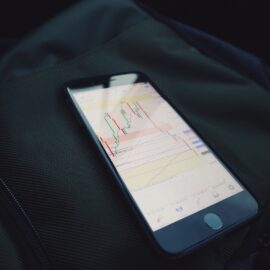