Why is mindset important in business? How would you describe your mindset when it comes to doing business?

According to Simon Sinek, the author of The Infinite Game, those who survive in business do so because they adopt the mindset that business is an infinite game—a constantly evolving and never-ending game with a higher purpose. Those who don’t survive are the ones who have a finite mindset—they see business as a finite game, filled with short-term concerns and aimed at a win-or-lose ending point.

Keep reading to learn about the two types of business mindset, according to motivational speaker and author Simon Sinek.

A leader who understands she is playing an infinite game will have much greater success than one who thinks she is playing a finite game. Someone who sees the infinite game will make decisions based on long-term strategies that develop long-term strength, while a leader who plays a finite game will aim for short-term wins that might weaken her organization in the long run. Consistently, businesses that succeed over many years are run by leaders with infinite mindsets, while businesses that fail are run by leaders with finite mindsets.

There are several key differences between finite and infinite business mindsets. Each mindset reflects different attitudes and priorities towards competitive pressures. Some of these differing attitudes include:

As finite thinking in boardrooms has increased over time, the lifespan of companies has decreased. In the 1950s, a company lasted 60 years on average. Today, the average company lasts less than 20 years.

By focusing exclusively on a company’s short-term profits, temporary stock prices, and immediate shareholder concerns, finite-minded thinking has led to the creation of large numbers of companies that engage in behavior that weakens them in the long run. For example, when corporations tie executive pay to short-term metrics like share price increases, those executives are more likely to close factories, suppress wages, cut corners in production quality, and lay off workers. These are all actions that might temporarily boost a stock price, but often damage the company’s ability to survive in an infinite game.

On the other hand, infinite thinking creates companies that are well-equipped to survive competitive challenges and changes in the economic, technological, and political landscapes. An infinite-minded leader works for long-term success rather than short-lived victories. She ignores pressures from outside advisors who encourage her to hit immediate targets—like sales numbers or stores opened—that might spread her resources too thinly and consequently weaken her company over time, which will prevent it from ultimately overcoming challenges.

To build a strong, resilient company that’s well-positioned to ride out whatever challenges it encounters, you need to develop an infinite mindset. To do so, follow five guidelines:

Guideline 1: Advance a Just Cause

A Just Cause is a big-picture vision that provides a framework for your corporate strategies. It provides a context for all the decisions you’ll make and sets the goal your company will work toward infinitely.

Your Just Cause must be specific. It must paint a particular picture that others can envision; a promise to “improve the world” doesn’t provide enough substance or specificity to inspire people.

A Just Cause has five elements:

To lead an organization with an infinite mindset, you must build trusting teams. A trusting team is a team made up of people who feel safe around each other: safe to express their feelings, ask for help, talk about problems, and admit to mistakes.

It is crucial to have trusting teams in an organization if it is to run smoothly. When people work on a trusting team, they know that their bosses and colleagues will support them through errors and will offer help in a non-judgmental way when asked. Conversely, when people do not work on a trusting team, they do not feel comfortable showing vulnerabilities, and they often feel compelled to lie, hide mistakes, and fake expertise rather than ask for help. In such an environment, problems in an organization are ignored or hidden instead of fixed. After some time, these problems can build up and can be much harder to address.

When putting together a strong team, infinite-minded leaders must consider a candidate’s trustworthiness as well as her capabilities, and they must understand that sometimes, the best person for a job is not necessarily the highest-performing candidate. High performance is a reflection of competence, but trustworthiness is a reflection of character. It turns out that trust is often a better indicator of a quality employee—one who will contribute to the organization and elevate her colleagues, helping to make everyone do their jobs a bit better.

Focusing exclusively on performance while ignoring trust might earn an organization short-term success, but it sets it up for long-term failure. Companies that ignore the importance of trust often promote toxic, self-serving behavior and consequently end up filled with people caught up in internal competition: hoarding information, taking credit for others’ efforts, and avoiding accountability.

To develop your infinite-minded leadership, study your worthy rivals. A worthy rival is a competitor who is better than you at certain things, and who can therefore reveal to you ways you can improve, enabling you to better survive in the infinite game. They may make a better product, provide a better service, or command stronger customer loyalty than you do: anything from which you can draw lessons.

A worthy rival inspires you to act ethically: Viewing a competitor as a worthy rival rather than simply a rival can encourage ethical behavior, as it changes your perspective on competition in general. A worthy rival inspires you to improve rather than just to win, focusing your attention on process rather than outcome. Consequently, you feel less pressure to win at any cost and therefore have less incentive to cheat or bend the rules. Ford provides an example of this: When its CEO testified in front of Congress and advocated for his competitors to receive a government bailout after the financial collapse of 2008, he sought not to destroy his worthy rivals but instead to strengthen them and the industry in general.

For example, Apple saw IBM as a worthy rival when IBM entered the personal computing market in 1981. Instead of responding reactively to IBM’s products with copycat products in an attempt to steal market share, Apple positioned its own brand as fundamentally different from the IBM brand, holding different world views and different philosophies. IBM could be the predictable, reliable, corporate brand, and Apple would be the choice of non-corporate, creative types. By leaning into this contrast, Apple came to be seen as a revolutionary leader that saw computing as a way to unleash individual creative potential; they represented the future, while IBM represented the past.

As an infinite-minded leader you must be prepared to be flexible on a fundamental, existential level. An existential flex is a purposeful, dramatic change that a person willingly makes in order to stay true to her Just Cause. It’s a move that pushes her out of her comfort zone and carries a risk of failure but is necessary in order for her to continue to play an infinite game.

Importantly, an existential flex is not a reactive move or a move that someone makes in order to stay alive in the face of difficult challenges. Instead, it’s a move made in anticipation of a future changing climate and made with the understanding that at some point in the future, your organization will need to be positioned differently to survive.

An existential flex is a marker of an infinite mindset because it shows that a leader is able to see the potential benefits of disruptive change, rather than just the potential threats. An example of this kind of insight is Steve Jobs’s decision, in the early 1980s, to develop a graphical user interface (GUI) for Apple even though the company had already invested millions of dollars in different technology. When Jobs was shown what computers could do with GUI, he recognized it as a technology that would advance his Just Cause: empowering regular people to use computers without needing to know complex, high-level computer language. Consequently, he re-set the direction of his company even though it meant abandoning his current business model and losing money in the process. Four years later, Apple introduced the Macintosh, a computer featuring a GUI, setting the standard for personal computing ever since.

Finally, to lead an organization with an infinite mindset, you must lead courageously. Leading courageously means working toward a better future, even if doing so puts your own career in jeopardy. It can be difficult to take risks that serve a long-term vision; companies and leaders face a myriad of pressures from investors, who want to see immediate shareholder returns, as well as from employees, who want to see continuous signs of a company’s health to ensure their own job security. But when a leader leads courageously, she bases her decisions not on outsider expectations but on her Just Cause.

For example, the convenience store and pharmacy CVS Health demonstrated courageous leadership when they decided, in 2014, to stop selling cigarettes. CVS’s Just Cause is “Helping people on their path to better health,” and its executives, who fully supported the Just Cause, concluded that selling cigarettes went against that mission. Wall Street analysts and industry watchers predicted that CVS would lose sales and market share, but they lost neither. Customers and employees both supported the move and rewarded the company with good press and loyalty. A year and a half after the plan was announced, CVS’s stock price had doubled.

To truly lead with an infinite mindset, your Just Cause must be more than merely words; you must act on it. Otherwise, it’s nothing but a marketing slogan. Unfortunately, there are plenty of companies that adopt lofty statements of values but do nothing to live up to them. For example, both Walgreens and Rite Aid loudly publicize their commitments to health on their websites, but neither has followed CVS’s lead and stopped selling cigarettes.

Overall, infinite-minded leaders know that strong companies start with strong teams and strong partnerships, and that when they model good leadership, their employees will more often than not follow their lead, resulting in a strong, resilient organization. 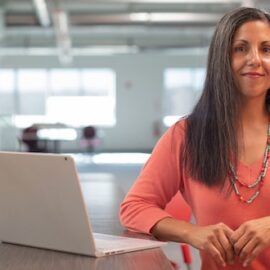 Start-Up Roles: The 3 Hats of a Beginner Entrepreneur 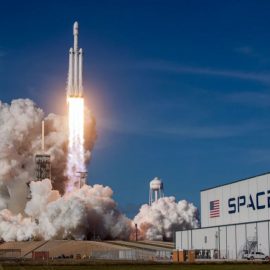 How Did Elon Musk Start SpaceX With So Little Money? 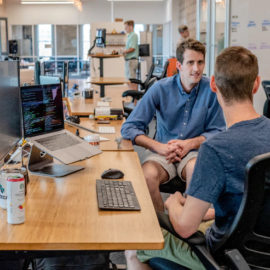