What is Enron’s history? How did Enron go from a huge international compamny to a failure?

Enron’s history starts off promiosing, but a combination of many factors caused Enron to collapse. Enron’s history, and tthe failrure that coincides, marks one of the biggest bakruptcy scandals in history.

The Smartest Guys in the Room chronicles the history of Enron, from beginning to end. Putatively, it began with good intentions and a believable vision. Then, as it focused on short-term stock prices, it became corrupted by deceptive accounting, making more egregious bets.

Ken Lay, founder and CEO of Enron, believed in efficient markets. The 1970s energy crisis caused natural gas to become deregulated. Lay saw an opportunity to profit from this deregulation.

Things didn’t immediately work out quite as well as Lay hoped. A glut of gas on the market depressed prices and put Enron’s long-term gas contracts underwater. Management of the combined entity was tough, riddled with politics. As a public company, Enron was desperate for real earnings. It turns out for all his enthusiasm, Lay didn’t personally have strategic insights into how to create a new business model in this new deregulated world. The history of Enron shows this failure.

In this strategic vacuum, a consultant had an answer.

In 1987, Jeff Skilling, a McKinsey consultant who worked with Enron, envisioned Enron building a futures market, turning natural gas into a commodity (then a novel concept).

In Enron history. the company was able to loan gas producers more money than banks, because it knew the clearing price of the gas. So producers signed contracts to supply gas to Enron, in exchange for upfront money to develop reserves. Enron could then trade the future contracts, just like oil futures.

The projects were often troubled. The largest scandal was in Dabhol, India. A province struck a deal very favorable to Enron, guaranteeing a long-term purchase of highly priced energy. The Indian population revolted, seeing it as rapacious globalization. This stymied development for years.

Furthermore, the financing for projects was often unclear. In Enron history, Enron International hoped the funding they would come from non-Enron sources, but sometimes Enron ended up guaranteeing the debt.

Enron International fed Ken Lay’s desire to hobnob with international luminaries like Kissinger and heads of state, making it less likely to be scrutinized.

By 1996, Enron International accounted for 15% of Enron’s earnings. This development was an important part of the history of Enron.

The Start of Bad Practices

Trading companies are too volatile to reliably produce increasing earnings. So rather than claiming to be a speculation company, Skilling branded Enron as a logistics company, finding the most cost-effective way to delivery power from any plant to any customer. This provided cover for incomprehensible businesses.

Skilling feared that any appearance of losses would shatter the illusion of Enron being wizard risk managers, so fought hard to hide them.

In effect, all these dealings created fictitious cash flow and profits when they were really dealings with itself – and at some point the house had to collapse.

All the financial machinations around SPEs were meant as temporary measures while Enron bet big on its next two major businesses. Both of them, however, sustained massive losses. Enron’s company history has two major business that failed this way:

In the end, few consumers really signed up for Enron’s services – 50k in California (1% of the market) and 300 in New Hampshire.

After the residential failure, Enron targeted businesses. This was enticing – a big company spends millions a year for light, heating, and cooling. Couldn’t Enron get a share of this?

There started to be mounting external and internal concern about the reality of the losses. Here is the part of Enron history where the company began to collapse.

Even employees started questioning Skilling publicly: “You say we’re going to make half a billion a year. What’s your strategy?” Skilling replied: “that’s what you guys are for.”

Enron’s history is filled with bad decisions and poor business practices. IN Enron company history, part of the issue is that no one took a stand, assuming others were doing their part to stop bad practices. Enron history offered many valuable lessons, some of which financial advisers took. 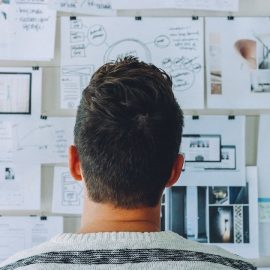 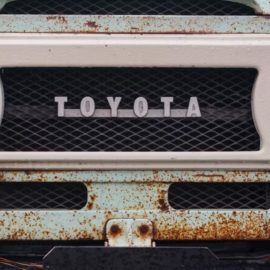 Happiness Marketing: What It Is and How It Works