Brave leadership is a type of leadership that allows for risk and failure, and positively engages with feelings of uncertainty and fear. Organizations that fail to build trust with their workforce, prepare their team to deal with failure, and establish clear values will find it difficult to groom brave leaders.

Read on to discover how to overcome the barriers to brave leadership.

Why Brave Leadership Matters…and What’s Getting In Its Way

We’re living in a rapidly-changing world that demands constant innovation and creativity from organizations. But there are four errors that organization leaders make that get in the way of implementing brave leadership.

Error #1: Trying to engineer vulnerability and uncertainty out of the workplace

By refusing to allow the risks and uncertainty in their workplaces, leaders create work cultures where team members don’t know how to control their natural emotional reactions to uncertainty and failure. Instead, their team members are driven by their emotions toward defensive behaviors that hold them back, such as perfectionism, criticism, and a refusal to take responsibility for their mistakes.

Furthermore, many leaders use unclear or untrue language in tough conversations in a bid to protect themselves from the negative emotions that might be sparked by honesty. By doing this, leaders create work cultures that are void of the honest and productive feedback that allows team members to improve themselves.

When a leader doesn’t spend time clarifying an organization’s values, those values will be too ambiguous to be modeled or evaluated. The leader will waste time trying to “wrong” behaviors that don’t align with their vision for the organization, without being able to pinpoint why the behavior is wrong or what behavior would be considered “right.”

Additionally, organization members should be able to lean on their values when faced with a tough decision. Wishy-washy values aren’t strong enough to act as a guide, and organization members risk listening to whatever opinion is loudest, or doing what is easiest over what is right.

Error #3: Not building connection or trust in their organization

When there’s no culture of trust in a workplace, team members hold back from expressing new ideas for fear of being ridiculed by their colleagues or punished for going against the status quo. This lack of trust extends to the way team members recover from failure and shame as well—they don’t talk about or work through tough situations if they don’t feel that their colleagues will respond with empathy and support. Instead, they let the shame fester under the surface, manifesting in toxic defensive behaviors.

Error #4: Not preparing their team members to deal with failure

When team members aren’t prepared to fail, they don’t respond productively to failure—they react emotionally. This drives problematic behaviors such as covering up mistakes instead of talking about and learning from them, or blaming one another for failures and setbacks instead of holding themselves accountable. With teams that can’t handle failure, leaders waste their time on reassurance and fixing defensive behaviors.

The way to combat all four of these errors and build a thriving organization is brave leadership—leadership that allows for risk and failure, and engages with feelings of uncertainty and fear. Brave leadership is necessary because it fosters courageous work cultures, where employees take risks and learn from their failures—which is crucial for innovation. Developing these skills and teaching them to your team is hard, uncomfortable work—but you’ll gain a culture where members act with integrity, share ideas without fear of judgment, respond to failure productively, and will take the risks necessary to innovation. 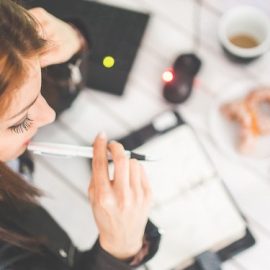 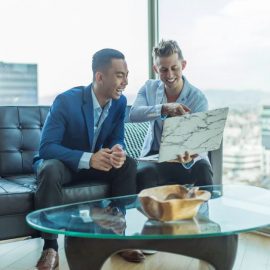 How to Satisfy Both Internal and External Customers 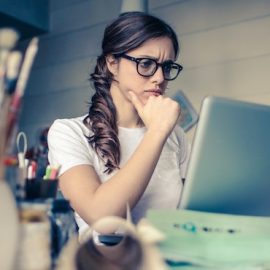 What Is Hyperfocus, and Why Does It Matter?