Who was Betsie ten Boom? How did she end up at Ravensbruck and how did she die there?

Read more about the relationship between Corrie and Betsie ten Boom, and what happened to Betsie.

In April 1944, Corrie received word that all the members of her family were free—except for Betsie, who was still in Scheveningen. She also learned that all six Jews were safe. But just a few weeks later, Corrie learned that Casper had died after ten days in prison. Corrie took comfort in knowing that Casper was now with God and Mama, free from the agony and suffering of the mortal world, having lived a life committed to serving God and upholding his abiding faith.

In June 1944, Corrie was taken to a small room at the prison, where, to her surprise, she found her family waiting for her. Willem, Flip, Nollie, and even Betsie were there! A sympathetic guard used the loose pretext of the reading of Casper’s last will and testament to briefly reunite Corrie with her family, claiming that it was Dutch law that the full family had to be present for such an event. This unexpected reunion was a bright spot in Corrie’s otherwise dreary sojourn in Scheveningen.

Willem was severely ill with jaundice due to the unsanitary conditions, malnutrition, and lack of medical care during his stay in prison. Betsie, too, was gaunt and pale from her ordeal. Corrie learned that her nephew, Kik, had been sent to a prison in Germany after being arrested in connection with his work with the Resistance. Before Corrie left her family and was forced to return to her cell, Betsie used the opportunity to present her sister with a new Bible (Corrie having given away the four gospels she received from the nurse)—this Bible was to be Corrie’s strength in the ordeals ahead.

In early summer 1944, Corrie was transported to the Vught concentration camp for political prisoners. During the journey from Scheveningen to Vught, Corrie and Betsie ten Boom were reunited. Unfortunately, Betsie was seriously ill from her ordeal in prison.

When the sisters arrived at Vught, they were shown the torture centers for recalcitrant inmates who failed to obey camp rules. If they stepped out of line, Betsie and Corrie ten Boom would be taken to one of these buildings, stuffed into a room the size of a gym locker, have their hands bound above their head, and left to wait in this condition indefinitely.

Corrie was assigned to a slave labor unit in the Philips factory at the camp, assembling parts for radios for German fighter planes; Betsie ten Boom, in her weakened condition, was assigned to duty sewing prison uniforms with the other sickly inmates. The Philips factory was run by a foreman named Moorman, a fellow prisoner who organized slowdowns and sabotage efforts among the workers, in an effort to hamper the German war machine.

With the arrival of Corrie and Betsie ten Boom, the barracks became a spiritual sanctuary for the women living there. Betsie and Corrie ten Boom led daily prayer sessions, giving their fellow prisoners the strength they needed to persevere through their ordeal. Corrie described the moving power of these barracks religious services, as women translated the Bible to each other across the Dutch, German, French, Polish, Russian, and Czech languages. The women were of all different Christian denominations, but they shared in the redeeming strength of God’s word.

Corrie and Betsie began to formulate an idea for a home they would establish after the war, for survivors of Nazism. It would be a place of healing and love, where the persecuted and terrorized could heal their physical, psychic, and spiritual wounds. Betsie even envisioned transforming former concentration camps like Ravensbruck into places of restoration.

Betsie ten Boom was in poor health when she arrived at Ravensbruck—her condition only grew worse in the harsh circumstances of the concentration camp. As the fall grew colder, Betsie grew sicker. The appalling living conditions only worsened Betsie’s rapidly deteriorating health. The arrivals from Vught were moved into permanent barracks in October 1944. The ten Boom sisters—now, Prisoner 66729 and Prisoner 66730—took up residence in Barracks 28. When they arrived, they were struck by the revolting stench of the place. The plumbing had backed up and the straw bedding was filthy. Worse, it was infested with fleas.

Shortly before Christmas, she took a turn for the worse. At last, Betsie was removed to the hospital. The next morning, Corrie snuck off to the hospital and made her way to Betsie’s window. What Corrie saw was an emaciated, yellowed body. Betsie was dead.

But Corrie witnessed a miracle. When Betsie’s body was laid down on the pile of corpses, it was transformed. No longer emaciated and yellow, Betsie was healthy-looking and beautiful again. Corrie believed she was seeing a vision of her sister as she looked in heaven. Betsie, like Casper, had passed through the suffering of the mortal world and ascended to Heaven in a state of beauty and grace. 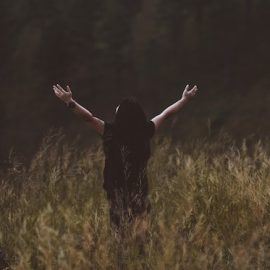 Worship as a Lifestyle: The 4 Elements of Worship 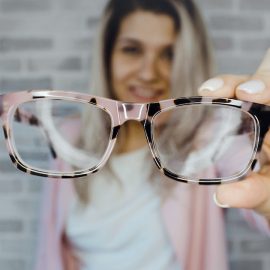