What does finding god through meditation look like? How is this type of meditation presented in The Bhagavad Gita?

Finding god through meditation is an important part of your spiritual journey. Meditation can occur both through action and inaction, and Krishna makes it a point in The Bhagavad Gita to say that no pat of the spiritual journey is wasted.

Arjuna, ever-practical, points out that Krishna has now recommended both selfless action, and the complete renunciation of physical attachments—including actions—which is called sannyasa. He asks which is the better path to God and Brahman and what finding god through meditation means.

Krishna answers that both paths lead to freedom from karma, but action is better. Renouncing all physical attachments and actions is very difficult, especially for someone like Arjuna, whose dharma is to fight and lead, in addition to finding god through meditation. Therefore, it’s better to take the necessary actions and perform them with no sense of self or egotism.

Krishna compares the body to a “city” with nine gates: two eyes, two ears, two nostrils, the mouth, the anus, and the urethra. By mastering selfless action, Arjuna’s Atman—his true self—will be the master of his body, ruling it like a king rules a city from the safety of his palace.

Krishna reiterates that all sense-objects are temporary; not real, and not worth pursuing. Any pleasures that Arjuna might seek in the world will be similarly temporary and will only cause him more suffering in the long run. Rather, through meditation and selfless action, Arjuna’s one and only goal should be understanding his true self; that he is part of Vishnu and Brahman, and that they are part of him, and that he knows this by finding god through meditation.

There Is No Failure in Spiritual Work

Arjuna, who is still upset by the prospect of waging war against his own family, says that he can’t even imagine the kind of stillness and peace that Krishna’s describing. He protests that trying to control his thoughts is like trying to catch the wind. Krishna acknowledges that mastering oneself is extremely difficult, but insists that it’s possible through practice, detachment, and self-control.

This leads Arjuna to ask what happens if he tries and fails. He’s concerned that if he begins doing such spiritual work, but strays from the path and doesn’t achieve true union with Vishnu and Brahman, that he’ll no longer be welcome in either the material world or the spiritual afterlife.

Krishna reassures him that that’s impossible. If Arjuna begins the work of self-realization and union with the divine but isn’t able to finish it in his lifetime, he’ll be rewarded rather than punished. His afterlife will be a pleasant and righteous one, and when the time comes for him to be reborn he’ll be born into a life where he can pick up the work where he left off. He’ll surely be born into a righteous family; if his karma is exceptionally good, he may be reborn into a family that practices meditation in the home, though such a thing is rare.

No spiritual work is ever wasted, and there’s no such thing as failure. If Arjuna needs more time to free himself from karma, he’ll have as many lifetimes as it takes to work on finding god through meditation. 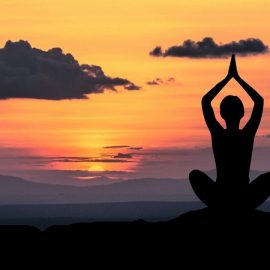 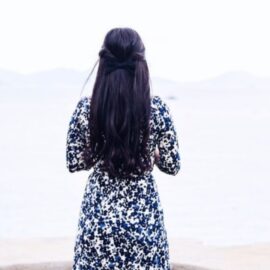