What is Real Social Dynamics? What was Neil Strauss’s role in the company?

Tyler Durden and Papa didn’t stop at inventing the AMOG strategy—they built a company around it. Real Social Dynamics, Tyler and Papa claimed, was their new business, and it offered a website and in-field workshops.

The primary difference between the two workshops—besides the techniques—was that Mystery only allowed six students per workshop, while Tyler and Papa had dozens. The pair was making money hand over fist.

After Papa, Mystery, and Style signed the lease on the Project Hollywood mansion, they posted on Mystery’s Lounge that they were looking for roommates to fill the remaining two rooms. The response was overwhelming.

They ended up bringing in three eager pickup artists (PUAs):

The roommates laid out the ground rules for the house:

One day, Tyler Durden moved into Project Hollywood. Papa had given him an (unapproved) invitation to live in his bathroom closet.

Although Style had gotten a bad impression of Tyler during their last meeting, Tyler’s skill and reputation had vastly increased since then. Tyler had been leading workshops regularly and gaining respect in the online seduction community. Everyone else seemed to like Tyler, so Style decided to give him another chance.

When Tyler arrived, he praised Style for being a big influence on him. Tyler then revealed that he’d sometimes told women that he was Neil Strauss, a Rolling Stones writer, which alarmed Style.

That weekend, Style found out just how influential he’d been to Tyler.

One day, while grabbing lunch at a nearby restaurant, Style ran into Extramask, who’d been a student with Style in Mystery’s workshop. Although Extramask lived at Project Hollywood, he was part of the Real Social Dynamics team, all of whom spent most of the time secluded in Papa’s room.

Extramask revealed that Style’s post about social robots had struck a chord, and he’d decided to stop sarging and pursue spirituality. He was planning to go to an ashram in India, where he would stay indefinitely.

Style was astounded: When they’d met, Extramask had been extremely naive. But Extramask’s pivot from seduction to spirituality reminded Style of his old friend’s Dustin’s conversion from being a womanizer to a celibate living in a yeshiva. Both Extramask and Dustin had been trying to fill a void with women and sex, and, when they realized they couldn’t, they tried to do it with God.

Style reflected on the optimism he’d had when they started Project Hollywood, that it would be a headquarters for self-improvement and life enrichment beyond sex and romance. That dream was now shattered by the harsh reality that the house dynamics were breeding instability and dysfunction.

Project Hollywood was falling apart. Physically, the house needed a deep cleaning and some serious repairs—but the social fabric was in even worse shape.

Mystery and Herbal made up just in time for Mystery’s move-out. Then Herbal moved back to Austin with Katya. Style was alone in the house with all minions of Real Social Dynamics, Tyler and Papa.

One day, Style asked Tyler Durden about everyone’s strange behavior. Tyler said that everyone in the house hated Style, and that they blamed him for much of the drama in the house. Tyler pointed to examples of people Style had been friends with who’d suddenly turned cold toward Style.

Style was blindsided. Although he’d become disillusioned with the community, he thought he’d remained friendly to everyone in the house.

One of the last of the original Project Hollywood residents to move out was a PUA named Playboy, who’d moved in with Herbal and Xaneus.

Before Playboy left, he pulled Style aside to tell him that Papa and Tyler Durden had schemed to push Mystery out of the house, and now they were trying to do the same to Style. Ultimately, they wanted to turn Project Hollywood into a headquarters and dormitory for their workshop business, Real Social Dynamics.

Papa and Tyler had taken the social principles from seduction and twisted them to use in all areas of life. For example, they had routines to get their workshop students to give the business better reviews, and they had routines to make everyone in the house do what they wanted.

Papa and Tyler had instructed everyone who moved into the house to freeze Style out. This explained why all the housemates had been ignoring Style, and why Tyler had told Style that everyone hated him—it was all a strategy.

Style already knew it was time for him to get out of the toxic environment in Project Hollywood, and this was the icing on the cake.

Real Social Dynamics was a successful company, but caused others to have issues. RSD was one of the reasons Style aka Neil Strauss ultimately left the PUA community. 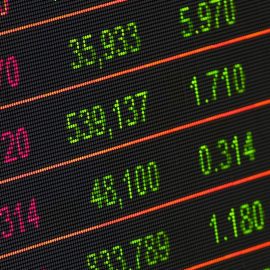 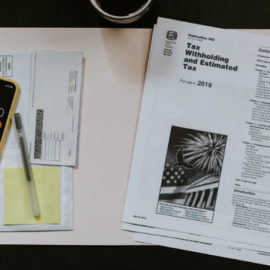 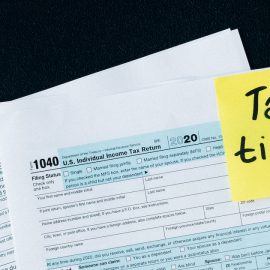 How to Pay Less in Taxes: Tips to Minimize Your Tax Bill