Who was William Hale, and what did he have to do with the Osage murders? Was he ever convicted?

William Hale, often called Bill Hale, a local businessman, positioned himself as a friend to the Osage while systematically murdering them and stealing their money. This was just another business practice to Hale, the mastermind who orchestrated the deaths of members of the Osage tribe.

Anna’s murder was to be just the beginning. About a week after her body was discovered, another Osage victim was found near an oil rig. This time, the corpse belonged to a man named Charles Whitehorn, who had been missing for about two weeks. Whitehorn was a well-known and popular figure in Osage County, married to a half-white, half-Cheyenne woman. Like Anna Brown, he had been shot in the head—and the bullets appeared to be the same kind as the ones that had killed Anna Brown.

William Hale was a widely respected businessman and influential force in the county, having made his fortune in the cattle business. Known as the “King of the Osage Hills,” Hale’s business interests were firmly entrenched throughout the county. He had powerful political connections and was even a reserve deputy sheriff in the town of Fairfax. The county prosecutor himself owed his election to Hale.

In an era when many white authority figures used their status to exploit and abuse the Osage, William Hale positioned himself as a benevolent, if somewhat paternal, figure. His philanthropy had supported the establishment of charities, schools, and hospitals for the Osage, and he vowed to Mollie and her mother that he would see justice done for Anna.

In February 1923, the body of a 40-year-old Osage man named Henry Roan was found slumped behind the steering wheel of a Buick, a few miles outside of Fairfax. Roan had been shot in the back of the head. Local authorities notified William Hale, whom Roan had considered a close friend and benefactor. In fact, Hale was the benefactor on Roan’s $25,000 life insurance policy. Hale was present when another gruesome citizens inquest and autopsy was performed on Roan’s remains. Of course, Hale didn’t reveal the existence of the life insurance policy—which had given him a direct financial interest in Roan’s death.

Roan’s death was shocking to Mollie, who had just given birth to her third child—a girl named Anna. Roan had briefly been Mollie’s husband, back in 1902, before she’d met Ernest. As it was a traditional Osage marriage, there was no legal record of it, but Mollie still had a deep and personal connection to Roan. She had never told Ernest about this marriage, however, and chose to keep her connection to this latest murder a secret.
The murder of Roan created an atmosphere of terror and paranoia that ripped the community apart. People began to suspect their neighbors, friends, and even family of being involved in the deadly conspiracy. Bill Smith, Mollie’s brother-in-law, had been looking into the killings on his own, unable to shake the suspicion that his mother-in-law, Lizzie, had been poisoned.

Tom White headed to the Oklahoma City field office in 1925 to lead the Osage investigation. Upon examining the case, he saw patterns in the killings: all were of wealthy Osage or their benefactors, and three (Anna Brown, Rita Smith, and, their mother, Lizzie) were direct blood relatives.

The case was bewildering. The methods of killing were varied: some victims were poisoned, others were strangled, others shot. This strongly suggested that the murders were the work of more than one killer. And the unreliability of sources, reluctance of witnesses to come forward, and blatant corruption of local law enforcement officials made pursuing leads a bewildering exercise. It was near-impossible to separate fact from hearsay. One of the first red flags for Tom was the fact that the Shoun brothers had failed to locate the bullet that killed Anna Brown. He began to suspect that the brothers (who were also caring for Anna’s sister, Mollie) had stolen the bullet during the course of the autopsy.

To help him navigate this rough-and-tumble world, Tom recruited a team of agents who were well-versed in the frontier world and understood the dangers they would be facing. These men went undercover in Osage County, ingratiating themselves with local power brokers and figures of influence—including William Hale.

By July 1925, Tom began to think Bryan Burkhart, brother of Ernest Burkhart (Mollie’s husband) and brother-in-law to Mollie and Rita, was the most likely perpetrator of Anna’s murder. He was the last person to have seen her alive when he dropped her off back home the evening she disappeared. Tom believed this, even though Bryan’s alibi was well-corroborated by people who claimed to have been in his company at the time of the killing, including his brother Ernest and his uncle, Bill Hale.

Tom needed to identify who this unknown man was who had been with the couple the night Anna disappeared. Through his sources, he learned that Pike, the shadowy investigator originally engaged by William Hale back in 1921, claimed to know the identity of this third man. But Pike refused to come forward and was only located when he was arrested trying to commit a highway robbery.

Under interrogation, Pike revealed that he had not been hired by William Hale and Bryan Burkhart to help the original investigation—he had been hired to destroy it by manufacturing evidence and generating false leads. One of the tasks he undertook in his mission to subvert justice was to conceal Bryan’s true whereabouts on the night of Anna’s murder. He also added that Ernest Burkhart was sometimes present with his brother and uncle when these plans were discussed.

If what Pike was saying was true, then the supposedly benevolent William Hale was guilty of obstruction of justice in a murder case. The only question was whether Hale had been acting solely to protect his nephew Bryan from the law, or whether he had been involved in orchestrating Anna’s murder—and possibly dozens of others. It also implicated Ernest Burkhart. Was Ernest guilty of conspiring to kill his wife’s sister, and possibly poisoning Mollie herself? And if so, what was the motive?

The Case Against William Hale

Tom also learned that James Shoun had been named the administrator of Rita Smith’s estate at this clandestine bedside meeting, a position that would have put him in a lucrative position to pillage her wealth. Clearly, the Shoun brothers had summoned Smith’s attorney to this meeting to have Smith sign this paperwork surrendering his murdered wife’s estate into their hands, shortly before expiring himself. Given his state, there was no way Smith had done this of rational and sound mind.

Tom was getting close to identifying Bill Hale as the mastermind. After interviewing more witnesses, he learned that Hale was the beneficiary of the murdered Henry Roan’s $25,000 life insurance policy. Obviously, Hale had a clear-cut financial interest in Roan’s death. And after speaking with the insurance salesman who had sold Hale the policy, Tom learned that Hale had forged a creditor’s note to make it look like he had loaned Roan money, and that the policy was merely collateral for this debt. After Roan’s murder, Hale had even schemed to frame another man (who had been having an affair with Roan’s wife) for the killing.

Eventually, White was able to build a case against William Hale, and he was convicted. William Hale was the mastermind behind the horrific murders of the Osage people, and the world would never be the same. 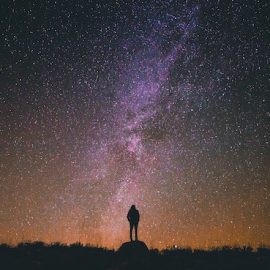 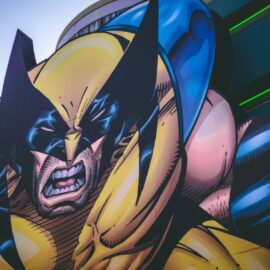