Who was Bill Smith in Killers of the Flower Moon? What did he have to do with the Osage murders?

Bill Smith was a white man married to an Osage woman, and he was a victim in the murder conspiracy that lead to the deaths of many Osage.

Anna’s immediate family included her sisters, Mollie Burkhart and Rita Smith, and her mother, Elizabeth Kyle. Mollie was married to a white man named Ernest Burkhart, a native of Texas who had moved to Osage County as a young man. Rita and Anna had also married white men. Bill Smith was the husband of Anna’s sister, Rita.

In February 1923, a man named Henry Roan was murdered. The murder of Roan created an atmosphere of terror and paranoia that ripped the community apart. People began to suspect their neighbors, friends, and even family of being involved in the deadly conspiracy. Bill Smith, Mollie’s brother-in-law, had been looking into the killings on his own, unable to shake the suspicion that his mother-in-law, Lizzie, had been poisoned.

He and his wife Rita, Mollie’s sister, began to receive threats and intimidating “warnings” as Bill appeared to get closer to the truth, especially after he discovered a connection between Roan’s murder and local criminal kingpin and bootlegger Henry Grammer. It seemed that that Roan had told people he was headed to Grammer’s ranch to get some illegal whiskey right before he disappeared—and that Anna Burkhart had often visited Grammer’s ranch as well. Rita and Bill Smith fled their home in early 1923, believing that they were being targeted. Bill confided to his friends that he “didn’t expect to live long.”

On March 10, 1923, the house that Rita and Bill Smith had moved into exploded in a thunderous blast, just before three o’clock in the morning. Neighbors heard the explosion for miles around, with the force of the blast blowing out windows in the neighboring town of Fairfax. Nothing remained of the house but twisted metal and burnt furniture.

A party of searchers, including Ernest Burkhart, arrived on the scene and found Bill Smith, burnt nearly beyond recognition. Rita’s mangled and charred remains were pulled from the rubble. The body of their young servant, Nettie Brookshire, was never found—most likely, her body entirely melted away in the blast, leaving no remains.

Bill recovered consciousness two days later, in unbearable physical agony and emotional despair upon learning of his wife’s death. The doctor David Shoun, one of the two brothers who had presided over the autopsy of Anna Brown, claimed that Bill Smith revealed no details of what he knew about the explosion or the murders that had preceded it before his death on March 14.

By this time, the spate of killings had become known as the Osage Reign of Terror. In April 1923, the Governor of Oklahoma sent the top state investigator, Herman Fox Davis, to Osage County. Some Osage held out hope that an outside agent would get better results than the local authorities. But Davis proved to be just the latest in a long line of corrupt and incompetent state and local law enforcement officials. Almost immediately after arriving in Osage County, he was caught taking a bribe from the operator of a local gambling ring. Davis would be convicted of bribery in June 1923.

But there were still white people who sought to obtain justice for the terrorized Osage. In June 1923, a local attorney named W.W. Vaughan spoke to an Osage friend of his named George Bigheart, who was in an Oklahoma City hospital, dying from what both men suspected was poisoning. At this meeting, Bigheart relayed critical information that he had obtained about the killings and passed along some documents that would point to those responsible for them. Vaughan stayed at Bigheart’s side until Bigheart finally passed away. Vaughan then called the Osage County sheriff, who had replaced the disgraced Freas, to tell him that he had new information on the case and was taking the first train back to the county to fully brief the authorities.

But Vaughan never got to share what he’d heard from Bigheart. The attorney’s body was found near the railroad tracks three days after he placed this call to the sheriff. He had been strangled to death, stripped naked, and thrown from the train. The documents he’d obtained from Bigheart were gone.

Bill Smith was a victim of a murder conspiracy that aimed to take away the oil wealth of Mollie Burkhart and her family. Eventually, the plan to murder Mollie’s family was revealed, and the person who lit the explosion at the Smiths confessed. 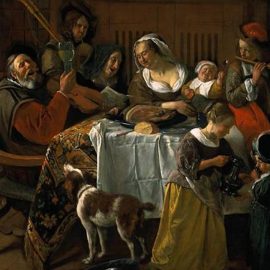 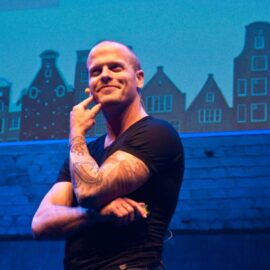 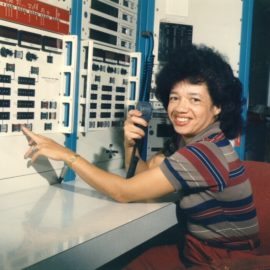 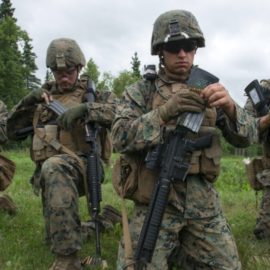