Are you wondering what makes a successful team? In what ways do most businesses focus on the wrong achievements?

Here’s why ambition, freedom, and integrated purpose are what makes teams successful.

Building and Maintaining an Effective Team

In modern businesses, Jeff Sutherland (the author of Scrum) insists, too much emphasis is put on individual achievements, rather than the team’s accomplishments. But he argues that the team, not individuals, is creating a product, so it’s important to focus on collective performance. This holistic approach to management, emphasizing teamwork, is a pillar of the Scrum framework. Sutherland describes the three common characteristics of successful teams.

Here’s what makes a successful team, according to Jeff Sutherland.

When creating a product, a team must aspire to be great. Without ambition, or what Sutherland calls transcendence, it’s impossible to achieve great things. Just the decision to strive toward a higher goal can be enough to rise above mediocrity. From a leadership perspective, it’s vital to instill in your team a common objective and to explain why that objective is worth pursuing.

Sutherland says one way to inspire your team is to challenge them. Set lofty goals, ones worth achieving, and the team will have a strong sense of purpose.

Once an objective is set, Sutherland says, let the team figure out how to achieve it. A team should organize and manage themselves and be empowered to make their own decisions. This freedom, or autonomy, leads to a happier and more effective team. If people feel they’re being constantly guided by management, it can be deflating. Not only does it rob them of their ambition, but it also stifles their creativity. Both of these can lead to a drastic reduction in productivity.

As a leader, you shouldn’t tell your team exactly what to do or how to do it. Rather, you should provide them with an objective and the necessary tools to complete it. Set expectations, then step back and let them work.

(Shortform note: A results-only work environment (ROWE) is a management strategy that allows for a great deal of freedom. In a ROWE, you measure and compensate employees by their output, or results, rather than the hours worked. Studies show that ROWEs can increase a company’s productivity, retention rate, and employee happiness. Best Buy, for example, implemented ROWEs in the early 2000s. Between 2005 and 2007, voluntary turnover dropped 90% while productivity increased 41%.)

In a traditional business setting, one that uses the Waterfall model, there are usually separate teams assigned to each task. Once each task is completed, it’s then handed off to the next team. This “handoff model” is slow and tedious, doesn’t allow for the quick correction of mistakes, and cultivates a culture in which communication between teams isn’t valued. For example, you might have a design team, a marketing team, a sales team, and a production team, all meant to stick to their own specific assignment.

Sutherland argues that the handoff model isn’t an effective way to work and that instead, your team should have integrated purpose, or what he calls cross-functionality. Team members should have various specialties but not a strict separation of duties. The team should be constantly feeding off each other’s skills. Collectively, the team should have all the tools and information necessary to complete the project, and they should be in a continual state of collaboration. This way, everyone on the team knows where they stand. If something changes, the whole team knows right away. If a problem occurs, the whole team works to fix it immediately.

(Shortform note: Experts caution that although teams should have some ability to take on each other’s roles, you should still allow for some specialization: When building a creative workplace, intellectual diversity is a key component. A team that is intellectually diverse has a wide range of experience, opinions, and perspectives. Teams with different perspectives and life experiences are better able to come up with creative solutions than teams whose members all think alike. With different backgrounds comes different ideas, and thus a more well-rounded, nuanced, and comprehensive approach to problem-solving.) 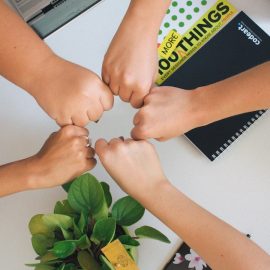 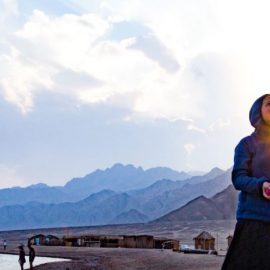