What makes an effective team? What are the qualities that enable team members to perform effectively in stressful situations?

In Team of Teams, General Stanley McChrystal considers examples of effective teamwork in critical situations in military contexts. Analyzing these examples, he came to the conclusion that there are four qualities that make an effective team: empowerment, shared consciousness, trust, and awareness of the whole.

Learn about the four characteristics of an effective team, according to Stanley McChrystal.

What Makes an Effective Team?

In 2004 in Iraq, the U.S. Joint Special Operations Task Force was struggling to counter Al Qaeda, which was spreading sectarian discord and violence to undermine the shaky Iraqi government.

When General Stanley McChrystal took command of the task force, he realized he must transform it to operate in an entirely new way. Contrary to his West Point training as an engineer, McChrystal had to accept that he couldn’t defeat Al Qaeda with a centrally planned and controlled solution. Instead, the task force had to shift to adaptability.

Agility and adaptability are key features of small “mission-critical” teams such as commando units, but they’re not typically features of large organizations like the task force. However, McChrystal learned how to scale up small-team success to the organizational level by creating a “team of teams,” in which units collaborated the same way individual members do on small teams.

Team of Teams is the story of how McChrystal transformed the task force in the middle of a war— a task he likened to a sports team switching from football to basketball in the middle of a game—requiring it to discard familiar equipment as well as every preconception about teamwork. Drawing on both military history and management theory, McChrystal suggests that there are four qualities that characterize an effective team: empowerment, shared consciousness, trust, and awareness of the whole.

For teams to respond effectively in a crisis, members need to be empowered to act quickly on their own based on their training, rather than waiting for instructions from authorities who aren’t present or who can’t formulate a response to every aspect of a complex situation. They also need to act with a shared consciousness or team mindset.

Two examples of critical airline incidents illustrate the importance of empowerment. The key difference between the two incidents was that in the first, crew members felt empowered to act immediately (adapt), while the second crew followed a command-and-control structure in which they waited for the captain’s orders (they failed to adapt).

The story of US Airways Flight 1549 is well-known. It was the plane that Captain Chesley Sullenberger landed safely on New York’s Hudson River in 2009 after hitting a flock of geese, which disabled the engines.

The crew had only moments to respond to the crisis, which occurred at only 2,000 feet (emergency training addresses engine failure at 20,000 feet but not below that). Every member of the crew sprang into action without being told what to do. In less than four minutes, they turned the plane around, prepared for a crash landing, and splashed down on the Hudson. Everyone on board survived as a result of the empowered teamwork—Sullenberger wouldn’t have had time to assign and supervise all the crew members and still land the plane safely.

The tragedy began when the aircraft developed a minor problem with landing gear while nearing Portland—the gear was down but the crew didn’t know it due to an indicator light not working. When they finally determined the gear was down, they weren’t sure the wheel suspension was working, in which case the wheels could collapse upon landing.

Rather than functioning as an adaptive team, the crew waited to act until they received instructions from the captain, who alone decided what steps to take. The crew then spent 70 minutes following instructions to prepare for an emergency landing—which was five minutes beyond the plane’s fuel capacity. The captain was so focused ensuring that everyone followed their protocols for a rough landing that he didn’t check the fuel gauge. The plane lost its engines before reaching the runway, and it crashed into two empty houses and many trees.

Along with empowerment, shared consciousness, or a team mindset, is another quality that enables teams to perform effectively. A Navy SEAL team’s response to a 2009 incident in which Somali pirates boarded a U.S. container ship off Somalia and seized the captain illustrates how shared consciousness works.

Three pirates held the captain, Richard Phillips, at gunpoint on a small lifeboat. Two Navy ships arrived on scene with three Navy SEAL snipers who’d been air-dropped onto one of the ships. Through night-vision scopes, the SEALs watched and waited for the right moment to shoot. Suddenly, all three fired simultaneously from 75 feet away, each striking one of the three pirates in the head without injuring Captain Phillips.

The SEAL team succeeded because of their skills but also because they became essentially one mind, thinking as a unit. Sharing a collective team consciousness, they each came to the decision to fire at the same time. Additionally, although they were in constant contact with their commander, the snipers acted on their own (they were empowered) in choosing the moment to strike.

For the SEAL snipers and for the US Airways Flight 1546 crew that landed on the Hudson, the team’s structure (empowered members acting in concert) rather than a preordained plan was the successful strategy.

Besides empowerment and shared consciousness, trust and purpose are critical to effective team functioning. Navy SEAL training is designed to build trust and purpose so SEALs can function effectively (as the snipers did) as a unit.

In SEAL training, trainees rarely do anything alone (not even walking to meals). At minimum, they complete tasks with a partner. They’re divided into crews of five to eight that work together for the six months. They develop trust and learn to function within a small group, communicating, negotiating, and taking cues from each other.

Teams whose members know and trust each other unequivocally perform better. Like the snipers who rescued the ship’s captain, these teams are capable of organizing a coordinated response on the fly in environments where the complexity exceeds a single leader’s or commander’s ability to predict an outcome or control and monitor the response.

Building Commitment to a Purpose

In addition to building trust, SEAL training ensures that each team member is in sync with their unit’s function, the mission objectives, and their individual role. Part of building this commitment involves making the training so onerous that only the most committed believers in the unit’s purpose stick it out—this level of dedication is critical when teammates put their lives on the line for each other and the mission.

A Sense of the Whole

In order for team members to work toward the same goal, they first need an understanding of what the goal is. This contrasts with command structures, like Taylor’s factory assembly lines, where workers didn’t need to know the company’s goals, only how to follow directions.

In addition to the overall goal, all members must understand the current playing field. In volatile situations, SEALs are taught to monitor the operation as a whole, much the way soccer players keep track of the whole field. Having a sense of the whole allows SEALs to assess risks and know what actions to take in relation to other team members. They are all responsible for the team’s success and act to ensure it.

The Role of “Emergent Intelligence“

Another feature of an effective team is “emergent intelligence.” Emergence refers to the way something comes together as a result of many low-level actions without a coordinating force. Order emerges from the bottom up as opposed to being directed top down.

An example of emergence is Adam Smith’s concept of the “invisible hand,” where free markets are shaped by the individual actions of many buyers and sellers rather than a centralized design. Similarly, an ant colony’s structure is the result of the instinctive behavior of millions of individual ants doing various things such as digging and foraging. The colony comes together although no individual ant has the brainpower to organize it. (It’s a myth that the queen manages an ant colony—her sole purpose is to reproduce.)

In teamwork, innovative solutions can emerge through the interactivity of the members without direction from an authority. Whether you have multiple computers (networking) or multiple people acting as a unit (referred to as group cognition), you can solve bigger, more complex problems with emergent intelligence.

Building an effective team requires both the visible hand of authority integrating the members and the invisible hand of emergence creating organic solutions. SEAL training is designed to foster emergent intelligence to solve problems that can’t be predicted or planned for.

Every Effective Team Must Have These 4 Qualities 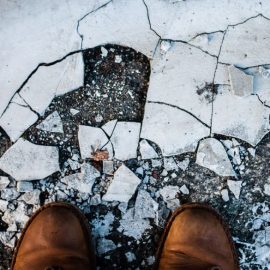 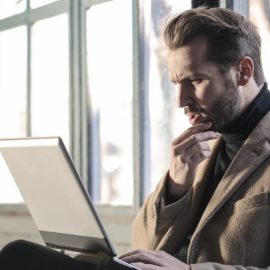