The Waterfall Model (or the “Waterfall Method”) is one of the most common management methods in America. This model uses a step-by-step approach to project management where each stage has a set deadline and budget. It sounds good in theory, but projects using this method typically end up behind schedule and over budget.

To better understand why Jeff Sutherland’s Scrum Method is so effective, it’s important to understand the ways most American companies have operated since the beginning of the 20th Century. When planning a complex project, businesses generally used a comprehensive, step-by-step approach. Each part of the process is laid out in great detail, and each milestone has a specific deadline. Commonly known as the “Waterfall Method,” this meticulously structured planning can be depicted using a chart like this one:

Problems With the Waterfall Method

Sutherland claims projects that use the Waterfall Method usually end up way behind schedule and way over budget. This isn’t the fault of the people involved, but with the system being used, which creates a myriad of issues. Here are the six disadvantages of the Waterfall Model.

When management tries to impose a precise method to accomplish a task, it fails to take into account how often things change and develop as you work on them. When you try to control a process down to the most minute detail, you leave the team with little room to adapt and reorganize.

(Shortform note: The human ability to adapt is one of our greatest strengths. Our capacity to share knowledge and create culture is what differentiates us from earlier ancestors and other primates. Because we have evolved to adapt to quickly changing environments, allowing for adaptation in the workplace is playing to our strengths.)

One of the biggest problems of the Waterfall Method is the amount of time it takes to plan a complex undertaking. Since the plan is likely to change as you work on it, time that you spent creating the original plan ends up being wasted—all that time and effort could have been spent on more useful tasks.

(Shortform note: This is not to say that all planning is bad or a waste of time. You must have some kind of idea of what you’re doing and how you’re going to do it. For example, the book Eat That Frog! says that one minute of planning can save up to ten minutes in implementation. The problem with the Waterfall Method is that it tries to plan everything ahead of time.)

Another frequent misstep in project management is the tendency to throw money at a problem even after it’s clear that it’s not fixable. You’ve already invested all this time, effort, and money on this strategy, so why not spend even more time and money trying to fix it? This is the kind of thinking that leads to being chronically late and over budget.

(Shortform note: The tendency to continue with a plan that isn’t working is known as the sunk cost fallacy. Many projects fail because they spend too much money trying to rectify problems instead of changing course. Ryan Holiday, in Ego is the Enemy, recommends cutting your losses before it’s too late.)

The rigidity of a strict plan also leads to another undesirable consequence: micromanagement. Most people have experienced this: An overbearing boss or supervisor, whose attempts to control every aspect of work, ends up stifling employees. The Waterfall Method leads to micromanagement because the managers want to make sure everything is going exactly according to plan, so they look to exert more control over the entire process. Micromanagement is not only bad for employee morale, it causes a much more inefficient workplace.

(Shortform note: In The Leadership Challenge, James Kouzes and Barry Posner discuss the dangers of micromanaging from a leadership perspective. They argue that trust is a key factor in being a good leader, and micromanagement erodes trust between managers and employees. A good leader will trust her employees to get the job done without constant supervision. You can create a climate of trust by being the first to trust, showing empathy, and sharing knowledge.)

5. Lack of Inspiration and Creativity

Another aspect of productivity that traditional management fails to address is the importance of autonomy and creativity. When a team is told to follow a specific set of goals and also told exactly how to accomplish them, they’ll feel boxed in by the limitations. Instead of coming up with new ideas and solutions, workers find themselves stuck following the very guidelines that led to this rut in the first place. It can be a vicious cycle that’s hard to escape.

(Shortform note: Pixar co-founder Ed Catmull writes about the importance of creativity in Creativity, Inc. Catmull believed fostering a creative workplace helped set Pixar apart from competitors. He gives three tips for building a creative workplace: Promote candor, overcome fear, and embrace failure. These are all strategies that align with the Scrum method and differ from the Waterfall Method. Catmull also gives us eight tools to sustain creativity, which include promoting research, building learning opportunities, and experimentation.)

While working on a complex endeavor, communication and clarity of direction are paramount. With the Waterfall Method, the separation of duties may lead to a lack of communication. Also, executives may try to increase productivity by increasing the size of their workforce. This causes more problems than it fixes: The larger the team, the harder it is to keep everyone on the same page.

(Shortform note: Experts say that in a modern, remote workforce, it’s even more important for management to purposefully maintain open lines of communication with employees because remote workers don’t engage in casual, “water cooler” chat which, in an in-person workspace, would allow for more natural communication. Furthermore, because communication is stretched thinner when working remotely, managers must make sure instructions and expectations are accurately communicated to employees.)

6 Disadvantages of the Waterfall Model 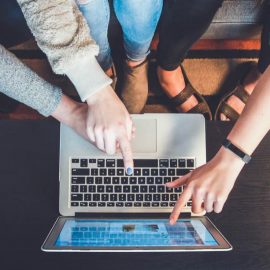 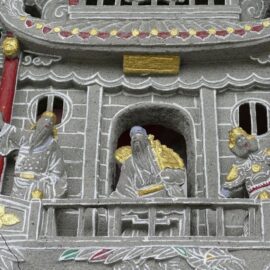 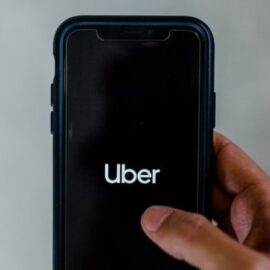