Do you feel uncomfortable negotiating for what you want in life? Do you know what negotiation skills and negotiation tactics you need to be successful?

Negotiation is a part of life, and we all want to know how to do it successfully. We’ll cover how to develop effective negotiation skills and how to use the most essential negotiation tactics.

How to Build Effective Negotiation Skills

You can develop your effective negotiation skills through practice. Use the following tips to guide you:

How to Improve Your Negotiation Tactics

Sometimes, despite your best efforts to practice principled negotiation, the other side insists on the traditional adversarial method of positional bargaining. There are three ways you can try to shift their focus to merits (facts and evidence):

As you get comfortable using the negotiation tactics, you’ll improve your negotiation skills as well.

When the other side takes a firm position, it’s tempting to criticize and reject it. When they attack your proposal, you’ll want to forcefully defend it. But if you get into a mode of pushing back and forth, you’ll waste time and won’t get anywhere.

Instead, when they push, don’t push back. Don’t reject their position, defend yours, or counterattack. Refuse to act and you’ll interrupt the dynamic. Play conversational jujitsu by avoiding a direct response and channeling their energy toward the interests, options, and criteria. This takes considerable negotiation skill, but you can develop that skill.

Launching an offensive in positional bargaining often has three aspects: aggressively arguing their position, attacking your proposals, and attacking you personally. Here’s how to respond indirectly:

When you’re deadlocked and unable to shift negotiations from positional to principled, it may be time to bring in a mediator. Mediators often use an approach called the ‘one-text’ process to come up with a fair agreement acceptable to both sides. Here’s how it works:

It also speeds up and simplifies the negotiation process by narrowing the options to one. You can use the method without a mediator: Just prepare a draft and ask the other side to critique it. Use your negotiation skill of patience to avoid getting fed up with the other person or the process. It works well in two-party negotiations, and is even more useful in multilateral talks as a way of streamlining a complex process.

The one-text approach was the basis for the Camp David agreement between Egypt and Israel in 1978. In the role of mediator, the U.S. prepared a draft, asked for critiques, and continued to improve it. After 23 revised drafts, President Jimmy Carter presented a recommendation and both sides accepted it.

There’s an array of strong-arm tactics that hard bargainers may use in an effort to get you to succumb to their position, including lies, pressure tactics, and psychological tricks. They’re designed to be used by only one side, without the other side knowing they’re being manipulated.

The targets of these tactics typically:

The only effective way to counter these tactics is to use the techniques of principled negotiation to establish how you’re going to negotiate (the rules of the game). Let’s look at some of these negotiation skills and tactics.

Call Out the Tactic

Follow these steps: recognize the tactic, call attention to it, and question its validity as a tactic. Use the tactic as the basis for discussing how to negotiate constructively.

Often just calling attention to the tactic will blunt its effectiveness and cause the other side to worry that they overplayed their hand and alienated you. As a result, they may drop it. But the important thing is that you can now negotiate the process. Setting aside substance temporarily, shift your aim to getting a fair agreement on procedure.

The method remains the same:

Underhanded tactics fall into three categories: deception, psychological abuse, and pressure for concessions. Being able to identify these tactics is an important part of developing your negotiation skills. Let’s look at specific ways to deal with each.

Psychological abuse as a negotiation tactic is aimed at making you uncomfortable so you want to end as soon as possible. Examples include: creating stressful situations, personal attacks, threats, and a good cop/bad cop routine. In response, you can ignore these tactics or call them out. In the case of threats, you could point out potential consequences, or call them out and ask for agreement to use more constructive behavior. These options require the negotiation skills of clarity and courage.

Positional pressure negotiation tactics are intended to force you into making concessions. Examples include:

Using your negotiation skills of patience and acumen will help you identify when you need to use negotiation tactics like the “One-Text” approach.

Start Planning for Your Future in Your Twenties 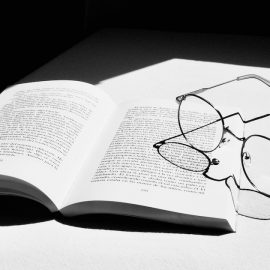