Do you want to improve your negotiation skills, and more generally, become a more competent communicator? What are some negotiation tactics you can practice?

According to former FBI hostage negotiator Chris Voss, negotiation is more about emotion than logic. Thus, the most effective negotiation tactics are those that are geared towards appealing to the emotions of your opponent.

According to Chris Voss, it is emotion, not logic, that determines the success or failure of negotiations. Being emotionally intelligent and empathetic is how you draw the crucial information out of your counterpart that gives you a decisive advantage. You get what you want by gaining a deeper understanding of what they want.

This approach flies in the face of a lot of traditional, old-school negotiating theories. Never Split the Difference argues that rational self-interest, win-win negotiating, getting to yes, and other traditional negotiation tactics are incomplete—they ignore the actual human beings doing the negotiating. We’re not robots, precisely calculating our best interests and formulating rational offers and counter-offers designed to maximize our utility.

Instead, we’re highly irrational and emotional beings who have to make decisions with incomplete knowledge. We suffer from cognitive biases that prevent us impartially assessing alternatives. Understanding this is the key to getting what you want from other people: which is all that any negotiation is.

All the negotiation tactics in Never Split the Difference are designed to help your negotiating counterpart forge a genuine human connection with you. This isn’t meant to be touchy-feely: it’s meant to tap into how human beings come to trust one another and share critical information with one another.

We are emotional, not rational creatures. We want to connect with people who we believe are similar to us, who understand us, and who make us feel less alone. Getting the person on the other side of the table to see you as being perceptive, insightful, warm, and welcome is crucial to establishing the basis of trust that will power you to successful negotiations. You’re not there to bombard them with facts or bully them into submission: you’re there to listen, to empathize, and to help them see that solving your problems solves their problems as well.

These are the key negotiation tactics that you use to turn human emotions to your advantage.

People want to know that you’re hearing their views and internalizing what they have to say. They’ll feel isolated and alone if they think they’re talking to a brick wall. Active listening is how you tune out your own internal commentary and focus only on what the other person is saying.

Usually, we are only passively listening: hearing only what we want to hear and filtering out everything else. When you show your counterpart that you’re actively listening, they’ll be able to trust you, let their guard down, and share information with you.

You can signal that you’re actively listening by not rushing them and using a calm, friendly, and upbeat speaking voice.

When you reply to someone, use the same last three words that the person has said. For example, when someone says, “I can’t believe that you were so insensitive,” you can repeat, “I’m sorry that I was so insensitive.”

People are drawn to what’s similar and are distrustful of things that seem alien or different. By imitating their speech patterns, you’re signaling to the other person not only that you’re hearing them, but that you’re like them too.

Practicing tactical empathy makes someone’s behavior not only more understandable, but also more predictable. You’ll be able to anticipate their next move.

This is a way to practice tactical empathy. It involves identifying and vocalizing someone else’s emotions through neutral, qualified, third-person phrases like, “It seems like you’re…” “It looks like you’re…” or “It sounds like you’re…” This acknowledges their emotional state and makes them feel less alone. You demystify and defuse their fears and anxieties by bringing them out into the open.

You use an accusation audit when you label your counterpart’s negative emotions about you specifically by listing every bad thing they could say about you at the beginning of the negotiation, nipping it in the bud. For example, you could say, “Listen: I totally understand if you think I’m withholding information from you, trying to confuse you, or even outright lying to you.”

This defuses the situation immediately and puts it all right out there in the open. You then ask for input based on that list, knowing that they’ll want to reassure you that you’re not as bad as you’ve portrayed yourself. Your accusation audit causes the other party to seek common ground.

A lot of standard negotiation tactics are geared towards getting your counterpart to say “yes.” These theories see “no” as a barrier to be overcome. But this view has it backward: you want your counterpart to say “no.” Why? Because it puts them in a position of control: they’re setting boundaries and demonstrating their autonomy. You’re clearing the way for real negotiation by giving them the freedom and agency to draw their own limits. By getting them to identify what they don’t want, you can get down to what they do want. And once they’re revealed what they really want, you have the upper hand.

7. Summarize to Earn a “That’s Right”

Active listening will give you keen insight into how someone sees the world. Once you do this, you can use a powerful tactic to show how much you understand them: summarizing. When you accurately summarize in your own words what someone has to say (going a step beyond mirroring), it shows them that they’ve made a breakthrough in your mind.

Then, you’ll hear them say two words that can transform the negotiating environment: “that’s right.” When someone says this, they’re crediting you with seeing things their way. They feel that they’re dealing with someone who understands and respects their point of view. When they pronounce you to be correct in your evaluation of them, they also provide a valuable window into their true motivations and desires. This is like a roadmap of their mind that gives you a powerful and potentially decisive advantage.

The Framing Effect causes us to evaluate risks and rewards largely based on how they’re presented to us. People are motivated more by fear of losing something than hope of gaining something, even if the loss and gain are the same. Knowing this, you can frame your preferred solution as one that prevents your counterpart from incurring a loss.

When you hear something you don’t like, don’t just say “no.” Ask open-ended “how” or “what” questions like, “How am I supposed to do that?” or “What are we really trying to accomplish here?” They prompt longer answers, which reveal key information. They also introduce ideas and requests without seeming pushy or aggressive: you ask without asking.

Crucially, calibrated questions put your counterpart to work helping you. They’re giving you the answers and helping you solve your problem. Lastly, they’ll buy into the solution and commit to it because they’ll think it’s their idea.

There is always some unknown piece of information that has the potential to completely transform the dynamic of any negotiation. “Unknown Unknowns” or Black Swans are the bits of information we lack— and don’t know that we lack.

You can uncover these hidden gems by paying attention to subtle verbal and nonverbal cues. Your counterpart might not know how important their Black Swan is. Your task is to uncover it by asking the right questions. Those who can best identify and exploit the unknown unknowns come out on top.

For example, a car dealer might inadvertently reveal to you that the dealership has more of the particular model of car that you want than could ever hope to sell. In this case, knowing that they’re paying high inventory costs could give you an opportunity to get a great deal: they’ll be eager to sell even at a low price just to cut down on those inventory costs.

As a shortcut, you can also follow a simple Ackerman Model to squeeze more value out of your negotiations. Briefly, this plan tells you to: 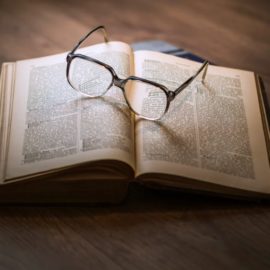 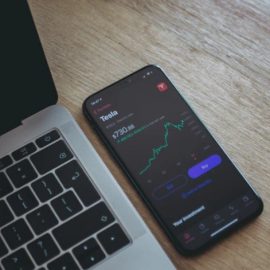 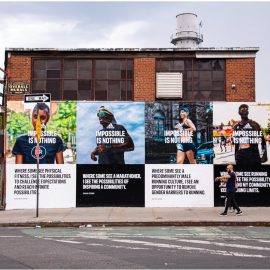