Read on to learn about mortgage discrimination and how to identify lending issues.

Although various federal statutes have aimed to level the playing field between borrowers and lenders, the contemporary mortgage market is dauntingly complex and there may be mortgage discrimination. Mortgage shoppers now have to know the difference between fixed-rate loans (whose interest rate stays the same for the life of the loan) and variable-rate loans (whose interest rate fluctuates with the market), recognize teaser rates (a lower initial rate that often balloons after that initial period ends), and somehow take into account fees (administrative charges by the issuer), points (payments that result in lower interest rates), and penalties (for example, for paying off the loan early).

Some of these options may benefit a borrower with a particular financial picture, but many of them, as one might expect, tend to benefit the lender. Economist Susan Woodward analyzed over 7,000 loans insured by the Federal Housing Administration and discovered the following instances of mortgage discrimination and related issues:

As implied by Woodward’s findings, mortgage brokers can take advantage of borrowers, especially when those borrowers are subprime (i.e., at high risk of default). One way bad-faith brokers can dupe buyers is by inviting them to “customize” their interest rate or monthly payment by paying points on the loan. Since buyers often borrow money to pay the points, this option effectively increases the size of the loan and more often than not results in a bad deal for the borrower. (General rule: Don’t opt for points.)

This issue is related to mortgage discrimination. Unethical brokers may also delay or obscure information that they’re legally required to supply to borrowers. For example, a broker may withhold the “good-faith estimate” of the loan—which includes all terms and fees—until the borrower is about to sign the mortgage or close on the house. At that point, borrowers are less inclined to throw a wrench in the works by reviewing all the loan documents. (General rule: No matter how close you are to securing a loan or closing on a purchase, take the time to read over all the documents carefully, including the fine print.)

One way to reduce the complexity of contemporary mortgages is to implement one of two versions of the RECAP (Record, Evaluate, and Compare Alternative Prices) system. In the simplest version, lenders would have to report the costs of the loan in two categories: fees and interest. In the slightly more complex version, the fees could be itemized, but they would have to add up to a single number (which could then be used to compare various mortgages across lenders).

The interest category in the RECAP system would include greater detail than is customary now. For example, the report would feature a schedule of payments over the lifetime of the loan so borrowers know exactly what they’ll be paying when.

Lenders would also be required to supply borrowers with machine-readable versions of their reports, with all fees and rates included. Thaler and Sunstein predict that with the standardization of these reports, third-party firms will appear that can analyze these reports and compare them. They also predict the RECAP system will make shopping for mortgages online easier, a key feature for women and African-American borrowers: A study of automobile shoppers found that buyers from these two social groups paid less online than they did when they went to a dealership.

(A RECAP system for mortgages, if it had been implemented at the time, might have reduced the effects of the 2008 financial crisis. Both borrowers and lenders would have had more information about the contractual obligations they were agreeing to, and the risks of subprime loans would have been more apparent.) 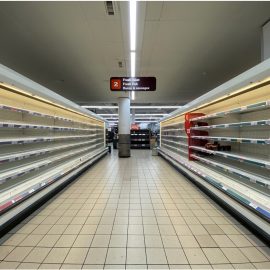 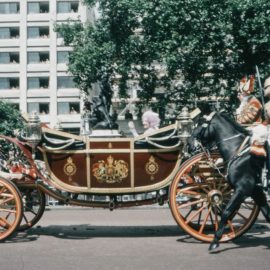