How do people make moral choices? What is the key factor that determines whether people will do the right thing, ethically speaking?

In psychology, morality is a subject that has been studied extensively. One of the key influences on people’s moral decisions seems to be distance—how far or close they are to the situation both physically and emotionally.

Keep reading to learn about the psychology of morality.

How close we are to a situation greatly affects how we respond to it. For instance, we might jump into action if we see a child in danger but not feel compelled to act if we read a story about child abuse. Similarly, if we know the child who’s in danger, we’re much more likely to do something about it.

How directly we act upon a situation also changes how we approach it. Notably, people generally consider allowing a bad thing to happen to be much more acceptable than doing a bad thing personally; in Sapolsky’s terms, omission (failing to prevent an act) isn’t as bad as commission (committing the act). For example, I might allow someone else to vandalize a disliked neighbor’s house, even if I would never vandalize it myself.

Finally, as with many things, we aren’t totally rational in our moralizing. People who would never steal physical copies of music albums or video games will happily (and illegally) download them from the internet. The reduced risk of getting caught may explain that to some extent, but there’s also the fact that clicking a download link doesn’t really feel like stealing, and thus pirating feels more acceptable than tucking a CD into your jacket does. There’s also a greater sense of distance—both physical and emotional—between you and the victim: Rather than stealing from a shopkeeper whom you can see and talk to, you’re stealing from an artist who might be on the other side of the world.

In psychology, morality is considered subjective: People don’t all share the same morals—even people raised in the same cultures can have wildly different ideas of what’s right and wrong, based on their own experiences and predispositions.

To help understand how a person develops a personal moral code, psychologist Lawrence Kohlberg breaks moral development into three stages, with each stage helping to shape the ones that come after it:

1. Pre-conventional: the earliest and least-developed stage of morality, where the person’s ideas of right and wrong are based on obeying authority figures and avoiding punishment. In other words, the person doesn’t yet have what we’d recognize as a moral code, just a set of rules to follow.

2. Conventional: the stage of morality when the person simply accepts what society says is right and wrong. This differs from the previous stage because the person is now doing what he or she believes is right, rather than just seeking praise and avoiding punishment. In other words, the person does have a moral code, it’s just a reflection of the moral codes of others.

3. Post-conventional: the final stage of moral development, when the person begins developing his or her own moral code. That code will be heavily influenced by the previous two stages, but at this point the person recognizes that people have different ideas of what’s right and what’s wrong. For example, one person might believe that stealing is always wrong, while another might believe that stealing to feed your family is the right thing to do. 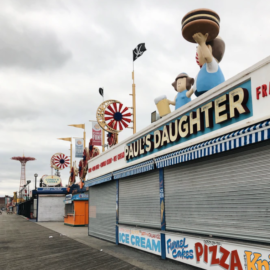