Why is teamwork so important when it comes to making changes in an organization? How do you build trust in a team?

In the fable Our Iceberg Is Melting, the main character, Fred, noticed that the iceberg his colony lives on is full of cracks and won’t survive the winter. He puts together a meeting to initiate change, but that’s only the first step when it comes to making major changes, The second step is to make a team.

Continue below to learn how to to build trust in a team, according to John Kotter and Holger Rathgeber.

In the fable Our Iceberg Is Melting, the second step, after initiating the change, is to form a team to lead the change. In the story, the Leadership Council forms a team because nobody can solve this problem on their own.

(Shortform note: When you need to solve major problems, working with others is crucial. So why do so many people try to go it alone? It may be due to a lack of trust: One study suggests that only 32% of leaders worldwide believe their teams have the ability to meet their goals. We’ll discuss how to develop trusting teams below.)

Once the Council had convinced most of the other penguins that something was wrong, Louis—as head of the Council—assembled a skilled and qualified team. Although every team member has weaknesses (such as a lack of knowledge or social skills), they all bring specific strengths to the team: One penguin has experience, one’s a good project manager, one’s particularly curious, one’s highly knowledgeable, and one has exceptional people skills. It would take all of them working together to find the answer to the colony’s problem.

After choosing who he wanted on the team, Louis announced that he hoped that they’d all choose to help, but he wasn’t ordering them to work on the project. That was the first step toward turning this group of penguins into a real team—letting them all decide that they wanted to be there and building trust.

However, even once they’d all agreed to help, they found that they were having trouble working together. Each of them had a different vision, and different ideas of how to realize that vision. Therefore, the next step was a team-building exercise: a squid hunt.

Building trust in a team is super important and team-building exercises can be valuable because they help team members learn each others’ strengths and weaknesses, and how to communicate effectively with one another.

By giving a group an enjoyable and rewarding experience together, you can mold very different people into an effective team. 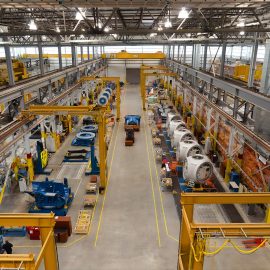 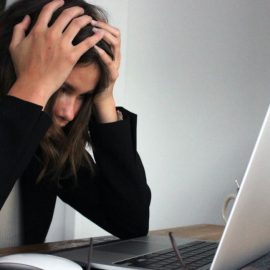 Effects of Gender Inequality in the Workplace