People who are always unhappy in life often struggle to form meaningful or strong relationships. The two top reasons for this are that unhappy people see others as competition, and they believe that mutual sacrifice is necessary.

Learn why these two negative beliefs could be holding you back from a healthy relationship.

Unhappy people’s need for external approval doesn’t just make them feel bad about themselves—it also actively prevents them from forming healthy relationships with others. Kishimi and Koga make it clear that as long as you’re trying to earn someone else’s approval, it’s impossible to forge a mutually satisfying relationship with them.

(Shortform note: In Attached, Amir Levine and Rachel Heller offer a counterargument: Not only is it possible to forge fulfilling romantic relationships without abandoning a dependence on external approval, healthy relationships require a constant stream of mutual approval and support. Levine and Heller argue that we’re only able to reach our full potential as independent individuals if we have a “secure base” of a loved one’s reliable approval.)

The authors argue that seeking approval from others disrupts your relationships for two reasons. Let’s explore each in detail.

Kishimi and Koga argue that unhappy people choose to see life as a competition and other people as adversaries—if others win, it means you lose. Why is this the case?

Recall that approval is often conditional—it depends on what you do. Some people will like you for making them laugh, others will like you for being generous and kind, and another may like you for achieving career success. These are difficult things to do, and no one would be able to do it all perfectly. This means that inevitably, someone else will be better at earning approval than you.

When others succeed, they’re raising the bar, making it more difficult for you to earn the same amount of approval. Kishimi and Koga explain that external approval is a zero-sum game—the better someone else does, the worse you look in comparison. In other words, the pursuit of external approval is, by nature, a competition, with winners and losers. For this reason, Kishimi and Koga assert that unhappy people fear the success of others. They celebrate the failures of those around them instead of offering support, preventing them from forming healthy relationships.

Another way an unhappy person’s obsession with approval harms their interpersonal relationships is by causing them to feel entitled. Kishimi and Koga argue that because unhappy people spend their lives striving to meet the expectations of others, they become resentful when others—especially loved ones—fail to meet their expectations.

The authors explain that if an unhappy person does something kind for a loved one without receiving gratitude and appreciation in return, they feel cheated. The attitude becomes: “Because I did that for you, you have to do this for me.” This kind of conditional relationship limits the freedom and happiness of both parties.

For example, imagine someone throws a lavish surprise birthday party for a friend of theirs, then gets offended when that same friend doesn’t do the same for them. In this scenario, the person who organized the party is only using their friend as a means to get something in return. If the friend feels obligated to return the favor but doesn’t want to, they’ll come to resent the original gesture. This isn’t a mutually fulfilling friendship.

Why Unhappy People Struggle With Relationships

The Pygmalion Effect in the Classroom: What It Reveals 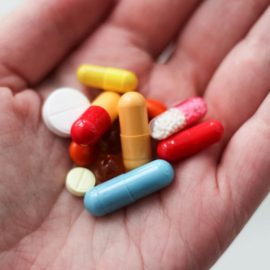 Does Medication Help ADHD? What Science Has to Say

Jumping to Conclusions: The Psychology of Biased Thinking 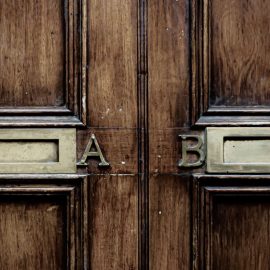 What Is Positive Stress? Psychologist Explains