What sets up a startup business for long-term profitability? What qualities must it have? Why isn’t having a monopoly enough?

In his book Zero to One, entrepreneur Peter Thiel presents creative monopolies as the solution to destructive competition, but he also cautions that creating a technological monopoly does not in and of itself guarantee the success of your startup. Thiel measures the worth of a startup by considering how much profit it has the potential to bring in ten or twenty years down the road. He identifies four traits common to startups that achieve long-term success.

Keep reading to learn these four characteristics of technological monopolies.

Thiel illustrates the importance of long-term value by contrasting traditional print media companies with social media platforms. Successful print media companies bring in steady profits, but their stock is valued relatively low because they have little potential for future growth. By contrast, social media companies often fail to make a profit during their first decade of operation, yet their stock value may soar because their revenues are growing exponentially, promising significant growth and future profitability.

Thiel cautions that many companies fall into the trap of focusing on short-term profits instead of long-term revenue potential because short-term profits are easier to track. But fixating on metrics that reflect only short-term performance can steer you away from long-term profitability. To be profitable in the long run, your monopoly must possess certain characteristics, and you must manage your company wisely.

To build a monopoly in the first place, Thiel says you have to create something unique—ideally, you create new capabilities that no one else has. If you’re just improving on existing capabilities, you need to improve them by an order of magnitude to have any chance of building a monopoly.

Moreover, to stand the test of time, your company’s unique capabilities must be difficult for anyone else to reproduce—whether because they’re protected by patents, copyrights, trade secrets, or just because you’re technologically a step ahead of anyone else, such that they can’t compete on your level.

Another key element of maintaining a monopoly is network effects. In essence “network effects” means that the value of your product is directly proportional to the number of people who use it. For example, in Thiel’s case, the more people and businesses started using PayPal, the more widely their service was accepted, and the more useful it became.

Network effects help to ensure the monopoly status of your product in the long-term, because once a lot of people are using your product, no one else can create a competing product with as much value, because they won’t start out with the same user base.

Thiel advises that to create network effects, your product must be valuable enough to its first users that they will want to share it around. As new users get their friends to start using it, your user base grows exponentially.

Economies of scale occur when your product becomes more economical to produce the more you scale up your operations. For example, in the software industry, there is an initial cost to develop an app, but once it’s developed, the cost of selling additional copies is negligible. Thus, the more copies you sell, the lower you can set your price and still make a profit.

Thiel advises you to plan out how you will scale up your business from the very beginning. Monopolies benefit from economies of scale much like they benefit from network effects, so your business model needs to scale well to support your monopoly.

Thiel asserts that your brand needs to be unassailable: If you want to hold on to monopoly status, everything about your product should be consistent with the claim that your product is in a class by itself, from the core technology to the user experience to the packaging.

The 4 Traits of a Profitable Technological Monopoly 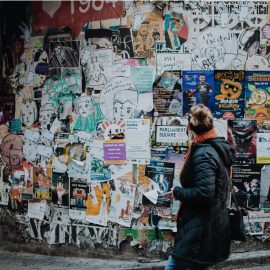 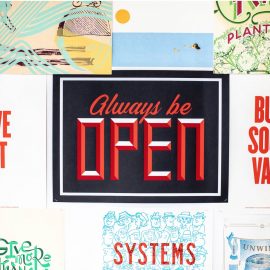