What is destructive competition? How does it hurt businesses?

What Is Destructive Competition?

The myth of healthy competition persists because competition is an ideology deeply embedded in our society. Because it distorts our thinking, it’s destructive to businesses and people. We preach and believe in competition, internalizing its commandments. But we get less, rather than more, when we compete.

The obsession with competition starts in the school system. We pit students against each other with grades. We minimize differentiation among students (like we do with business commodities in a competitive market) by teaching everyone the same subjects in the same way, regardless of individual learning styles and talents.

Students with top grades advance to higher education, where competition intensifies. High school dreams die and students become conformists, competing intensely for a leg up in conventional careers like investment banking. On the job, they compete for the same trappings of success. However, by being totally focused on competition, they lose out on the chance to do or create something new. This is called destructive competition.

In the workplace, war metaphors abound: we refer to headhunters, our sales force, captive markets, strategy, market penetration, and making a killing. But it’s competition, rather than business, that’s like war in that the rationale and results are often unjustifiable, leading to destructive competition.

Literature offers two explanations for why people compete or fight each other:

1)  According to Karl Marx, people fight because they’re different; the more they differ, the greater the conflict. The proletariat battle the bourgeoisie because they have different goals, as a result of differences in social class and wealth.

2) According to Shakespeare, opponents are often more similar than different. They fight without any reason. For example, in Romeo and Juliet, Shakespeare describes the warring houses of Montague and Capulet as “both alike in dignity.” The clans hated each other, though they couldn’t point to a reason.

Shakespeare’s explanation of senseless fighting is the more fitting metaphor for business competition. Within a company, people compete obsessively with colleagues over career advancement. And companies themselves become obsessed with competitors in the marketplace.

When businesses focus on competitors and lose sight of more important things, they end up hurting themselves in destructive competition. But as in Shakespeare’s tragedies, the futility of the conflict is evident only in retrospect.

For example, compare Microsoft and Google (Gates and Schmidt) to Romeo and Juliet (Montague and Capulet). There’s no objective reason for a company building operating systems to fight with one that built a search engine, resulting in destructive competition.

But the growing companies began obsessing over each other and creating competing products: Windows vs. Chrome, Bing vs. Google, Explorer vs. Chrome, Office vs. Docs, and Surface vs. Chrome. The obsession cost both companies their dominance—Apple surpassed them in market capitalization, exceeding the value of Microsoft and Google combined.

Besides being a money loser, war/competition spurs companies to copy what someone else is doing rather than creating new things. For instance, when the startup Square created a credit reader for the iPhone, imitators rushed to copy it by needlessly creating their own readers of different shapes.

Destructive competition can also make companies overestimate opportunities. For instance, in the 1990s, multiple companies (pets.com, petstore.com, and petopia.com) battled fiercely for the online pet supply market. They all sold the same things and had trouble differentiating themselves through price-cutting and advertising. Pets.com failed in the dot-com crash, having consumed $300 million in investment capital.

If it’s ever truly necessary to fight, a business should fight to win. However, fighting without a compelling reason is disastrous. Such destructive competition destroys rather than creates value. Smart entrepreneurs build monopolies instead. 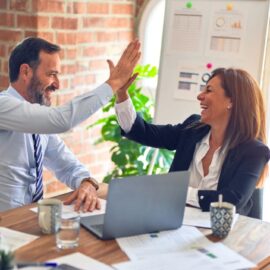 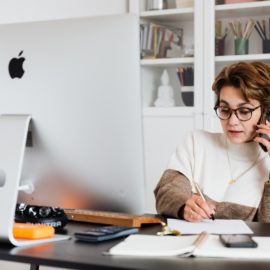