Most marketers use Facebook, even if they’re not on board with social media in general, because it has such a huge audience. In today’s market, if you want to grow your business, you should know how to promote your business on Facebook.

Keep reading for advice on how to promote your business on Facebook.

Facebook is a social media site that allows users to share text, photos, and videos with their network. Most marketers use Facebook, even if they’re not on board with social media in general, because it has such a huge audience. This is why it’s so important to know how to promote your business on Facebook.

The audience: As of December 2012, there were over a billion monthly active Facebook users, and 680 monthly users who accessed Facebook on their mobile devices. Facebook is responsible for 20% of page views in the US.

Who uses it: Facebook is used by almost everyone.

Why they use it: People go on Facebook because they want to find out what people they know are doing and socialize.

Facebook has several features that distinguish it from other social media platforms. You should know these if you want to know how to promote your business on Facebook:

Feature #1: Advanced analytics. Studying Facebook’s analytics can tell you a lot about how people work, and you can use this data to make your content more effective.

Feature #2: Huge amount of content. Part of the reason Facebook is such a good marketing tool is that there are so many people on it. However, all of these people create content yours has to compete with.

Feature #3: Free targeting functionality. Facebook offers settings that allow you to make certain posts visible to only a certain demographic, which is ideal for right hook posts. You can see in real-time if people are seeing and engaging with the posts as they like or comment.

Feature #4: Use of curating algorithms. Facebook doesn’t want users to see posts they’re not interested in (because if they get bored they’ll leave the site), so Facebook uses algorithms to curate people’s News Feeds.

For example, no matter what you’re selling, one of your jabs could be to ask your customers who their favorite recording artists are. Say 70% of your audience loves Adele. When there’s news about Adele, if you post about it, people will interact with that post. You’ll look like a human being and entertain people, and Facebook’s algorithm will note the interest in a post from your brand. Your next post, which can be more product-related, will show up in more people’s News Feeds.

In addition to creating engaging content, you can purchase advertising to increase your brand’s visibility. Facebook has two types of ads: the ones that show up on the right side of the screen, and sponsored stories.

These ads show up on the right side of the screen when viewing the desktop version of Facebook. They used to be a good investment—you pay only when someone likes the ad and likes cost between $0.10 and a few dollars depending on your campaign.

As of 2013, however, these ads aren’t as useful because they only show up on the desktop version of Facebook, and more and more people are accessing the site on their mobile devices.

You can turn a regular post into a sponsored story whenever you like, which allows you to test content before you pay to have its reach extended. If your content is already getting a lot of engagement, you know it’s good and worth pushing further.

If your sponsored story isn’t engaging, Facebook tells you and axes it. Facebook wants your money, but it also wants its users to have good content because if they get bad content, they’ll stop visiting. This functionality can save you a lot of advertising dollars—no TV network would ever tell you your ad is bad and a waste of your money.

Like what you just read? Read the rest of the world's best book summary and analysis of Gary Vaynerchuk's "Jab, Jab, Jab, Right Hook" at Shortform. 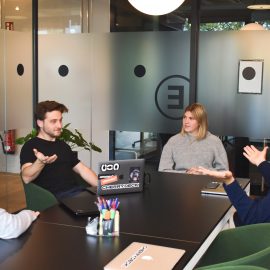 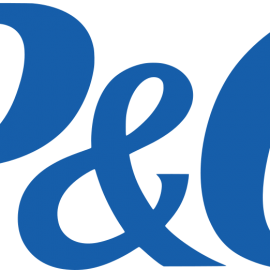