How do social class hierarchies—such as the caste systems seen in America, India, and Nazi Germany—come into being? Why are castes so hard to abolish once they are established?

A caste is a social class hierarchy that is formed based on arbitrary characteristics of difference (e.g. race, religion). According to Isabel Wilkerson, the author of Caste, there are eight tenets that form a caste system: 1) laws of divinity, 2) ingrained superiority, 3) dehumanization at the group level, 4) laws of heritage, 5) laws of love, 6) the purity of the dominant caste, 7) division of labor, and 8) terror and violence.

In this article, you’ll learn how Wilkerson’s eight tenets uphold the structure of caste systems.

The 8 Tenets of Castes

For caste systems, Wilkerson believes, there are eight tenets that uphold the structure and allow for unquestionable participation by the related societies. As each tenet is repeated and supported by attitudes, beliefs, and behaviors, it becomes rooted in civilization. Wilkerson argues that once all of these eight beliefs are ingrained, they become the standard mode of life in the form of social class hierarchies.

(Shortform note: Not all definitions of caste agree that all eight of these tenets are needed for a caste system to form. For instance, the Encyclopedia Britannica defines caste systems as “ranked, hereditary, endogamous social groups, often linked with occupation,” which encompasses just three of Wilkerson’s eight tenets. It’s possible that this definition is more limited because it focuses more specifically on the Indian caste system whereas Wilkerson seeks to define caste systems more generally.)

We’ve renumbered the eight tenets for logical flow. The first two tenets describe justifications for the caste system, the next four relate to maintaining the system, and the final two describe how the dominant caste mistreats the lower caste in each system.

According to the author, when a belief system is said to be the will of God, it becomes nearly impossible to argue against the legitimacy of its claims. The will of an all-knowing spiritual power is at the heart of both the Indian and American castes. (Shortform note: Avatthi Ramaiah, an Indian sociologist, agrees with Wilkerson’s argument that divine justification upholds the caste system. He argues, “As long as Hinduism is strong, caste will be strong, and as long as there is caste, there will be lower caste.”)

According to the author, no caste system could survive without the collective belief in the unequivocal superiority of one caste over another. This belief was and is still at the heart of every interaction between the dominant caste and subordinate caste in America.

(Shortform note: How do people in the upper caste uphold this sense of ingrained superiority? Robin DiAngelo argues it’s through what she calls “the ideology of individualism.” In White Fragility, she claims that white people reassure themselves of their own superiority by telling themselves that all their successes were earned through hard work, and that people who are less successful just haven’t worked as hard. White people who embrace this ideology conclude that they must simply be naturally superior to people of color, ignoring the fact that people of color face barriers to success that white people don’t (such as racial prejudice and economic inequalities).)

Tenet 3: Dehumanization at the Group Level

According to Wilkerson, even with the other tenets in place, there’s always the possibility that reality might slip into the social consciousness and expose the injustice of how the subordinate class is treated. To keep this from happening, she argues, the dominant caste must change the collective view of the subordinates from humans to objects. If society sees the underclass as mere objects, the abhorrent actions taken against them become more palatable. (Shortform note: According to psychologist Paul Bloom, Wilkerson is correct to frame mass dehumanization as a deliberate strategy on the part of the upper caste. This contradicts the previous, widespread assumption that people in power inadvertently dehumanized others because they genuinely believed they were less than human.)

According to the author, a caste system can only work if there are clear laws to determine who belongs in each caste. Wilkerson argues that the best way to do this was to identify someone’s caste at birth. Thus, ancestral lines became another way to maintain the rankings of each group. Whatever caste you were born into would be yours for life and that of all generations to follow. (Shortform note: This is still true in many places. For example, as recently as 2018, the Indian Supreme Court ruled that whatever caste a person is born into is their caste for life—even if they marry someone from a different caste.)

According to Wilkerson, the third step in maintaining the caste structure is to ban interracial relationships. Endogamy is the restriction of marriage to only those from the same caste.

Wilkerson believes that the purpose of endogamy is to protect the dominant caste’s bloodline and emphasize the differences between the different castes. When families are isolated according to caste, a person’s interest or investment in the lives of other families diminishes. In not sharing the landscape of love and family building, members of the dominant caste have little reason to be concerned about the happiness and satisfaction of the lowest caste’s livelihood. Furthermore, the bans on relations among castes enable the dominant caste to curate the type of population they want.

(Shortform note: This is an instance of Wilkerson focusing on the social logic of the caste system rather than the economic motivations behind it. Wilkerson highlights how endogamy laws prevented social ties between people of different castes, but other scholars have noted another purpose for these laws: They prevent upper-caste people from passing property or resources down to lower-caste people. This helps to ensure that the highest caste maintains control of the country’s resources.)

Tenet 6: The Purity of the Dominant Caste

Wilkerson argues that for all the other tenets of a caste system to be upheld, the dominant caste must define their race in an irreproachable way and safeguard that definition at all costs. The easiest way to create this unassailable distinction is through a sense of racial purity that can be compromised by the mere presence of a lower-caste person. Wilkerson describes how, in India, the Untouchables had to keep a certain number of feet away from the dominant caste. Likewise, segregation in America kept Black Americans isolated from the dominant caste in almost every facet of life.

(Shortform note: While Wilkerson suggests that this tenet was implemented similarly in each caste system, that wasn’t the case. The Nazi caste system arguably put more emphasis on “racial purity” than the Indian or American systems—while these systems merely sought to enforce the boundaries between castes, the Nazis’ ultimate goal was to create a 100% “pure” German race by eliminating any possible threats to the Aryan bloodline through mass murder. They called this the “Final Solution.”)

The building of a society requires labor; according to the author, in a caste structure, the division of labor determines who will build the foundation and who will use that foundation to thrive. The menial tasks required to lay the foundation for progress are given to the subordinate caste, solidifying their place as the backs on which everyone else steps. This is true in both India and the United States.

(Shortform note: The author doesn’t go into detail about how this tenet applied in Nazi Germany. The Nazis established forced labor camps where Jews and other prisoners worked for no pay under inhumane conditions. This served two purposes for the Nazi regime: It created a constant supply of laborers to do the nation’s most backbreaking jobs, and it was a tool of the “Final Solution” because prisoners were often literally worked to death.)

In addition to relegating them to the lowest jobs, Wilkerson argues that physical violence and psychological terror are two strategies dominant castes use to keep the subordinate caste in line. With both behaviors, the dominant caste reminds the subordinate caste of their place in society and their power over them. (Shortform note: The science of trauma supports Wilkerson’s point here. In The Body Keeps the Score, psychiatrist Bessel van der Kolk describes how trauma (such as enduring constant violence and terror from the upper caste) creates a sense of learned helplessness. In other words, in the face of unrelenting violence, members of the lower caste may feel too trapped and hopeless to fight back.) 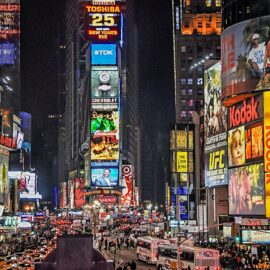