What are political norms? How do norms help keep democracy safe?

In America, political norms are a critical part of the nation’s history. Politics in the U.S. have always been characterized by fierce party rivalries and difficult elections. But even so, norms held the country together throughout its early history.

Read more about U.S. political norms and what they mean.

What Are Political Norms in the U.S.?

Having established mutual toleration and institutional forbearance as the two main governing norms that uphold democracy, we’ll explore how these democratic norms have played out in American politics. We’ll look at how they evolved, the historical challenges posed to them by anti-democratic politicians, and how those challenges were overcome in the past.

How have mutual toleration and institutional forbearance operated in the context of American politics? At first, they hardly operated at all. Immediately after the ratification of the US Constitution, the political system was characterized by intense partisan warfare between America’s two original parties—the Federalists and the Democratic-Republicans.

The two parties viewed each other with mutual hostility. Both parties engaged in constitutional hardball, most notably through manipulating the size of the Supreme Court (whose size is not fixed by the Constitution) to maximize partisan advantage and censorship laws that targeted newspaper editors sympathetic to the other party.

This tit-for-tat cycle only subsided when a new generation of politicians rose to prominence in the 1820s and 1830s. These leaders had come of political age under the Constitution and were not defined by the bitter struggles of the early public. They accepted the give-and-take of democratic politics.

Slavery and the Repolarization of Politics

Partisan tensions escalated once again in the 1850s during the struggle over the future of slavery in the United States. The rise of the anti-slavery Republican Party in the northern states during this time prompted a harsh reaction from the more southern-based Democratic Party, which viewed the Republicans as an existential threat to the South’s racial, social, and economic order. Mutual toleration was dead once again, paving the way for the US Civil War.

After the northern victory in the war, the Democrat Andrew Johnson succeeded to the presidency following Lincoln’s assassination. Congressional Republicans, angered by Johnson’s insufficient commitment to protecting the civil rights of formerly enslaved people, began a new cycle of hyper-partisan brinkmanship. They used their veto-proof majorities to pass acts severely curtailing the president’s authority. This culminated in 1866 with Johnson’s impeachment in the House of Representatives and near-removal by the Senate.

The 20th Century: The Golden Age of American Norms

The political system would develop the political norms it needed to survive—but at a terrible price. In the late 19th century, the Republican Party began abandoning its historical commitment to black civil rights (the Republicans were generally the more progressive of the two parties on these issues at this time).

Following the contested presidential election of 1876, Republicans and Southern Democrats came to an agreement known as the Compromise of 1877. This agreement let the Republicans take the White House, in exchange for the withdrawal of federal troops from the South. After the removal of the troops, white Southern Democrats rewrote state constitutions and systematically disenfranchised black citizens, a process we explored in Chapter 4.

This was the basis for the great 20th-century era of cooperation, when mutual toleration and institutional forbearance held strong and major legislation, Supreme Court appointments, and even constitutional amendments regularly passed with strong bipartisan majorities. Racial apartheid, sadly, was the glue of bipartisanship in the 20th century.

We’ve seen how the bipartisan agreement to abandon black civil rights set the stage for the long era of bipartisan cooperation and upholding of political norms that characterized much of 20th-century American politics.

But that is not to say that this period did not see real challenges to norms of mutual toleration and institutional forbearance. There were serious challenges to these political norms during the 20th century that could have tipped the scales away from democracy.

FDR and the Court-Packing Plan

After winning a landslide reelection in 1936, Democratic President Franklin Delano Roosevelt proposed an ambitious plan to fundamentally reshape the constitutional order. Frustrated by the conservative Supreme Court’s practice of routinely striking down New Deal legislation, Roosevelt sought the power to force justices over the age of 70 to retire. The president would then have the authority to appoint their replacements, with the Court expanding in size from nine to 15.

While it would have been allowed under the rules of the Constitution (which, as we’ve seen, does not set limits on the size of the Court), this plan’s success would have represented a major breach of forbearance by the executive at the expense of the judiciary.

But the plan met with fierce bipartisan opposition. Even ardent New Deal Democrats opposed it. Eventually, the plan was defeated. Standing against Roosevelt when he was at the height of his popularity was an act of true political courage. The defeat of the court-packing measure stands as an example of a norm holding firm in the face of challenge.

The presidency of Richard Nixon and the Watergate scandal was another major challenge to American democratic norms in the 20th century. As president in the early 1970s, Nixon authorized and directed the wiretapping, surveillance, and harassment of journalists and Democratic politicians on his “enemies list,” believing that the threat they posed justified his own lawless actions. This culminated in the bungled attempt to break into Democratic headquarters at the Watergate hotel.

But Nixon’s breaches of toleration and forbearance were ultimately held back. A bipartisan congressional panel investigated Watergate and appointed a special prosecutor. When Nixon responded with constitutional hardball by firing the special prosecutor, the legislative and judicial branches held him in check—the House began preparing articles of impeachment, while the Supreme Court unanimously ordered the White House to turn over incriminating secret recordings related to the Watergate break-in made within the Oval Office.

Nixon chose to resign before facing near-certain impeachment in the House and removal from office by the Senate. American democratic norms passed another major test of the 20th century. 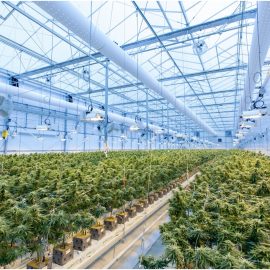 U.S. Marijuana Laws Are Changing—Here’s What to Know 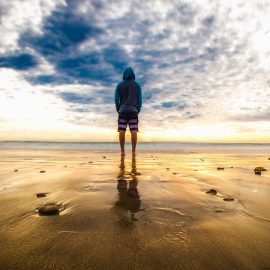 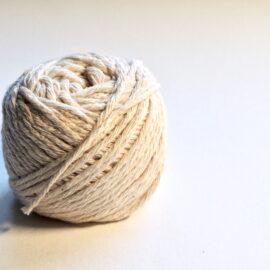