Similar to the religions that came before it, humanism has split into different branches. There are three primary branches or types of humanism are liberalism, socialism, and evolutionary humanism (fascism).

Keep reading to learn about the three types of humanism.

Each branch has a different take on humanism and is often at odds with other humanist perspectives.

Liberals believe that people have distinct internal voices and unique experiences, necessitating the need for personal freedom. Humans possess free will and should be able to express their perspective in everything from art to politics. This form of humanism is considered the “orthodox” version and values individuals over political or religious institutions. According to liberalism, the voter and the customer are always right because their individual experience is what matters most.

Liberals believe that every human perspective matters. Because of this, they run into problems when valid, but differing perspectives clash. For example, when a Palestinian refugee asked German Chancellor Angela Merkel for asylum, Merkel told her that Germany didn’t have the resources to take them in. Both the girl and the chancellor had valid perspectives based upon their experiences, and liberals debated Merkel’s decision.

Despite the strongest efforts of liberal philosophers, no one could find a solution to the issue of conflicting ideals without conceding parts of the liberalist perspective. Because of this, liberalism slowly morphed into a form of modern nationalism.

When liberalism is taken to the extreme, it can transform from a sense of national identity to belief in national superiority. When people allow emotions such as pride or fear to overshadow their empathy for other people, they reject those they view as a threat to their national identity or security. For example, some Americans believe the U.S. is superior to all other countries on the planet, causing anti-immigrant sentiments—especially immigrants from regions with primarily non-Caucasian citizens.

Socialists believe people must focus on the experiences and feelings of others. They view the liberals as self-centered because they justify actions based upon personal feelings rather than the feelings of everyone else. According to socialism, peace and prosperity can only be achieved by unifying the people of the world through altruism.

Socialists argue that self-exploration and personal expression give too much credit to personal decisions and not enough credit to social conditioning. For example, if you’re poor, you think that you’ve made bad decisions in life. However, this reflection fails to account for the socio-economic class you were born into and the obstacles that have been created by wealthier people.

Socialists believe that individual voices matter less than collective voices. Where liberals give weight to the opinions of the voter and the customer, socialists give power to socialist parties and trade unions. While the socialist system is still based on human experiences, it expects people to listen to the wants and needs of the “whole” rather than their personal desires.

When socialism is taken to the extreme, trade unions or political parties silence those who oppose their ideals through imprisonment or execution. For example, in Stalin’s Soviet Union, enemies of the state were thrown in the Gulag.

Evolutionary humanists (fascists) believe the experiences of “superior” people are more valuable than those of “inferior” people. In the same way that humans have dominated over other animals, they believe that these “superior” humans deserve to reign over the rest of humanity because they are the key to the continued evolutionary development of the human species.

Different cultures define the “superior” human in different ways with some using race, nationality, wealth, or intellect as criteria. According to evolutionary humanism, conflict is essential to the continued growth of humanity because it promotes the process of natural selection as well as human advancement. Through war, the weakest in society are culled and the strongest prosper. If someone is truly “superior,” they’ll find a way to best their opponents.

According to evolutionary humanism, conflict helps people understand the true value of life. If a person never experiences conflict, they may get caught up in the more “trivial” aspects of life such as commercialism or surface-level relationships. On the other hand, when someone goes through near-death experiences, they often dedicate themselves to valuing every second of their existence because they know how quickly it can be taken away.

When evolutionary humanism is taken to the extreme, people who believe in their “superiority” begin conflicts to eradicate “lesser” humans. For example, Adolf Hitler’s Nazi regime murdered 6 million Jewish people because they viewed them as inferior and dangerous.

When humanism first emerged, different branches were unified by the belief that humans give meaning to the universe, not God. Defending themselves against theistic religions, humanists rarely fought amongst themselves. However, as humanism started to grow in popularity, the internal disagreements between branches became more aggressive, leading to one of the most brutal religious wars in human history.

While many may not consider large-scale conflicts such as WWI, WWII, and the Cold War “religious” wars, disagreements in humanist philosophy were at the core of each. Almost every major war from 1914-1989 pitted democracy (liberalism), communism (socialism), and fascism (evolutionary humanism) against one another.

During the World Wars, the democratic and communist countries allied with one another to quell the rise of fascism in Germany and Italy. Then, during the Cold War, the global conflict between democracy and communism threatened to end humanity entirely with the creation of vast nuclear capabilities.

The Near-Death and Resurgence of Liberalism

Where liberalism had been the most prevalent form of humanism at the beginning of the 20th century, by 1970, only 30 of the 130 countries in the world were liberal democracies. Following a string of liberal defeats culminating in the loss in Vietnam, most of the world believed that socialism would be the way of the future. The leading force of liberalism, the United States, used its nuclear capabilities and the threat of mutually assured destruction to keep the spread of socialism away from the country.

However, in the 1980s, liberalism had a sudden resurgence, as countries such as India, Brazil, and South Korea ousted their leadership and adopted democratic models. As the allure of freedom motivated citizens to fight against authoritarian regimes, democracy replaced communism in countries across the globe, including former Soviet nations such as Ukraine, Armenia, and Georgia.

In 1991, liberalism won the humanist war of the 20th century as the Soviet Union, the bastion of socialism, dissolved. Today, Russia claims to be a democracy, though shady government practices imply that “democracy” is merely a label. As humanity entered the 21st century, liberalism had eliminated both socialist and evolutionary humanist perspectives from the global stage. 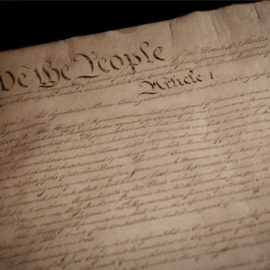 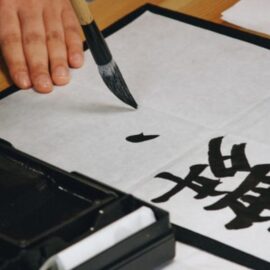 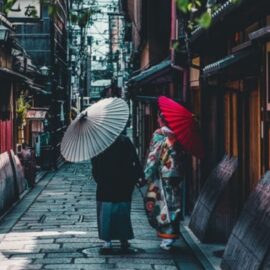 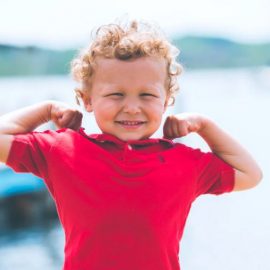