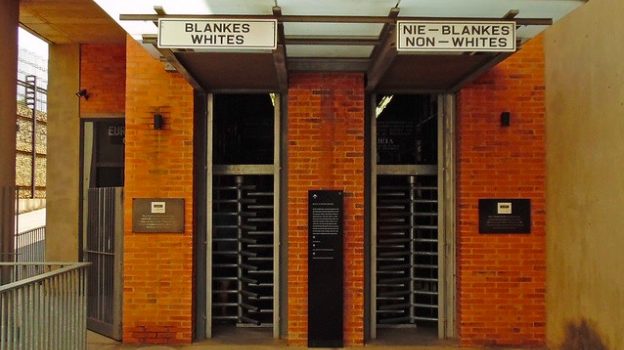 Apartheid was a system of institutionalized racism in South Africa. It began in 1948 and lasted for 46 years. The laws delineated different rights to citizens based on race, with the white race reigning supreme.

Trevor Noah spent the first five years of his life in apartheid-era South Africa. Learn what apartheid was, how it shaped Noah’s life particularly, and the impact it’s had on post-apartheid South Africa.

The History of Apartheid

Before we look at Noah’s early life during apartheid, we need to examine the system itself.

Apartheid was efficiently executed. It first developed as a result of the colonial intrusion, which started in the mid-17th century. The Dutch arrived first and established a trading post in what would become Cape Town. They warred with the native blacks to attain power and instituted laws to enforce it, including enslaving them.

When British missionaries arrived, they displaced the Dutch to remote areas inland. Slavery was legally dissolved, but the practice remained. The British needed people to mine discovered gold and diamond supplies. After some time, the missionaries left South Africa, and the Dutch moved back in and reclaimed power.

By that time, the Dutch had developed their own culture and language, calling themselves Afrikaners, a tribe of white Africans. They wanted a way to maintain control over the expansive black population, so they created a new set of laws, which became apartheid. These laws were based on research conducted on other forms of legal racism around the world.

The newfound intricate system of oppression comprised 3,000 pages. Blacks were to have no rights and be constantly monitored and controlled. At its core, apartheid was like a combination of the Indian massacres, slavery, and Jim Crow in America.

All people were required to register as a specific race with the government. This registration determined what rights you had and where you lived. Land became parceled based on race to keep people separated from one another.

Tensions Within the Black Community

Apartheid was also used to breed separation within the black community. These efforts kept the black population, almost five times larger than the white population, in a state of disunity to create a contentious environment.

Before apartheid, blacks lived within different tribes, each with their own language; the two largest tribes were the Zulu and Xhosa. The pre-apartheid history of these tribes was volatile. When the Dutch came, the Zulu, known as fighters, engaged in savage battles, whereas the Xhosa, known to be more rational, tried to embrace the change and find an intellectual solution. Neither tribe was successful, and each blamed the other’s tactics for hindering their success.

During apartheid, these sentiments remained, but there was a common enemy in the white oppressors. However, when apartheid ended, that common enemy disappeared. The deeply ingrained rage and resentment were then turned toward each other. Both the Zulu and Xhosa, as well as other tribes, fought for supremacy in the new democracy. The result was further separation, creating an environment of violence, rather than one of unity and rebuilding.

The ending of apartheid signaled the beginning of what became known as the Bloodless Revolution. The streets ran heavy with the blood of black South Africans, but almost no white blood was shed. In their fight for supremacy, an uprising of the Zulu and Xhosa, under the guise of official party organizations, created a war. There were riots and fighting in the streets. Thousands died, and bodies blanketed the ground.

Blacks and other races were not allowed to have relations with whites, and vice versa. The narrative under which apartheid existed was that blacks were fundamentally inferior and whites had no desire to engage with them, hence the segregation. Therefore, a child born as a product of racial mixing served to debunk the theories upholding apartheid. Because of this, a mixed child became a symbol of treason.

The government made the no-relations law the priority, strictly enforcing it through secret surveillance tactics. The punishment for interracial relations was five years in prison. However, often the white partner would be given a mere warning, whereas the black partner would be jailed or charged with rape if he was male.

A mixed child was not a new phenomenon during apartheid. In fact, there were plenty of mixed-race people by the time apartheid started. These people had historically been classified as a separate race: colored.

The history of the colored race extends to the origins of South Africa. The Khoisan were the original tribe in South Africa, similar to Native Americans. When the colonials first came, along with the land, they ravaged the Khoisan women. Those women gave birth to mixed children as a result.

Other slaves were brought in from surrounding regions and procreated with the Khoisan people, further decreasing the bloodline. The original tribe was becoming extinct, either through war and slaughter or inter-tribe relations.

The combination of generations of people descending from the Khoisan created a race of diverse heritages and racial make-ups. Because many were descendants of white men, they tended toward white culture.

Most coloreds speak Afrikaans and don’t know other African languages. Almost all aspects of the colored culture come from the Dutch Afrikaners.

The plight of the colored race during apartheid is a messy one. The government didn’t know how to classify colored people. To mitigate this, coloreds were granted second-class status, what was colloquially considered “almost white.” They had more privileges than blacks but not as many as whites. They were caught in the middle, teetering on the cusp of an almost-full life.

Trevor Noah’s apartheid birth was a crime. His mother was black and his father was white. Because Noah was born after the start of apartheid, he couldn’t identify as “colored.” Rather, he was “mixed-race.”

Noah’s early life was one of confinement. Apartheid was still law for the first five years of Noah’s life, and a mixed child in white society raised questions. Patricia could not be seen as Noah’s mother, since a black woman with a mixed child would be conspicuous. And Robert, Noah’s father, could not have any public involvement in his son’s life. The only times Noah and his father could visit were in Robert’s apartment for fear of being found out.

As Noah grew older and concealing his skin became more difficult, Patricia engaged the services of a colored woman to pose as his mother because of their likeness in skin tones. The colored race is a culturally constructed categorization of people with varied ethnic and racial heritages. It was not illegal to be a descendent of the colored race, meaning having two colored parents, but it was illegal to be the product of race-mixing, or having a black parent and a white parent. During these moments, Patricia would follow Noah and this woman, posing as the black maid.

Even in Soweto, the black township Patricia was from, Noah was kept indoors. If the neighbors or police caught wind of a mixed-race boy belonging to a black family, Noah could be sent to a colored orphanage and his family imprisoned. A life without friends and freedom encompasses the earliest of Trevor Noah’s apartheid memories.

When Nelson Mandela was freed and apartheid abolished, Noah was able to enter the world, but his struggles to belong were just beginning. Noah struggled to fit into a cleanly categorized race, which further separated him from his community and children at school. He felt black because he was raised within the black culture, but his light skin tone told another story. He looked colored, but he was not culturally colored. He was part white, but no one thought of him as such.

It wasn’t infrequent that Noah would find himself stranded on a playground not knowing which group he belonged to. The quandary of how he fit in would rear up again and again as Noah moved from school to school, neighborhood to neighborhood, with Noah always feeling like an outsider.

To counteract his ostracization, Noah became a master of languages. There are 11 official languages in South Africa, a policy created to ensure no black tribe felt unrepresented in the new democracy. His mother made English his first language to give him a leg up in life, and he spoke her native language of Xhosa, his father’s language of German, the language of his oppressors (Afrikaans, created by the Dutch colonists pre-apartheid), and many other African tribal languages he picked up on the streets. Speaking the languages of others allowed him to relate and be viewed as “one of them,” rather than “different.”

More than just a memoir, Born a Crime is also part history lesson, part social commentary about one of the most significant examples of institutionalized racism in history. The origins of colonial intrusion in South Africa and the lasting effects of greed, power, and oppression are paired with anecdotes both from Noah’s life and life in general. These anecdotes explore not only the illegitimacy of apartheid, but also the manner in which it created suffering and long-term detriment in the lives of black citizens.

For example, the high unemployment rate for blacks post-apartheid relates to the inability of employers to afford regular wages once the massive pool of slave-laborers were given rights. Furthermore, because of the lacking educational system geared toward blacks during apartheid and the illegality of work beyond manual labor or domestic service, blacks had few skills and little knowledge to take into the new world. Without knowledge or resources, many were unemployable and unable to change their circumstances.

Trevor Noah’s apartheid depiction is an insider’s perspective, finding connections in his life that relate directly to the legacy of the laws. He was fortunate to have been able to change his circumstances and become a successful, financially independent person. He credits his mother for educating him and never forcing him to limit his life based on race. He credits the help of friends and family for supporting him when he was in trouble and providing the resources he needed to make something of his life. He knows that without resources and a support system, he would have had no options beyond the fate of most black South Africans: a life of poverty and survival.

Like what you just read? Read the rest of the world's best summary of "Born a Crime" at Shortform . Learn the book's critical concepts in 20 minutes or less .

Here's what you'll find in our full Born a Crime summary : 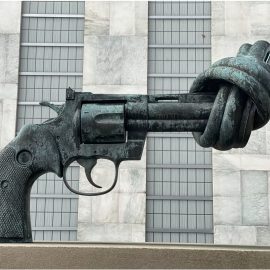 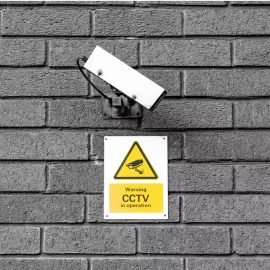