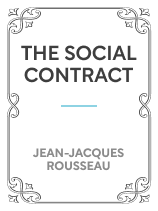 Once a government establishes authority, how does it keep it? How does it continue to govern?

In The Social Contract, Jean-Jacques Rousseau argues that the division of power in a government eventually goes out of balance, making the state vulnerable to collapse. However, a government can maintain its legitimacy by establishing certain systems: public assemblies, public unity, and supreme powers.

Keep reading for Rousseau’s view on the preservation of political legitimacy.

All legitimate states eventually die, claims Rousseau. The division of power between the sovereign and the government can’t be perfect, and when one gains too much power over the other then it can freely act in self-interest and the state stops being legitimate:

(Shortform note: By claiming that political legitimacy will eventually collapse, Rousseau differentiates his project from other philosophical attempts to determine a perfect state. Other works like Plato’s Republic or Thomas Hobbes’s Leviathan claim that their ideal state can exist forever if properly managed. Rousseau’s declaration that an eternal state is impossible is a rare appeal to pragmatism in an otherwise idealistic book.)

Rousseau emphasizes that, for the sovereign to express its will, the people must gather regularly in public assemblies. The state must ensure a vast majority of citizens attend these assemblies, using force if necessary—otherwise, the sovereign as a whole can’t express its will. These public assemblies ensure the government acts in service of the common good and therefore acts legitimately.

At these assemblies, the sovereign can change any law except the social contract itself and can replace individual executives or their government as a whole.

Because of the incredible logistical challenges required to assemble the entire population of a state, Rousseau concedes that regular public assemblies and, by extension, the sovereign’s ability to exercise authority, can only occur in very small states.

Public unity is also crucial for prolonging a legitimate state, explains Rousseau. When opinion among citizens becomes too divided and they form different factions, the sovereign will of the people becomes divided. If one faction wins, they enforce their will on the losing faction and no longer pursue a common good. Since public unity is crucial for pursuing the common good (the goal of a legitimate state), steps taken to preserve public unity are legitimate.

(Shortform note: Many of the founders of the United States agreed with Rousseau’s claim that factionalism posed a serious threat to a liberal and equal state. James Madison argued in The Federalist Papers that a well-constructed state must have the ability to stop and prevent factional violence. George Washington in his farewell address also warned that political parties were dangerous for a liberal state.)

Rousseau offers two methods a state can use to preserve public unity:

The state should use censorship to maintain public unity. For a legitimate state to continue, its people must share its core beliefs: liberty, equality, and pursuit of the common good. Otherwise, citizens will see no reason not to act in self-interest, and the public will no longer have unity.  Censoring information that goes against these core beliefs ensures that the personal ethical beliefs of individuals align with the core beliefs of a legitimate state, maintaining public unity.

(Shortform note: Rousseau’s argument for censorship in a state whose main goal is liberty might seem contradictory. Some scholars argue that Rousseau’s definition of censorship is closer to broad social taboo, rather than government bans on expression. This interpretation claims that Rousseau’s censorship is a collaborative effort between a wise government and its moral people. Together, they determine the common good and then silence public expression arguing against it, so citizens remain moral and dedicated to the state. Therefore, this perspective argues that censorship wouldn’t be a government depriving its people of liberty but instead a tool for public moral education.)

The state can also preserve public unity by creating its own religion. With a state religion, political and religious ideals are the same, so citizens will work to become good citizens (and therefore pursue the common good) with the devotion of faithful believers. However, the state religion shouldn’t be incompatible with other religions—religious intolerance also promotes public disunity.

(Shortform note: To fully understand why Rousseau argues for a state religion, it’s important to understand the historical context behind The Social Contract. Rousseau published the book in 1762, only a few decades after the end of the European wars of religion—a series of religious conflicts between Catholics and Protestants spanning the 16th, 17th, and early 18th centuries. Founding a tolerant state religion is Rousseau’s attempt to prevent similar internal religious violence from happening again.)

Rousseau also argues that in specific circumstances, a legitimate state must create entities with supreme political power to maintain its legitimacy and protect itself:

When the constitution can’t resolve a dispute between the sovereign and the government, Rousseau suggests that an independent tribunal arbitrate the conflict. The tribunal is separate from the sovereign and the executives, so it has no conflicts of interest. Rousseau argues that because the tribunal is uniquely powerful within the state, it shouldn’t exist permanently. Instead, it should only exist during the brief periods when conflicts arise.

(Shortform note: You might notice similarities between Rousseau’s tribunal and the highest courts of many existing modern states—the Supreme Court of the United States, for example. The Supreme Court and the tribunal both resolve disputes regarding interpretations of the law and how those laws apply to citizens. However, the Supreme Court is made up of life-appointed justices, while Rousseau recommends frequent dissolution and recreation of tribunals as needed. By doing so, he argues that these tribunals won’t gain executive powers—which one could argue the Supreme Court has since it can in practice create laws via judicial review.)

When the state faces destruction from external forces like an invading foreign power, Rousseau says it should install a temporary dictatorship: one or two individuals with absolute power. This is because a normal government with its limits on executive power won’t be able to properly address existential threats.

Dictatorial power is still legitimate, since protecting their state from destruction is clearly the will of the people. However, Rousseau emphasizes that the state should use dictatorship rarely and only for brief periods so dictators don’t have an opportunity to forcefully take control of the state.

(Shortform note: Rousseau also argues that the constitution must prevent any extension of dictatorial rule and that any dictator chosen must strongly believe in the state’s core beliefs of liberty and equality. Without these guidelines, a temporary dictatorship can destroy the state. He explains that this is part of what caused the collapse of the Roman republic. In theory, the Roman senate would vote to provide dictatorial power only during times of crisis. This power lasted for six months, though traditionally dictators gave up their power immediately after the crisis ended. However, during the collapse of the Roman republic, the senate gave (often under threat of violence) dictatorial power for extended—sometimes indefinite—periods.)

Like what you just read? Read the rest of the world's best book summary and analysis of Jean-Jacques Rousseau's "The Social Contract" at Shortform.

Here's what you'll find in our full The Social Contract summary:

Emotional Stoicism: How to Become Unperturbed 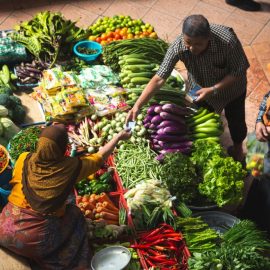