What is Jonathan Haidt’s Moral Foundations Theory? What does he believe are the six foundations of morality?

Jonathan Haidt’s Moral Foundations Theory puts forth six foundations of morality that we all have, but in different proportions. They are based on how people in various cultures deal with life’s challenges and what they regard as virtues.

The First Five Foundations of Morality

Jonathan Haidt’s Moral Foundations Theory is based on his examination of normal social life and the challenges associated with it around the world. He considered how people in different cultures deal with these challenges differently, and what they prioritize as virtues.

Haidt’s Moral Foundations Theory did not include the sixth foundation, Liberty/oppression, until he discovered it later.

To understand how the foundations work in practice, we’ll use an example of the Care/harm principle: You take your four-year-old to a hospital to have his appendix removed. You can watch through a glass wall, and you see him lying on the operating table unconscious while the surgeon punctures his abdomen. You might feel both relief knowing the doctor is saving his life and pain watching him get punctured. From Jeremy Bentham’s utilitarian point of view, it would be irrational if you looked away in fear because you know the doctor is not harming your child. But from the point of view of Haidt’s “taste receptor” theory, it makes sense, because you have an emotional response to watching your child bleed, even though you know rationally the doctor is not committing violence on him. This shows that you are caring and empathetic and that the Care/harm principle is a powerful “taste receptor” for you.

The Sixth Foundation of Morality

Haidt’s Moral Foundations Theory states that the Liberty/oppression foundation rests on human nature. There are wide differences between philosophers’ understanding of basic human nature, but it’s clear that in every “state of nature,” some humans want to dominate others. When humans band together, it’s to protect each other from tyranny and also to select away from the people who would choose to dominate or bully others.

The original trigger of the Liberty/oppression matrix is domination and tyranny. People get angry when they feel controlled, which can lead to a reactance—when an authority figure tells you to do something and you become interested in doing the opposite. People band together to stop this domination and can resist or even sometimes kill the oppressor. Biologically, people who couldn’t recognize this kind of oppression coming were less likely to thrive.

Oppression concerns both liberals and conservatives, and they express this concern in unique ways.

Conservatives care much more about the word liberty than they do equality. Consider Liberty University, founded by evangelical preacher Jerry Falwell. Liberty University’s students are pro-authority and pro-traditional family, but they oppose control or authority from the government.

You can find a deeper discussion of Haidt’s Moral Foundations Theory in his book The Righteous Mind.

System 2 Thinking: How to Be a Better Thinker 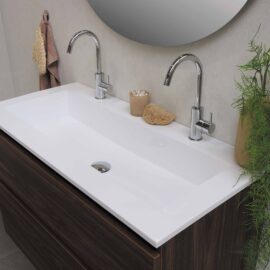