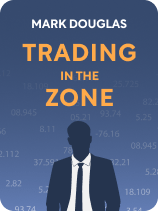 This article is an excerpt from the Shortform book guide to "Trading in the Zone" by Mark Douglas. Shortform has the world's best summaries and analyses of books you should be reading.

Most traders don’t use information from their market analyses in a sensible way. The reason for that is that they don’t understand probabilities. A knowledge of probabilities is essential to overcome the mental barriers that prevent us from achieving consistent trading success.

Here’s how the nuances of probability affect trading.

1. The Shallowness of Similarities Between Market Trends

Market activity is based on probabilities, which means that every outcome is unique and random, totally disconnected from every other outcome. As we’ve already mentioned, patterns do emerge; however, you can’t rely on those patterns to predict outcomes with 100% certainty. As Douglas says, this year’s market activity might appear identical to previous years’ activity, but the similarity doesn’t run any deeper than that.

In reality, says Douglas, this year’s activity stands on its own, distinct from everything prior. Why? Because the combination of traders who generated previous patterns are not the same combination of traders who will generate the next pattern. You’d also have no way to account for a multitude of other variables, including the number of traders planning to enter the market, whether those new entrants will buy or sell, how many shares they’ll want to buy or sell, and whether the traders who are currently involved are planning to exit. Therefore, Douglas asserts, it’s impossible to account for every possible variable.

(Shortform note: Douglas focuses on the potential for individual traders to alter a pattern. However, this isn’t necessarily the full picture—other forces can drastically alter price patterns. For example, an act of terrorism can radically affect stock prices. After the 9/11 terrorist attack in New York, prices plunged more than 11% then rebounded quickly within a month. Other influential forces include inflation, a rise in energy costs, a change in economic policy, and company mergers.)

Although we can never know for sure what’s going to happen next, Douglas says, we often delude ourselves into thinking we can manipulate odds that are out of our control. Imagine this scenario: The price of one stock shows a consistent pattern of rising sharply mid-year after a short springtime slump. You observe this pattern and buy shares of that stock in late spring, anticipating big profits later in the year. But this year, the stock price actually continues to drop throughout the remainder of the year, contrary to your expectations.

When you incur losses like this, Douglas says, you might set out to acquire more and better information, thinking this will put you in a better position to profit in future trades. Or, in an alternative scenario where the stock price does rise as expected and you reap huge rewards, you might become overconfident and reckless in future trades, thinking you’re on a “winning streak.” Both of these tendencies reveal a misunderstanding of the role of probability in trading. Market activity is random—it’s not subject to manipulation, and it doesn’t play favorites.

2. Why We Struggle to Understand Probabilities

There’s a reason we have a hard time grasping probabilities. As Douglas explains, our brains aren’t wired to think in terms of probabilities and random outcomes. Rather, we’re programmed to base our decisions on what we’ve experienced in the past, specifically driving us to seek pleasure and avoid pain. For example, if you burn your hand by touching a hot stove, you (hopefully) avoid repeating that same behavior in the future.

But that pain-avoidance/pleasure-seeking programming doesn’t serve your interests when it comes to trading. According to Douglas, more knowledge won’t improve your chances of avoiding the pain of losing, and one wildly profitable trade today doesn’t guarantee you’ll experience the pleasure of winning tomorrow. Remember, probabilities dictate that market outcomes are random, which means they are utterly immune from your efforts and desires to avoid painful losses and experience pleasurable wins.

3. How We Can Use Probabilities to Our Advantage

Douglas asserts that being a consistently successful trader is simply a matter of conducting a sufficient volume of trades, as your odds of winning improve over a large number of trades (assuming you have a sound strategy). Here’s how this works: Each trade has an edge, which is simply a sign that a price is more likely to move in one direction. Through your market analysis, you can identify a favorable edge, an approach that you think will bring you success and profits. There’s never a guarantee that this edge will turn out to be profitable—as we’ve seen, the randomness of the market means that things can go wrong.

However, if you’ve indeed picked a favorable edge based on market patterns, you can guarantee that you’ll see success consistently over a large period of time. You might not win every time due to the unpredictability of the market, but you’ll win a lot of the time if you stick with it for long enough (and if you have, in fact, picked a profitable edge).

According to Douglas, this is similar to casino operations: even if the house occasionally loses, they know that over time, they’ll eventually win consistently enough to make a profit. This confidence isn’t based on hope, luck, or pure staying power. Rather, casinos impose rules on gamblers that give casinos a roughly 4.5% edge over players. Knowing this, casinos don’t panic each time an individual gambler wins big; they simply keep welcoming players to the games, knowing that the more games people play, the higher the casinos’ profits will be in the end.

Like what you just read? Read the rest of the world's best book summary and analysis of Mark Douglas's "Trading in the Zone" at Shortform .

Here's what you'll find in our full Trading in the Zone summary :

Review of The Automatic Millionaire by David Bach 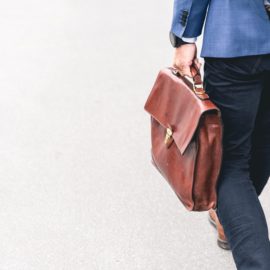 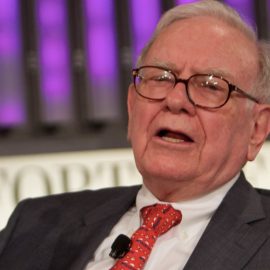 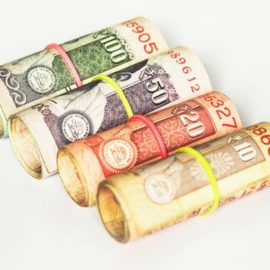