How did Donald Trump win the election when all odds were against him? What were the key factors that helped him secure the Republican nomination in June 2015?

When Trump launched his campaign for the Republican nomination in June 2015, he was a novelty candidate who stood little chance of actually winning. A total outsider to GOP politics, he had no close institutional ties to the party and seemed to lack even the most basic grounding in conservative ideology—not to mention his anti-immigration rhetoric that many leaders in the Republican Party considered to be extreme and outlandish.

How did Donald Trump win the Republican nomination? In their book How Democracies Die, Levitsky and Ziblatt argue, Trump’s pre-existing celebrity as a real estate maven and reality television host of The Apprentice was his secret weapon in the primary—something that gave him near-universal name recognition among GOP primary voters and helped him promote himself as a successful, hard-nosed businessman with the skills to bring the nation to prosperity.

(Shortform note: Trump’s name recognition was truly exceptional, even at the very earliest stages of the primary contest. According to Gallup, by July 2015, just a month after announcing his candidacy, 92% of Republican voters reported being familiar with Trump—compared to 66% for Ted Cruz, 64% for Marco Rubio, and 35% for John Kasich.)

Levitsky and Ziblatt also argue that Trump’s ability to dominate coverage on right-leaning media outlets like Fox News gave him a connection with Republican voters that was nearly impossible for party elites to break.

Although Trump had secured no major endorsements from leading party figures before the Iowa caucuses on February 1—and picked up hardly any even after winning early primaries and emerging as a clear frontrunner—the lack of endorsements turned out not to matter much at all.

Levitsky and Ziblatt rate the assets Trump did have as far more valuable than endorsements. For he had the loyalty of influential right-wing media figures like Sean Hannity, Ann Coulter, and the popular website Breitbart News. Combined with his high name recognition, this enabled him to communicate with his supporters directly, get his message out, and earn far more coverage than high-profile endorsements or campaign donations ever could.

But, argue Levitsky and Ziblatt, it wasn’t just conservative media that boosted Trump. He also excelled at generating enormous quantities of free coverage in the mainstream media. He achieved this thanks to 1) being a major celebrity before he launched his campaign and 2) generating controversy—and thus, coverage—through outlandish and extreme statements. In effect, the media system rewarded him for his extremism. Levitsky and Ziblatt cite one study done after the election that showed that Trump’s antics generated approximately $2 billion worth of free media coverage—something that all the endorsements in the world couldn’t buy.

Thus, boosted by name recognition and an uncanny ability to generate media coverage through extreme statements, Trump emerged as the clear frontrunner for the nomination, to the shock of many GOP insiders. Levitsky and Ziblatt do note that some party activists organized plots to change the rules at the convention to “unbind” delegates and let even those pledged to Trump (by virtue of him having won primaries in their states) vote instead for another candidate on the first ballot.

(Shortform note: For example, some conservative groups like the Our Principles PAC attempted to lobby the 168 members of the Republican National Committee to deny Trump the nomination in advance of the convention and even ran anti-Trump television advertisements in key primary states.)

But, as Levitsky and Ziblatt argue, these plans had little institutional backing from within the party and ultimately had little impact on events. The authors argue that this failure can be attributed to the fact that the rules of the nomination process made it impossible to deny Trump the nomination once he’d secured a majority of pledged delegates. These Trump delegates were bound by party rules to vote at the convention for the candidate who won their states’ primaries—Donald Trump.

In a previous era, Levitsky and Ziblatt argue, party leaders might have been able to successfully organize an effort to block Trump. But by 2016, it was primary voters, media figures, and celebrity candidates like Trump who held the real power. GOP voters, with whom Trump was already enormously popular, had overwhelmingly chosen him as the nominee and party leaders lacked any politically realistic mechanism to stop him.

How Did Donald Trump Win Against All Odds? 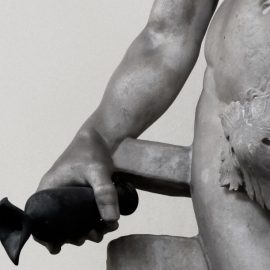