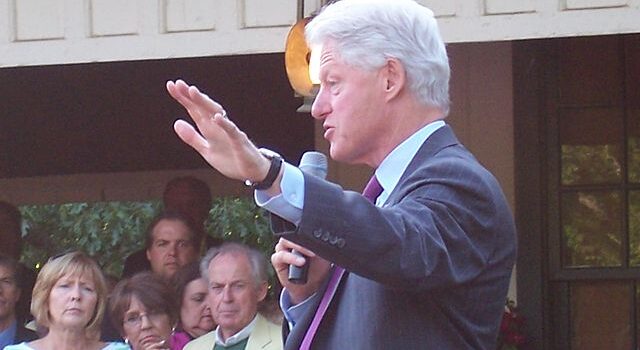 Was the Clinton impeachment an example of abuse of power in the government? Why should we take abuses of power like this seriously?

In the 1990s, the rise of pundit-like political figures like Newt Gingrich changed the political landscape. This paved the way for further party polarization, and abuse of power in government wherein one party uses government systems to harm another, such as the Clinton impeachment.

Keep reading to find out why the Clinton impeachment was an abuse of power in government.

The Downfall of American Norms

Democratic norms of mutual toleration and institutional forbearance operated successfully throughout most of the 20th century, despite robust challenges. But, as any observer of politics today can plainly see, these norms are under siege and may be slipping away entirely.

In this chapter, we’ll explore some of the key structural transformations in US politics over the past few decades that have pushed norms to the brink and examine some of the key players—particularly within the Republican Party—who have driven this process forward.

The Rise of Newt Gingrich

A good place to start is with the rise of Newt Gingrich as a major political player. In 1978, Gingrich, a Georgia Republican, was elected to the US House of Representatives. But Gingrich was no ordinary Republican. He had a view of politics as warfare, believing that defeating one’s enemies was its ultimate purpose—not working with rivals or seeking to find common ground with them. As he rose through the ranks, Gingrich formed the political-action committee GOPAC to train up-and-coming Republican politicians in these new attack messaging strategies, labelling Democrats as “sick,” “traitors,” and “anti-flag.”

Gingrich rose through the ranks of the GOP’s congressional wing throughout the 1980s, remaking it in his image and systematically destroying norms of mutual toleration. By 1994, Gingrich had transformed the party into one deeply committed to social and economic conservatism, opposed to compromise, and scornful of its opponents.

The New GOP vs. Bill Clinton

The next step along the road to destruction for democratic norms was the GOP’s fierce reaction to the election of Bill Clinton, a Democrat, to the presidency in 1992. The party, egged on by Gingrich and other advocates of a no-holds-barred approach to politics, subjected the new Democratic president to immediate constitutional hardball tactics.

After Gingrich’s Republicans won majorities in both houses of Congress in the 1994 midterms, they had even more power to damage Clinton. They tore up the unwritten rules of mutual toleration by abusing the congressional oversight prerogative to launch partisan and highly dubious investigations into Clinton. The goal of these investigations was never to uncover truth or investigate misdeeds; they were designed solely to generate negative media coverage of Clinton, drive up his unfavorable ratings, and cast a cloud of suspicion over a Democratic White House.

The Clinton Impeachment: An Abuse of Power in Government?

The culmination of Republican hyper-partisanship during the Clinton years was the December 1998 impeachment of the president on spurious and petty charges related to an extramarital affair. That the articles of impeachment passed on a near party-line vote showed how politically motivated they truly were.

This was a major breach of institutional forbearance and a blatant abuse of the impeachment power. Clinton’s behavior clearly did not come close to meeting the standard for impeachment. The Republican majority cheapened the constitutional power of impeachment and turned it into a mere partisan tool and an example of abuse of power in government.

By the time Republican George W. Bush succeeded Clinton in 2001, the political game was being played on an entirely new field. Although Bush campaigned as a “compassionate conservative” and pledged to be a “uniter, not a divider,” in reality, he pursued a hard-line, right-wing ideological agenda while in office.

With a Republican in the White House, congressional Democrats pursued obstruction tactics similar to those that had been used against them during the Clinton years, using filibusters and other arcane Senate rules to slow down the Bush agenda. They also began regularly using the filibuster to block Bush’s appointments to the federal courts. Using these systems against political opponents could certainly be considered an abuse of power in government.

Congressional Republicans, for their part, showed extraordinary deference to Bush. They violated institutional forbearance by entirely abandoning even the pretense of congressional oversight (which they had pursued zealously while Clinton was in office) to protect a president of their own party. They coddled Bush, even in the face of real scandals like the abuse of prisoners at Abu Ghraib and the Bush administration’s catastrophic response to Hurricane Katrina.