What is the Milton Friedman Capitalism and Freedom book about? What are Milton’s key ideas?

In Milton Friedman’s Capitalism and Freedom, he outlines his ideas for a free market economy and how it can improve society. Friedman explains that capitalism is the answer to poverty, inequality, and more.

Read more about Milton Freidman, Capitalism and Freedom, and his ideas.

Milton Friedman’s Capitalism and Freedom is Nobel Prize-winning economist Milton Friedman’s classic 1962 treatise on economic freedom. Friedman argues that a society cannot maintain liberal democracy and representative institutions without a robust commitment to free-market capitalism. For capitalism to function best, it must be as free of government interference as possible.

Although these ideas have become mainstream in western policy and intellectual circles in the nearly 60 years since the publication of Milton Friedman’s Capitalism and Freedom, they were highly controversial—even fringe—at the time. In that era, the Keynesian economic policy consensus dominated the postwar United States, advocating for a robust and activist role for government in the management of the economy and the redistribution of incomes.

Today, however, it is hard to overstate the extent to which Friedman’s once-controversial ideas have triumphed. Over the past 40 years, governments across the Western Hemisphere have reoriented their economic strategies toward more market-based solutions, including reducing marginal tax rates, all but eliminating tariffs, privatizing public monopolies, and even introducing choice and competition in public education. While reasonable people can disagree about the effects of Friedman’s ideas in the real world, no one can deny their influence.

In this summary, we will explore:

The Necessity of Economic Freedom

These are some of the main Milton Friedman Capitalism and Freedom theories:

Economic freedom is an essential component of total freedom—the ability of an individual to pursue her own happiness and fulfillment without any external impediments, provided that she does not infringe on the freedom of others. Any form of coercion is an assault on freedom.

Economic freedom is vital to political freedom. A society simply cannot have political freedom without the ability of individual buyers and sellers in a marketplace to engage in voluntary transactions that satisfy their needs. There has never been a successful example of a society that joined state control of the economy (in the form of socialism or communism) with political liberty.

Political power is dangerous, because it can be easily concentrated and centralized in the hands of the few. Economic power, however, works differently. In a well-functioning capitalist society, millions of individual buyers and sellers make decisions about which goods and services they require to satisfy their needs. As long as there are no monopolies, buyers are free to choose their sellers, sellers to choose their buyers, and workers to choose their employers. Free markets are inherently decentralized in nature, thus maximizing individual freedom and choice.

Despite the threat of government power, even those most committed to free-market principles must accept the idea that there are some societal functions that the market is unable to perform, such as national defense, domestic security, and the enforcement of property rights. These functions are crucial to the preservation of economic liberty, and can only be performed by the

public sector. Beyond these basic duties, governments also have a responsibility to:

Monetary policy has a significant impact on economic freedom. But so does fiscal policy—how (and how much) the government chooses to tax and spend. Following the Great Depression, there was a groundswell of public support for aggressive fiscal policy on the part of the federal government. The public wanted the government to offset the collapse in private spending with large, deficit-financed spending from the federal government (that is, increases in spending without offsetting tax increases).

The intellectual underpinning of this policy was the Keynesian school of economics. Named for the British economist John Maynard Keynes, Keynesianism argued that government spending could make up for the shortfall in consumer spending during an economic downturn.

The fiscal multiplier effect is a lynchpin of Keynesian economics. According to this principle, when the government spends money, it creates new spending power in the economy above and beyond the original government expenditure, because it stimulates several rounds of private spending that otherwise would not have occurred. When Individual A receives money from the government, she spends it at a business owned by Individual B, which then becomes her income, which she will in turn spend to contribute to someone else’s income, and so on.

We’ve already seen that there are services that the government provides that are intended to confer broad benefits to society. Yet many of these government efforts end up harming economic liberty by unfairly inhibiting freedom of contract or establishing public monopolies that deprive individuals of market choices they would otherwise have. Although its efforts are often well-intended, the ways in which the government provides many of its services restrict the freedom of individual buyers and sellers to enter into contracts of voluntary exchange. This is one of the main Milton Friedman Capitalism and Freedom ideas.

One of the cornerstones of a society based upon voluntary exchange is the right to keep what you earn. After all, what you earn in the market is a product of the productive capacity of your own labor and capital. The fairest and most efficient way to allocate resources in a system of voluntary exchange is through payment according to product. Your compensation is a direct result of the value you create in the economy through your labor (the work you perform for which you are paid in wages and tips) and your capital (the productive assets you own, like land or machinery).

Forced redistribution schemes are inherently unjust. There is no moral justification for a majority to compel a minority to hand over its property—whether it’s a gang of armed robbers telling you to hand over the cash in your wallet or a majority of voters passing legislation to legally confiscate wealth from the so-called “1 percent.”

Unfortunately, some of the government’s most grave threats to economic liberty come cloaked in the language of equality, fairness, and economic justice. Below, we’ll explore some of the worst public manifestations of this. 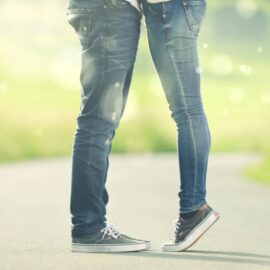 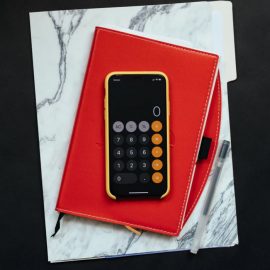 How to Put Together a Long-Term Financial Plan