Who was Milton Friedman? What was his economic philosophy?

Milton Friedman was an American economist who was best known for his devotion to the ideology of free-market capitalism. Friedman believed in the power of the market to regulate itself, was strongly against government intervention, and was in favor of privatization and maximization of corporate profits.

Keep reading to learn about Milton Friedman’s capitalism philosophy, and his efforts to realize his vision of perfect-market capitalism—efforts that would, in time, lead to the modern disaster capitalism complex.

Disaster capitalism got its start in the University of Chicago’s Economics Department in the 1950s, under Milton Friedman. He wasn’t the only economist of his day who believed in free trade without government interference, but it was Friedman’s energy and charisma that helped the idea to really take root in his students. After Friedman’s courses, they viewed themselves not as mere economists, but as soldiers fighting a righteous war against harmful government overreach and interference.

Much like Dr. Cameron, Friedman believed that he needed to start with a blank slate. He dreamed of a country that was free from economic regulations, rules, and special interests, where pure capitalism could run its natural course. Also like Cameron, Friedman thought that the only way to reach such a state was through painful, destructive shocks to the country’s economy. He thought that by tearing down the old systems, he’d be able to build a new, healthier economy.

Milton Friedman’s capitalism philosophy bordered on mysticism: He and his students saw the economic laws of supply and demand, inflation, and employment (or unemployment) as sacred and inviolable. He believed that these “natural” economic forces would balance one another perfectly and create the ideal market—there would be exactly the right number of products at the perfect prices, everyone who wanted to work could find a job, and inflation wouldn’t exist.

According to the Chicago School of Economics, any problems that arise must be because the market isn’t really free, and the solution must be to remove all regulations and interference.

In the 1930s through the 1950s, mixed economic systems which featured heave government intervention really came to prominence. Perhaps the most notable of them was Franklin Delano Roosevelt’s New Deal in the US. These mixed systems only became more entrenched after World War II, when German fascism had taken root largely due to economic instability following World War I. Therefore, following the Second World War, the world superpowers agreed that markets needed to provide stability and dignity for average people. That agreement led to Social Security in America, national health care in Canada, and many other hallmarks of what one might call “decent” capitalism.

The world seemed to be prospering and things were good for the common folks, which left Friedman and his free-market capitalists with few supporters. However, what was good for the majority was not good for the rich and powerful—executives of major US corporations weren’t happy about having to redistribute their wealth through taxes and increased worker salaries.

Even so, rich executives couldn’t simply argue for lower taxes and lower wages—they would have seemed selfish. Instead, they promoted the economic theories of Milton Friedman, who developed a three-part agenda that he believed would return the economy to its natural, healthy state:

(Shortform note: One of the major difficulties in discussing Friedman’s movement is that it has rebranded itself many times, often using terms that seem to have opposite meanings to one another. For example, Friedman called himself liberal—but his followers in the US associate that term with long hair and high taxes, and prefer to call themselves conservative. Furthermore, the ideas that Friedman promoted would be called neoliberal in most of the world, but the American branch of that movement adopted the term neoconservative in the 1990s. For this guide, we’ll use Friedman’s term neoliberal.)

Whatever one calls it, Friedman’s economic strategy was designed to roll back New Deal policies and reset the American economy to how it was before the Great Depression, and then push even further in favor of privatization and corporate profits. However, his ideas were impossible to implement in America at the time because the New Deal’s programs were incredibly popular. Even when Eisenhower—a hard-line Republican—took office in 1953, he didn’t dare to overturn the New Deal for fear of losing re-election.

Naturally, Milton Friedman and his colleagues were all too happy to take credit for the economic “miracles” happening in Chile and elsewhere. However, they denied any connection between their economic theories and the brutal repression happening in those countries—just as Letelier’s controversial article had said they would.

Friedman received the 1976 Nobel Prize in Economics for his theories on the relationship between inflation and unemployment, and how to correct both. He used his Nobel address to make the case that economics was as scientific a field as chemistry or physics, and as such that economists needed to observe the facts impartially. His point was that people should look past the juntas’ horrific methods, and see that the free market worked. He claimed that Chile—the only country bold enough to properly implement his theories—was the proof.

Ironically, even as he touted the importance of impartiality and commitment to the facts, Friedman and his supporters ignored the fact that free-market policies had caused widespread unemployment, starvation, and sickness in the Southern Cone—things that were wholly separate from the juntas’ deliberate abuses of power.

Then, just one year after Friedman got his Nobel Prize in Economics, Amnesty International received the Nobel Peace Prize for its work to expose the human rights abuses in Chile and Argentina.

The Nobel Peace Prize is actually completely unrelated to the Nobel Prize in Economics; the two awards are given by entirely different committees, based in different cities. However, to an outside observer, it looked like one of the world’s most prestigious decision-making bodies had made a clear statement: The economic aspects of these new governments were separate from the torture and repression those governments inflicted. One was worthy of praise (hence Friedman’s award for pioneering free-market capitalism), and the other was worthy of condemnation (hence Amnesty International’s award for exposing the juntas’ actions). 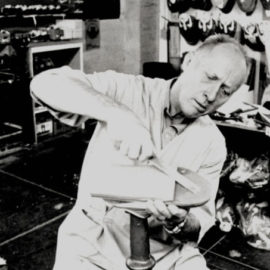