Why do women need to have a well-rounded education? How does a woman’s education affect child mortality and fertility rates?

Giving women the right to education has many benefits. They can get a better job and make more money, thus increasing their income. They’ll also be more aware of family planning techniques, which allows them to take better care of children or not have children at all.

Check out Amartya Sen’s view on the importance of female education, explained in his book Development as Freedom.

Sen argues that the most effective way to empower women is to increase literacy. Research shows that increases in female literacy are strongly associated with a reduction in child mortality. This is a major factor in the importance of female education because the knowledge women gain through education allows them to better care for their children.

The importance of female education and labor force participation have a similar positive effect on fertility rates. Around the globe, according to Sen, a greater recognition of women’s rights usually leads to a reduction in fertility rates (the average number of children born per woman).

Since Development as Freedom was published in 2000, women’s literacy rates have continued to improve. In 2000, female literacy in the Least Developed Countries (LDCs, as classified by the United Nations) was 44%. As of 2020, it has risen to 59%. School enrollment is up for girls, and literacy rates among young women in poor countries are nearly on par with those of young men.

A similarly positive trend has happened to women’s average number of births. In 2000, the fertility rate in LDCs was 5.2. In 2020, it was down to 3.9. Sen would likely attribute this reduction to female educational empowerment, greater recognition of women’s rights in family planning, and increased access to contraception. Also, improved health care has helped reduce infant mortality, which allows women to bear fewer children to achieve their desired family size. This provides more evidence that coercive population control measures are not needed to cut fertility rates. 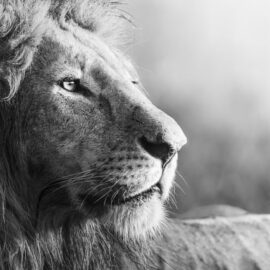