What was the Osage reign of terror, and how did the FBI get involved? Did it impact the future of the FBI?

During the Osage Murders, the FBI was brought in to solve the case. After the Osage murders, the FBI found itself at a turning point. Its director, J. Edgar Hoover, used the opportunity to point to the FBI’s success in solving the murders, and pushed his own agenda for the Bureau’s future.

The Failure of Law Enforcement

In these parts of rural Oklahoma in the 1920s, elements of the frontier justice system still remained. Police forces were not yet fully professionalized, so ordinary citizens still assumed some of the responsibilities of criminal justice, including investigation of evidence and even pursuit of suspects.

One of the remaining vestiges of this rough-and-tumble approach to criminal justice was the citizens inquest, in which members of the community would visit the scene of a homicide with the county coroner to collect evidence and record any witness testimony. Anna Brown’s inquest and on-the-scene autopsy were gruesome, hasty, unprofessional, unscientific, and amateurish even by the standards of the day, with no proper protocol or procedure followed and a crowd of onlookers (including Anna’s family) witnessing the whole grisly spectacle.

This was how law enforcement and criminal justice were still practiced in remote parts of the American West, even as late as the 1920s. Many rural sheriffs were not professionally trained law enforcement officials, but were instead rugged frontiersmen, so-called “lawmen” who were often corrupt, violent, and connected to criminal elements within their jurisdiction. Private investigators were little better. Many agents of the famed Pinkerton Detective Agency were criminals themselves, with no respect for people’s civil liberties or proper protocol in criminal investigations. Many, similarly, used their position to extort and terrorize the very people they were meant to be protecting.

As the death toll rose and more Osage were killed, it became clear that state and local law enforcement was either too incompetent or corrupt to restore order and safety in Osage County. One special investigator or private detective after another would be found either taking bribes or participating in illicit criminal activities. To make things worse, red herrings and false leads repeatedly hampered the investigation, as the conspirators worked to manufacture evidence and throw the investigators off. By July 1921, the local authorities wrapped up the investigation, concluding that Anna Brown had been murdered by “parties unknown.” During the height of danger, the Osage Murders FBI case began.

The Bureau of Investigation Takes Over

More and more people were being found dead across Osage County, including the few white members of the community who had made genuine efforts to help the now panic-stricken Osage people. It was clear that the murders were the work of a well-organized and ruthless conspiracy.

In March 1923, Rita and Bill Smith (the sister and brother-in-law, respectively, of Mollie Burkhart) were killed when their house went up in an explosion. Mollie Burkhart was convinced that her family was being systematically eliminated, and that she would be the next target. She was also getting sick, despite the treatment of local doctors who claimed to be giving her insulin for her diabetes. Mollie, in fact, wasn’t sick with diabetes—she was being slowly poisoned.

In the summer of 1925, the U.S. Justice Department decided that the federal government needed to take a more direct role in the Osage case, as most of the murders had taken place on federally controlled Indian land. The director of the Bureau of Investigation, now tasked with overseeing the investigation, was the fiercely ambitious and publicity-seeking J. Edgar Hoover. He saw in the Osage case and opportunity to transform his obscure federal agency (which was soon to become the famous and powerful FBI) into the new face of American law enforcement and massively increase his own power and influence. The Osage Murders FBI case officially began.

Hoover appointed an agent named Tom White to head up the investigation in Oklahoma. White had a background as an old-style “lawman” and had never received any formal police training. A former Texas Ranger who had chased outlaws and robbers through the hills of West Texas, he seemed the very antithesis of Hoover’s ideal of the procedural, rational, scientific, and professional investigative agent.

Despite this background, White was actually a careful and methodical law enforcement agent who shunned violence and found rational inquiry to be a much better tool for apprehending criminals. Hoover selected him for the job because he knew White would be familiar with the kinds of unscrupulous characters he and his team of agents would meet in Oklahoma as they unpeeled the layers of the Osage murders FBI case.

After arriving in Oklahoma, White and his handpicked team of agents had to pierce through a web of lies and deceit. Informants who appeared to be working to assist the investigation were revealed to be double agents who were feeding the Bureau misinformation and helping the conspirators get away with their crimes. The unreliability of sources, reluctance of witnesses to come forward, and blatant corruption of local law enforcement officials made pursuing leads a bewildering exercise, especially once it became clear that the perpetrators were deliberately manufacturing evidence to thwart the Osage murders FBI case.

But White and his team were undaunted. Through a combination of undercover sleuthing, combing through financial records, and extracting confessions from key witnesses, the agents identified the businessman, power broker, and self-styled “True Friend of the Osage” William Hale as the mastermind behind the Reign of Terror. Hale had powerful business and political connections and had supported the establishment of charities, schools, and hospitals for the Osage. Hale was more than just any local grandee, moreover—he was the uncle of Ernest Burkhart, Mollie Burkhart’s husband. He had been at Anna Brown’s funeral and even vowed to the family that he would seek justice for Anna.

Building the case against Hale was difficult as, one after another, witnesses and co-conspirators who had participated in the plot kept dying under mysterious circumstances before they had the opportunity to cooperate with the investigation. Tom White knew he needed to act quickly to apprehend the perpetrators before Mollie Burkhart died of poisoning and the plot succeeded. Fortunately, Bureau agents arranged to have her moved to a hospital, where her condition began to improve once she was away from the machinations of her husband and his family.

In January 1926, White and his team decided to move forward with the testimony and evidence that they already had. The Justice Department handed down indictments for Ernest Burkhart and William Hale. U.S. Marshals arrested Ernest Burkhart, while Hale confidently and politely self-surrendered.

White knew that his case was shaky—much of it relied on the testimony of jailhouse snitches and known outlaws. If Hale’s lawyers were able to rebut the charges or if his influence and bribery succeeded in corrupting the trial, it would be a major source of embarrassment for the Bureau—one for which J. Edgar Hoover would hold Tom White responsible. But White bolstered his case by using the sworn testimony of another, unindicted co-conspirator, to extract a confession from Ernest Burkhart. Burkhart admitted his role in orchestrating the murders and helping his uncle manufacture false evidence.

Even with this, White faced daunting odds of convicting the conspirators. The Oklahoma state judicial system was wracked with corruption, and Hale would easily be able to manipulate it. White knew that white jurors would be especially reluctant to convict white defendants for murdering Osage Indians.

At the trial, Hale and his legal team transformed the proceedings into a circus. They told outrageous lies and blatantly attempted to tamper with and intimidate witnesses, including Ernest Burkhart, who, for a time, recanted his testimony and switched sides to become a witness for the defense. Tom White was outraged and appalled by the utter brazenness and arrogance of Hale’s conduct in the middle of the Osage murders FBI case.

But when White was able to produce direct testimony from one of the men who, along with Ernest’s brother Bryan, had murdered Anna Brown, the defense began to collapse. Ernest Burkhart and William Hale were both found guilty. Hale was convicted of first-degree murder and sentenced to life imprisonment.

The FBI After Osage

The success in prosecuting the Osage murder case was a major coup for the Bureau of Investigation—and for its ambitious and attention-seeking director, J. Edgar Hoover. Hoover crowed to the media that the case had been deemed unwinnable by everyone, including local sheriffs, county prosecutors, and even the Oklahoma Attorney General, until the Bureau had stepped in.

Hoover used the glowing press from the Osage case to boost the Bureau’s image and position himself and his agency in the public imagination as the epitome of no-nonsense, professional, efficient, and effective law enforcement. Indeed, he was as relentless in his pursuit of headlines as he was of criminals. In the early 1930s, Hoover even arranged to have dramatized versions of the Bureau’s most famous cases (including the Osage case) serialized as popular radio dramas. In all of these fictionalized accounts, Bureau agents were presented as resourceful and quick-witted near-supermen, for whom criminals were no match.

After the Osage murders, the FBI saw increased power, and Hoover’s power and influence only grew. In the 1930s, the FBI’s profile loomed larger when it took on infamous “Public Enemies” like John Dillinger, the Lindbergh baby kidnapper, organized crime figures, and other Depression-era outlaws.

But in his endless quest for publicity, Hoover neglected some key figures who had helped the Bureau achieve such great success—the actual agents in the field, men like Tom White. Although Hoover praised Tom’s work privately, he never shared the public spotlight with him. Over the years and decades that followed, Hoover maintained a cordial, if cool, public distance from the agent who had done so much to remake the Bureau’s image.

After the Osage murders, the FBI declared a victory in criminal justice. This didn’t ease the pain of people like Mollie Burkhart, but did provide important judicial precedents, including a law that stated that non-Osage people could not inherit Osage headrights. The Osage murders and FBI are intertwined in their history, and both saw lasting and long-term effects.

The FBI’s Role in Solving the Osage Murders 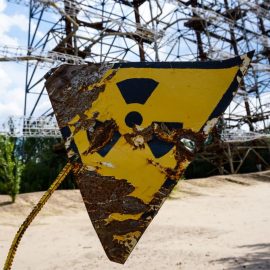 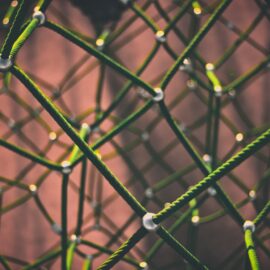 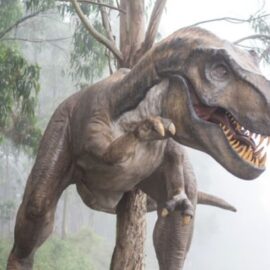 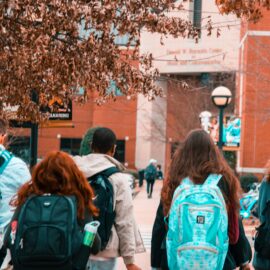