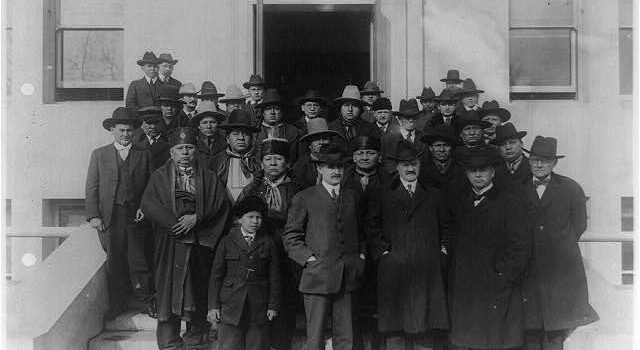 Who are the Osage tribe members? What is their history, and what is the Osage Reign of Terror?

The Reign of Terror is a part of the Osage Nation’s history. The Osage tribe was targeted for their oil money, wealthy they gained simply by living on land with oil.

Killers of the Flower Moon: The Osage Murders and the Birth of the FBI is about the Osage Reign of Terror—a series of organized killings of members of the Osage Indian tribe that took place in Osage County, Oklahoma during the 1920s. Throughout a five-year period of mayhem and slaughter running from approximately 1921-1926, prominent white members of the community conspired to murder their Osage neighbors—men, women, and children.

The motive for these murders was profit—specifically the oil wealth of the Osage tribe, which they had come into when oil was discovered on their reservation in the late 19th century. Whites in Oklahoma had long schemed to expropriate and defraud the Osage tribe out of their money, largely through a legally mandated system under which individual Osage would be declared financially “incompetent” and court-appointed white guardians installed to oversee their assets. These guardianships offered unbounded opportunities for graft and embezzlement—in many ways, the murderous campaign of the 1920s was merely the logical extension of this long history of exploitation.

Financial and Cultural Exploitation of the Osage Tribe

In the late 19th century, oil had been discovered on the tribal reservation of the Osage Indian tribe, who lived primarily in Osage County, Oklahoma. In Osage nation history, the tribe had suffered the loss of its tribal lands and been decimated by both smallpox epidemics and military defeats by the United States throughout much of the century. But, overnight, the oil discovery turned the tribe into one of the wealthiest per-capita groups in the world, with the total tribal income from leases to the oil companies running into the tens of millions and leases on individual tracts climbing as high as $2 million.

To manage this influx of money, the Osage tribal leadership instituted a headright system, under which each member of the tribe was entitled to annual royalties from the oil production, distributed in equal measure to members of the tribe. Although individuals could sell their surface land, they could not buy or sell headrights—these could only change hands through inheritance. This system was meant to ensure tribal control of the oil wealth in perpetuity.

The wealth of the Osage tribe, however, attracted the jealousy and greed of whites in Oklahoma. These attitudes would soon be given the force of law. In 1921, Congress instituted a financial guardianship system, under which Osage were declared financially “incompetent” and unable to spend their own money as they saw fit. The rationale for this paternalistic policy was that the Osage were seen as childish, helpless people who could not be trusted to manage their own financial affairs. Left to their own devices, supporters of this policy argued, the Osage tribe would squander their wealth on foolish and impulsive purchases. Worse, the decision to subject an Osage to the burden of a guardianship was nearly always racially based—full-blooded members of the tribe were virtually guaranteed to have a guardian; those of mixed ancestry rarely were.

The courts appointed white guardians, usually drawn from the ranks of white attorneys, politicians, and bankers in the community, would guard the Osage Indian tribe assets. This system kept the Osage in day-to-day poverty, despite being wealthy on paper—while providing ample opportunities for whites to embezzle and defraud them through a variety of schemes. By 1925, the government estimated that unscrupulous guardians had swindled the Osage tribe out of $8 million.

The guardianship system was not the only way in which the paternalistic white authorities sought to “help” the Osage tribe. In Oklahoma, the federal government ran a program of forced cultural assimilation. The ostensible goal of this program was to help integrate the Osage into mainstream American (i.e., white) society.

The real purpose, however, was to wipe out any traces of Osage religion and language—especially among children. Official government policy stipulated that native peoples like the Osage tribe were morally and culturally unfit for self-government, and needed to be taught the ways of the white man in order to fully participate in American economic and political life. Thus, young Osage were forced to attend schools (often Christian parochial schools), where they would be taught to reject traditional Osage tribe religion and culture, to be remade in the white man’s image.

These schools were English-only—children were not allowed to speak the language of their ancestors inside the walls of these harsh and forbidding institutions. By the early 1920s, speakers of the Osage tongue were dwindling, traditional modes of dress had all but disappeared, and most members of the tribe had converted to Christianity, with only faint vestiges of the old religion still observed.

Although the Reign of Terror took place nearly a century ago, its memory haunts the Osage tribe today. A great-grandson of the slaughtered Henry Roan told David Grann, author of Killers of the Flower Moon, that the murders are always in the back of his mind, especially knowing how personally connected he was to all of it.

In his archival research and interviews with descendants of victims of the Reign of Terror, Grann made a shocking discovery—Hale and his gang were not the sole perpetrators of the murderous conspiracy. Although the Bureau had declared the case to be closed when Hale, Burkhart, Morrison, and Ramsey were convicted, many more people had taken part in the slaughter. Not all of the murders could be linked to Hale—and justice had never been done for these victims.

The Osage with whom the author spoke told him that there were many unsolved murders from the Reign of Terror that were never counted among the totals and never properly investigated by the Bureau. As he pored over the archival record, Grann discovered the stories of Osage who had been murdered before the Reign of Terror’s conventional start date of 1921. One Osage woman, Mary Lewis, had been bludgeoned to death with a hammer by two white men and her body left to rot in a swamp. This heinous crime had occurred in 1918, three years before Anna Brown was found in the ravine. The Burkhart-Hale saga may have been the bloodiest episode of the Reign of Terror, but it was just one thread in a vast web of murder and mayhem.

The archival records showed a seemingly endless series of Osage tribe wards who died under mysterious circumstances during this era. Because these cases were never investigated by local authorities, private investigators, or even the Bureau of Investigation, it was impossible to determine conclusively whether or not these individuals had been murdered. But their frequency and shared characteristics strongly hinted at a conspiracy.

Many deaths that looked innocuous were anything but. One Bureau agent wrote in the case files that white perpetrators would get an Osage drunk and take them to a doctor (like the Shoun brothers) who would declare them intoxicated. Poison would then be injected into the victim, after which the doctor would pronounce them dead of alcohol poisoning. Many scholars now believe that the official death count of 24 for the Reign of Terror is tragically off the mark, and that the true figure is in the hundreds.

One scholar has tabulated the Osage annual death rate from 1907-1923 to be 19 per 1,000. The comparable rate for whites during this period was 12 per 1,000: Osage were dying at more than 1.5 times the rate of white people. And this was all despite the vast wealth of the tribe, which, all other things being equal, should have made their death rates lower than those of white people. Another scholar has noted how many Osage from the era died in childhood, a chilling sign of the moral depravity of the killers.

So many prominent members of the white community had blood on their hands—business leaders like Hale; doctors like the Shoun brothers; merchants like Scott Mathis, owner of the Big Hill Trading Company and guardian of Anna Brown’s estate; bankers like H.G. Burt; not to mention attorneys, politicians, law enforcement officials, and judges.

The Osage community has managed to persevere—the tribe now operates several casinos that generate tens of millions of dollars annually and, in 2011, received a $380 settlement from the U.S government in compensation for the decades of fraud and abuse. The Osage Nation has its own tribal government within the state of Oklahoma and operates its own health, education, and welfare programs. And although the oil money is mostly gone, the old fear that the white man’s money would erase their identity has happily not come to pass, and the tribe proudly maintains its cultural heritage.

But the past can never be erased and the pain never forgotten. The fields and prairies of Osage County are forever soaked in blood.

Osage Nation history is more than just the Osage oil murders. The Osage tribe has a long history beyond the murders, but it’s important to remember the suffering of the Osage tribe at the hands of whites, and the widespread use of violence against the Osage people. 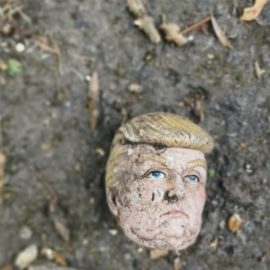 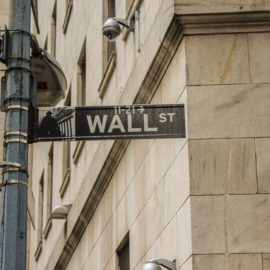