What exactly is an adaptive change? Have you ever introduced a fundamental change to your organization’s processes? How did you communicate it to your team?

According to change theorist Ronald A. Heifetz, an adaptive change is a change instituted in response to an “adaptive challenge”—an organizational problem that has no known solutions. Part of your job as an adaptive leader is to prepare people for the change, and the first step to this is to make sure that everyone has an accurate understanding of what the challenge entails and what change is about to come.

In this article, we’ll look at how to manage others by shaping their interpretations of the adaptive change. Since people changing is a key ingredient of adaptive change, the treatment tips are all people-related.

Preparing for an Adaptive Change

People (including you) have to change to carry out adaptive change. However, organizations, teams, and individuals often default to interpretations of problems that don’t require change or for them to take responsibility. Default interpretations aren’t always wrong, but they usually don’t capture the full picture—which is necessary for adaptive change.

As an adaptive leader, part of your job is to shift people’s interpretations towards what’s most accurate, not what’s easiest to swallow. When you concretely describe a complicated problem, this helps people find their footing and focus. Even if they don’t agree with your interpretation, having something concrete to discuss will spark work towards solving the problem.

Direction #1: Technical to adaptive. Teach everyone at your organization the difference between technical and adaptive challenges so that they realize the different types require different solutions. This will help them understand:

Direction #2: Benevolent to conflict-laden. Once people understand what adaptive challenges are, they’ll start to understand that they inherently involve loss and there’s no point in avoiding it—what they need to do is acknowledge conflicts, assess which losses are acceptable, and then move forward.

Direction #3: Personal to organizational. Problems are usually greater than one person is experiencing—there’s something about the system (that needs to be adapted) that allows them to persist. (For example, the fact that you have to deal with an underperforming employee might be because the organization’s culture protects underperforming employees.) Once people realize the problem exists outside themselves, they can start to assess how everyone in the organization is affected by it.

To get people to make these shifts, try the following five techniques:

Technique #1: Change the Default Interpretation From Personal to Organizational

The first technique rewires people’s defaults so that they think first about how the problem is organizational, rather than how it’s personal. (If it were only personal, not everyone would have to change.)

1. Determine the default, personalized interpretation of the groups a person belongs to. To do this, watch how the group responds to problems and situations and try to identify a pattern.

2. State the default. There are two ways to do this:

The next technique is to ask people more questions. This pushes them further beyond their default interpretations and helps them open themselves to adaptive change.

The third technique is to keep pushing people to interpret. Even once people have moved beyond their default interpretation, they’ll probably still be inclined to assign only one interpretation to a given situation, which limits their ability to work towards adaptive change.

People usually stop at one interpretation because:

Acknowledging only one interpretation only gives you one angle from which to approach the adaptive problem. To generate more solutions, you need to generate more interpretations, the more diverse the better, because this allows for a complete and accurate view of the situation. This can be messy, create conflict, and take time, but in the long run, it’s more efficient and innovative.

There are two ways to encourage more interpretation:

Once you’ve generated more interpretations, your job is to encourage people to keep considering all of them. One way to do this is to share the responsibility for evaluating interpretations.

Technique #4: Call People Out When They Regress to Their Default Interpretations

The fourth technique is to maintain the progress you’ve made in using the above techniques by calling out people who regress to their default interpretations. People regress for two reasons:

Here are some signs that people are regressing and how to respond:

Technique #5: Address Your Own Defaults

The final technique is to zoom in on yourself—like everyone, you have defaults too. To avoid getting too attached to your defaults, which will limit your ability to change, think of presenting them like auditioning for a part in a play. During the audition, you’re playing a character who’s invested and passionate in the interpretation, but once the audition is over, let go of your investment. 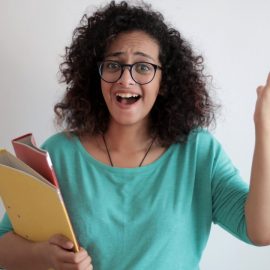 How to Have Interesting Conversations Every Time