What is economic freedom? Why is freedom important when improving underdeveloped economies?

Many economies focus on establishing a utilitarian market to benefit everyone in their country, but people are left with little to no economic choices. In Development as Freedom, Amartya Sen says that free markets allow people to make their own choices and create a freer society.

Keep reading to learn why economic freedom is important for a country’s development.

Sen notes that the liberal, “laissez-faire” bent of classical economists like Adam Smith and David Ricardo was first and foremost about freedom, and only secondarily about the efficiency of markets.

However, in modern economics, there’s been a shift away from a freedom-focused defense of markets toward a utilitarian one, which focuses on doing the greatest good for most people.

The utilitarian approach focuses on results—however, Sen advocates focusing equally on results and process. By “process” Sen refers to a person’s ability to exercise their rights, which is why economic freedom is important. He presents two examples to show why thinking about markets in this way addresses well-being to a greater extent than does the utilitarian approach.

First, Sen offers a hypothetical to show the importance of process: Consider two economies, one that is decentralized, with resources allocated by market mechanisms; the other, a centrally planned economy in which resources are allocated by the decisions of a dictator.

If both economies achieve the same economic results, despite their differing processes, both are equally valid from a utilitarian perspective. However, in Sen’s view, the market economy would be superior because of its process—allowing people the freedom to make economic choices enhances individual and societal well-being. In contrast, the centralized economy’s process inflicts a social cost.

The second example demonstrates why it’s necessary to focus on process as well as results by comparing forced labor and free labor.

Sen cites empirical evidence showing that the compensation of American slaves (measured in terms of the goods they consumed) was similar to that of free laborers. Additionally, American slaves had life expectancies that were higher than those of industrial workers in the United States, and on par with the nations of France and Holland.

By emphasizing its processes, the true cost of forced labor—whether slavery or other forms of bondage—can be fully considered.

Why Define Development as Freedom?

Sen gives two reasons why economic freedom is important for development: freedom’s value and its efficacy.

Other definitions of development (such as GDP) only focus on the means of development, thereby missing the crucial point that the reason we value means such as GDP growth, industrialization, technological progress, or other aspects of modernity is that these things allow people the freedom to better achieve their desires.

In other words, according to Sen, they are merely instruments for achieving the higher objective of attaining what we want: human flourishing and happiness. But freedom is an essential ingredient in achieving our objectives enabling freedom is the purpose and value of economic development.

While Sen values other forms of freedom beyond economic, Friedman argues that all other freedoms come from the ability to engage in voluntary transactions. Therefore, capitalism is the only economic system that enables the other forms Sen desires.

Achieving progress individually and as a nation depends upon people having the ability to make their own decisions. Sen says having free agency is the most effective way for people to attain the things they value (like happiness)—even more than simply attaining wealth.

(Shortform note: Sen is not presenting an either/or choice between freedom and increased affluence. Rather, he argues that freedom is the best way for people to achieve their potential. In later chapters, Sen presents empirical evidence that freedom enhances people’s ability to lead long and happy lives in ways that higher income alone does not.)

Why Economic Freedom Is Important 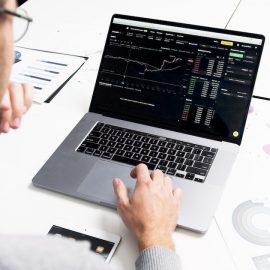 Should You Invest in Index Funds? Yes, Here’s Why 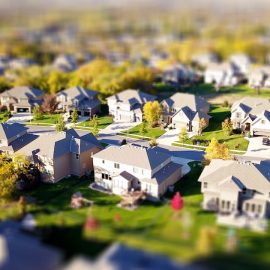 The Pros and Cons of Buying a House: Is It for You?