Who was Sam Walton? What were Sam Walton’s defining personality traits?

Sam Walton founded “The Walton Five and Dime” in 1970 which eventually turned into Wal-Mart. Walton’s personality was one of the major contributing factors to the growth of Wal-Mart.

Continue reading if you want to know who Sam Walton was and how he came to found Wal-Mart.

Who Was Sam Walton?

In his autobiography, Sam Walton demonstrates the character traits that enabled him to build Wal-Mart into a titan. Here are the major themes that made up who Sam Walton was:

Walton noted: “If I had to single out one element in my life that has made a difference, it would be a passion to compete.” His brother Bud Walton noted, “He knew he was going to win. It’s just the makeup of the man.”

Walton was competitive even in early childhood:

Competitiveness drove his start in retail. When starting his first Newport store, Walton set his 5-year goal: for his “little Newport store” to be the most profitable variety store in Arkansas.

His competition spurred him to keep doing better:

As a habit, Sam Walton constantly eyed the competition and borrowed the best ideas from them.

Competitors make each other better, and the customer gets the best value of all. Sam thanks Kmart for its competition in keeping them on their toes.

The competitiveness extends to how he treated vendors: Sam Walton forced all his vendors and suppliers to compete for Wal-Mart’s business, even if he liked them personally and knew they were good people.

Sam was also competitive in his hobbies quail hunting and tennis, never wanting to give up a point. He preferred tennis instead of golf because of its head-to-head nature.

His competitiveness prevented him from ever feeling Wal-Mart was doing enough. He would always point out things that could be improved, like the lines being too long or the store staff not being helpful enough. This kept him forever looking forward, to the next store opening, to the next walk through a Wal-Mart store.

Walton had a relentless optimism that he would succeed and things would work out.

Said David Glass, former CEO of Wal-Mart, “[Sam] is less afraid of being wrong than anyone I’ve ever known. And once he sees he’s wrong, he just shakes it off and heads in another direction.”

His optimism carried him through key events and major setbacks in his career:

In the autobiography, Walton revealed his optimism and grit often:

His one stated moment of weakness in the book was in 1976, with the “Saturday night massacre” that led to losing a third of senior management. Walton admitted, “I wasn’t sure myself that we could just keep on going like before.”

Frugality was a central piece of how Walton lived his life and ran Wal-Mart.

Walton lived through the Great Depression and saw his father go between jobs. He also traveled with his father as a repossessor for a loan company. Through this, he learned the difficulty of earning a dollar, and thus the value of money. In turn, Walton funded himself through college with a small paper routes business and waited tables.

Frugality was part of the core of Wal-Mart. Walton believed that Wal-Mart existed to save customers money and provide quality and service. Any dollar spent inappropriately was money taken from their customers’ pockets. As a result, Wal-Mart hesitated to give fancy perks to employees—they put off buying a jet for management, and they forced employees to sleep two to a room when traveling.

Practically, Walton knew that if he could control expenses better than his competition, they would have an edge in pricing. For years, Wal-Mart had the lowest ratio of expenses to sales. Walton believed that operational efficiency gave them more strategic flexibility and more room to experiment and fail.

Even when expanding rapidly, Sam was careful not to overreach unless he had to:

Walton extended his values to his family, instilling the values of hard work, honesty, and thrift. Even when wealthy, the Waltons refused to spend lavishly.

Throughout his book, Walton is frank about his shortcomings and how his associates at Wal-Mart helped him with things he couldn’t do.

Walton had a natural charisma through his friendliness. Said a co-worker, “Walton just had a personality that drew people in. He would yell at you from a block away…that’s the reason so many liked him and did business in the store. It was like he brought in business by his being so friendly.”

Walton was elected class president, and he said the secret was simple: talk to people you run into before they talk to you. Before long, he knew more people in the school than anyone else.

A quail hunter, Walton said that the way to get invited back to a hunting area was to offer the owner a take of the game shot on his land.

In the book, Walton repeatedly credits his associates for building Wal-Mart and downplays his importance. “One person seeking glory doesn’t accomplish much; at Wal-Mart, everything we’ve done has been the result of people pulling together to meet one common goal.”

Walton’s humility also manifested in how willing he was to learn from others: 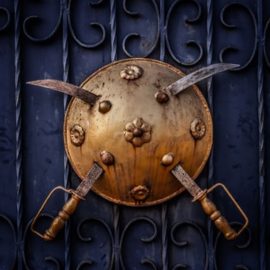 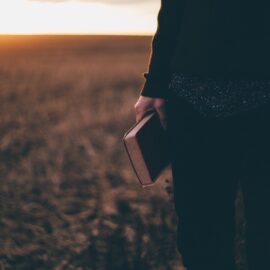