The U.S. is the largest market for pharmaceuticals, capturing the dominant market share in the world. In the U.S., Medicare is legally prohibited from negotiating prices with pharmaceutical companies. In contrast, single-payer systems like that in the UK have more leverage to choose a subset of drugs to support and squeeze prices down.

Keep reading to learn about the U.S. pharmaceutical industry, its history, and its drug approval process.

The History of U.S. Pharma

Here’s an abbreviated history of the U.S. pharmaceutical industry:

Pharma companies use a few strategies to speed up clinical trials to get drugs approved.

The HIV rush for drugs prompted the FDA to allow surrogate measures, or proxies for health (like blood markers) instead of actually proving that the drug cured symptoms over months or years.

Manufacturers promise to carry out follow-up studies, but there is no punishment for not doing so. Nor is there a mechanism to take drugs off the market if they later turn out to be inefficacious.

For example, the melatonin analogue tasimelteon (Vanda) targeted Non-24, an orphan disease. It was approved despite not showing clinical advantages over melatonin.

The FDA gets $2.5 million per drug application. Thus, the agency has incentives to receive more applications for me-too drugs, even if they improve little beyond what already exists.

Drug advertising began in the 1990s, with “help-seeking ads” where either the drug or disease could be mentioned, but not both. In 1997, ads could contain both the condition and the medicine, but it also had to include all side effects and contraindications.

After a drug patent expires, other companies can submit a generic drug for approval. Typically, these far lower the cost of the drug.

However, the process is convoluted.

Generics aren’t a panacea for drug prices either. The economics for generics don’t always work out, causing competitors to pull out and leaving a single manufacturer with a virtual monopoly for a period of time. It’s said that 3 or fewer generic manufacturers are insufficient to provide price competition.

When patents end, pharma companies don’t just call it quits. There are a variety of ways to enjoy continued exclusivity and to fight generics.

To stymie the effort of pharmacies to substitute drugs, pharma companies will create new forms of the product to make it harder to substitute a generic with identical dosage and form. This is called “product hopping.” Here’s how it works.

Before their patent expires, the pharma company changes the form, dosing, and route of administration. For example, they might change from a pill that’s swallowed to a chewable pill. These changes require a new application to the FDA.

Then the pharma company destroys all previous forms of the drug, or they raise prices on the previous forms, to push prescriptions to switch to the new form, before generics arrive on the market. Finally, once the generic arrives, it can’t be directly substituted by the pharmacist.

This isn’t a total blocker. The doctor could theoretically prescribe the generic, even if it’s for the older dosage and form. But doctor habit, as well as low marketing from the generics, prevent this from fully happening.

This is said to illustrate market failure, since the brand name having a minor time lead leads to large long term sales differences. (Shortform note: some of the details came not from the book but from this useful FTC amicus brief.)

Take it Over the Counter

By law, the same product cannot be on the market as both a prescription and over-the-counter (OTC) product. Further, any company that takes a prescription drug to OTC gets 3 years of market exclusivity (since it requires submitting a new application with safety data).

Once a drug goes OTC, generics manufacturers have 6 months to use up supply.

The patent holder can then also patent a new formulation or molecule similar to the now OTC drug, and enjoy both OTC and prescription sales. For the drug Flonase, Glaxo employed both strategies.

Typically, drugs that go OTC need a large market size to make up for cheaper prices.

As we’ve discussed, pharma companies sue generic makers or partner to delay the introduction of generics. Here are other tactics that can lead to protection of patented status.

Pharma companies strike long contracts with hospitals to take their branded drugs. This reduces the market size for new generics.

Pharma companies may even help promote information that suggests the generic substitute is dangerous. In the early 2000s, the anti-nausea drug Zofran faced competition with generic droperidol. Suddenly, the FDA issued a warning that droperidol may cause heart arrhythmias. The generics disappeared from the market, and suddenly only Zofran remained.

What to Do About Drug Costs

According to American Sickness, many Americans don’t fill prescriptions because of cost. Why? It’s difficult to do price comparisons, prices can change from month to month, and, depending on your insurance, it’s unclear what things will cost.

What You Can Start Doing Now 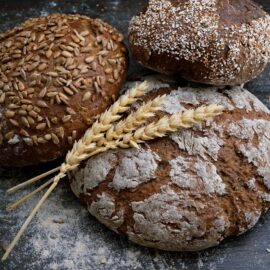 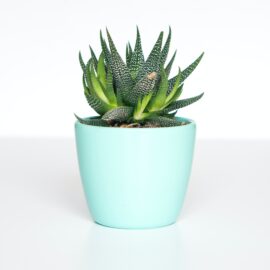 Is the Plant Paradox True or Based on Faulty Science? 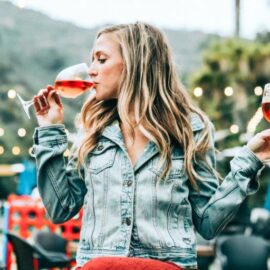