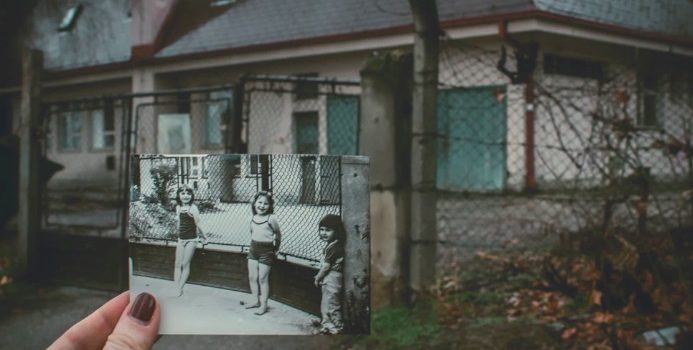 What are generational influences and how do they shape us? How does your generation affect the way you see the world?

Generational influences are when people are collectively influenced by the time period in which they were born. These influences tend to bond people across the whole generation, forming a large social group.

Read more about generational influences and how they work.

In the previous law, we looked at how people are influenced by the groups they belong to. Now, we’ll look at one of the groups that everyone belongs to—their generation. Generations are huge groups consisting of everyone who was born within the same 22-year period. Sometimes, the people born on the fringes may identify more with an earlier or later generation than their own.

Even though everyone who lives at a particular time experiences the same conditions, we all see the world through a generational perspective, which is a collective mindset we develop based on our age. (For example, when we’re teenagers, we find that our parents’ way of seeing the world doesn’t match our experience.) Our values are shaped by the generation we live in and how our generation reacts to the previous one. These are generational infuences.

Not everyone in a generation is the same, of course—there are more aggressive people who become leaders, people who prefer to follow, and rebels who try not to fit into their own generation. Generational influences are complex. (However, even though the rebels might outwardly try to be different from other members of their generation, their actions are usually motivated by the same spirit. For example, the young conservatives in the 1960s might have been preaching values that opposed the rest of the generations’, but they did so using the same idealism and passion as the rest of their generation.)

In this law, we’ll first study generational awareness. Then, we’ll use what we’ve learned to make people like us.

Once you understand your generation and your zeitgeist, you can use this knowledge to make yourself and your ideas popular. For example, if there’s something about the world or a different generation that you don’t like, it’s highly likely that a large proportion of your generation feels this too, so you’ll have support if you try to make a change.

Here are some ways to take advantage of your generational knowledge to make yourself likable:

Strategy #1: Associate yourself with a historical figure in a similar zeitgeist. Since the generational cycle repeats regularly, there will be historical movements and leaders that are similar to you and what you’re trying to do today with generational influences. These figures have a mythic air that you can use to lend yourself some gravitas (but be a more relevant, progressive version).

Strategy #2: Use childhood callbacks (if you still remember your childhood). Everyone in your generation had similar childhood experiences and childhood was an emotional time, so if you can recreate this spirit when presenting your ideas, they’ll resonate.

Strategy #3: Invent a new way for people to interact with each other. People always want to connect with each other and if you can create a venue or new way of using technology, or break down communication barriers, people will like your idea.

Strategy #4: Don’t criticize your generation. If there’s a particular part of your generation’s spirit you don’t agree with, try to subvert or redirect it rather than attacking it head-on.

Strategy #5: Adapt. As you get older and as younger generations start to enter the workforce, take leadership positions, and make changes, you need to adapt your own spirit to maintain the breadth of your audience. You might adopt some of the younger generation’s values and change your generational influences.

Strategy #6: Don’t let the past influence you. When you were a child, your parents and other adults of their generation instilled their values in you, so you may feel conflicted about making a change. Pull away from the past and go your own way. Others will follow.

Strategy #7: See into the future. Collective spirit and the generational cycle make people act in predictable ways. If you can see sense changes in attitudes and articulate them early, people will connect with you and want to follow you.

When King Louis XV died, many French citizens hoped that his successor, his 20-year-old grandson Louis XVI, would revitalize the country. The lower classes were restless, wanted power, and thought that many elements of the monarchy had run their course. However, Louis XVI was unaware of Law #9 and tried to stop the generational cycle, which ultimately led to his execution.

Though Louis XVI was young, he clung to the ways of past generations. He was terrified to take power and took comfort in the outdated concept of divine rule, which stated that he was crowned because God had chosen him. He continued to run the country as his grandfather had, even though the citizens were clamoring for change, notably tax reform.

Unlike Louis XVI, middle-class lawyer Georges-Jacques Danton was aware of Law #9 and saw signs that the citizens were getting fed up with the king and upper classes. He predicted that there was going to be unrest and gave speeches about the future of France. He became popular and so much of the public supported his ideas that the king was forced to call an Estates General assembly to discuss the tax reforms with the citizens, nobility, and clergy.

Louis XVI held the assembly at Versailles, expecting that the palace’s grandeur, imagery, and symbolism would remind the commoners of their place and the monarchy’s power. However, the commoners were unimpressed by the palace—to them, it was old and out of style. They were even less impressed by Louis XVI’s refusal to concede on the tax reforms. To Louis XVI’s shock, the citizens created a group called the National Assembly and called for a constitutional monarchy.

Louis XVI ordered the organization to disband. They disobeyed. No one had ever disobeyed a royal decree before and Louis XVI couldn’t understand why the people weren’t behaving as the previous generation would have. He tried to use force to get people to re-believe in traditional values.

The revolutionaries, including Danton, revolted. Louis XVI and his family were taken prisoner, the National Assembly voted to make France a republic, and Danton was named minister of justice. Louis XVI was executed.

Emotional Self-Management: 16 Tips to Develop It