Are you looking for The Happiness Hypothesis quotes? Do you want explanations of Jonathan Haidt’s psychology of happiness?

Here are six quotes from The Happiness Hypothesis with thorough explanations. These quotes represent the ideas of the main themes and concepts in the book.

Continue on for the best quotes from The Happiness Hypothesis.

One of the primary human impulses is to maximize our happiness. Indeed, this is the goal of the modern field of positive psychology. But in our pursuit of happiness, we also have much to learn from the philosophical and literary wisdom of past thinkers, from Buddha to Sigmund Freud.

Below are some of the best The Happiness Hypothesis quotes:

“The rider evolved to serve to the elephant.”

The most apt metaphor for thinking about the human mind is of a human rider sitting atop an elephant. The rider, representing reason, can do her best to attempt to direct the elephant. But the elephant, representing emotion, is far more powerful and has its own will; it will only comply with the rider’s commands if those commands are not in conflict with its desire.

“Love and work are to people what water and sunshine are to plants.”

One of the essential conditions for a satisfying life is meaningful work. We need to engage in pursuits that fill our lives with purpose and meaning. Work doesn’t have to be narrowly defined as a career. It can be anything that’s action-oriented and sets things in motion.

“Those who think money can’t buy happiness just don’t know where to shop … People would be happier and healthier if they took more time off and spent it with their family and friends, yet America has long been heading in the opposite direction. People would be happier if they reduced their commuting time, even if it meant living in smaller houses, yet American trends are toward even larger houses and ever longer commutes. People would be happier and healthier if they took longer vacations even if that meant earning less, yet vacation times are shrinking in the United States, and in Europe as well. People would be happier, and in the long run and wealthier, if they bought basic functional appliances, automobiles, and wristwatches, and invested the money they saved for future consumption; yet, Americans and in particular spend almost everything they have – and sometimes more – on goods for present consumption, often paying a large premium for designer names and superfluous features.”

Conspicuous consumption naturally leads to an endless competitive cycle—in response to your purchase, someone else buys something even more expensive, leaving you dissatisfied because it devalues your own purchase. The only way you can regain that happiness, of course, is by purchasing your next big-ticket item.

Inconspicuous consumption, by contrast, refers to the kind of spending we do for our benefit, on things that make us intrinsically happy. These are things that we value for their own sake, not for what they convey about us relative to other people. Positive psychology research suggests that money spent on experiences like vacations is far less likely to fall into the conspicuous consumption trap than money spent on material objects like cars or expensive watches. People tend to compete with one another over who owns the biggest house or the nicest car; they don’t, however, try to one-up each other with who took the longest vacation or who traveled the furthest.

“Finding fault with yourself is also the key to overcoming the hypocrisy and judgmentalism that damage so many valuable relationships. The instant you see some contribution you made to a conflict, your anger softens—maybe just a bit, but enough that you might be able to acknowledge some merit on the other side. You can still believe you are right and the other person is wrong, but if you can move to believing that you are mostly right, and your opponent is mostly wrong, you have the basis for an effective and nonhumiliating apology.”

While we may enjoy pointing out the hypocrisy of others and relish the feeling of moral superiority that it gives us, we are all hypocrites, excoriating others for behavior that we ourselves engage in. We are able to do this without suffering cognitive dissonance because we are masters at inventing rationales for why whatever we’re doing is virtuous (or at the very least justifiable).

“If you are in passionate love and want to celebrate your passion, read poetry. If your ardor has calmed and you want to understand your evolving relationship, read psychology. But if you have just ended a relationship and would like to believe you are better off without love, read philosophy.”

Love researchers identify two types of romantic love—passionate love and companionate love. Passionate love is the all-consuming kind that new lovers fall into and is often romanticized in songs and films. It is addictive, triggering dopamine releases in the brain just as narcotics like heroin and cocaine do. And like all drugs, it can lead to withdrawal symptoms; the highs eventually wear off as your body develops a higher tolerance. When we are in the throes of passionate love, the elephant is in full stampede—with the rider gleefully spurring her along.

Companionate love, on the other hand, is the stable kind of love we feel for those whose lives are inextricably linked to ours. It is based on caregiving and attachment. These are the lasting bonds that sustain marriages for decades and give us the kind of rich and fulfilling relationships that form the bedrock of so much of our happiness.

“If you want your children to grow up to be healthy and independent, you should hold them, hug them, cuddle them, and love them. Give them a secure base and they will explore and then conquer the world on their own.”

Attachment theory states that children have two primary needs—safety and exploration. From an evolutionary perspective, both are necessary. Safety guarantees survival, while exploration enables children to develop the skills they need to succeed as adults and have children of their own.

The two work in tandem. When the safety level drops too low during exploration or play, the child instinctively cries out for its parent to restore safety to the right level (children do this instinctively when they reach their arms up for their parents to hold them when they are distressed).

This knowledge that the parent will always be there to act as a guardrail gives the child the sense of security she needs to develop independence. Accordingly, when children are deprived of their attachment figures, they become insecure and unable to develop the emotional security and independence needed to thrive in adulthood. 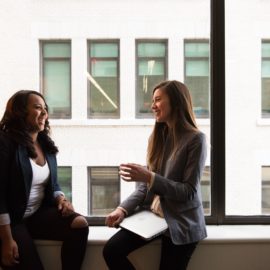 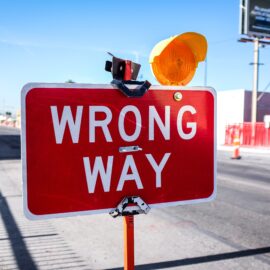 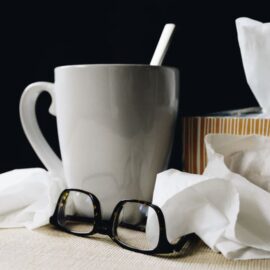 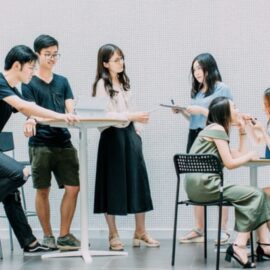