What is the success mindset? How does the way you define success affect how successful you are?

As early as preschool age, however, children develop mindsets or beliefs about their ability. Fixed mindsets slow or shut down the intense drive to learn. Some children become fearful of not being seen as smart; they begin rejecting challenges. Others, with a success mindset, embrace challenges and relish becoming smarter. Fixed mindset children become non-learners.

For instance, the author and her research team offered four-year-olds a choice of redoing an easy puzzle or trying a new, harder one. Children who believed in fixed traits wanted to redo the easy puzzle (the safe choice), while children with success mindsets wondered why anyone would want to keep redoing the same thing when they could try something else. In other words, children with a fixed mindset wanted to make sure they succeeded, as they believed smart people always do, while those with a success mindset wanted to get smarter.

Over time, people with fixed mindsets and growth mindsets (success mindset) come to view the nature of success differently.

Here’s a range of examples about how fixed- and growth-minded people behave differently.

The Success Mindset in College Classes

Another study measured the brainwaves of students of each mindset as they answered hard questions and got feedback. Their brainwaves showed their level of attention to and interest in the feedback. Fixed-mindset people paid attention to feedback on whether their answers were right or wrong (reflecting their ability), but weren’t interested in information that could help them learn — they weren’t even interested in learning the right answer when they got something wrong. In contrast, growth-minded people wanted to learn and paid attention to information that would help.

A last study observed pre-med students facing a difficult chemistry course. Researchers found that fixed-mindset students only stayed interested in the course if they did well immediately. Those who struggled with it at the outset lost interest — it didn’t validate their intelligence. In contrast, for growth-minded students, the challenging nature of the course drove their interest and motivated them.

The Success Mindset of CEOs

The Success Mindset in Sports

Sports offers numerous examples of growth-minded athletes who constantly stretched themselves. In fact, stretching, rather than winning, is what motivated them.

The Success Mindset in Relationships

Success Mindset: The Secret of Sports Stars and CEOs 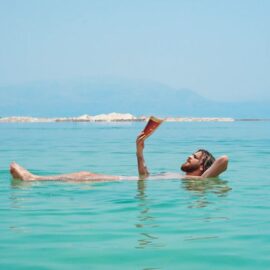 How to Deal With Rejection in Sales: Maintain Buoyancy 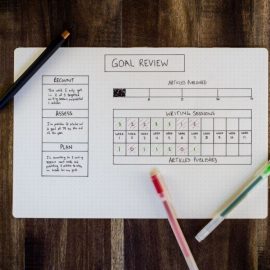 Bullet Journal Tracking: Stay on Track With Your Goals

How to Apply Knowledge to Become Unstoppable