What is the Law of Sacrifice? What does sacrifice mean in the context of leadership?

The Law of Sacrifice is one of John C. Maxwell’s 21 laws of leadership. At its core, this law is a reminder that leadership entails sacrifice. If you are not willing to sacrifice, you won’t be able to travel far in your leadership journey.

Keep reading to learn about the Law of Sacrifice plus some real-world examples of its application.

Non-leaders sometimes have the misconception that leadership is pleasant—you get freedom, power, and wealth. While some leaders do get these things, the constant among successful leaders is that they’ve earned their success through sacrifice.

Here are some things to keep in mind to successfully apply the Law of Sacrifice:

Example of a Failed Application of the Law: Sports Teams

Sports teams rarely win championships two years in a row. This is because their leaders often think that if the team wins one year, they can win the next by doing the same thing. Continuing to do what worked in the past is easier than making new sacrifices, but it never pays off. Often, the competition is fiercer the next year, and by staying stagnant, last year’s champions can’t compete.

Example of a Successful Application of the Law: Martin Luther King Jr.

When Martin Luther King Jr. was studying at Crozer Seminary, he experienced two formative leadership moments: he learned about Gandhi’s work, and was elected president of his senior class. Soon after King moved to Montgomery, Alabama to work for a Baptist Church, Rosa Parks was arrested for refusing to give up her seat on the bus to a white passenger. African American leaders arranged a one-day transit system boycott and created the Montgomery Improvement Association (MIA). King was elected president. King and the MIA organized and extended the transit boycott and negotiated with the city for rights for African Americans. King was arrested, indicted, and someone threw a bomb on his porch. Finally, the US Supreme Court banned segregated seating. King had achieved his goals, but he’d had to put up with a lot to get there.

King continued to make sacrifices that allowed him to lead. He received death threats. He met with presidents. He was arrested and jailed. He led half a million people on a peaceful march in Washington DC. He was stoned and stabbed. He won a Nobel Peace Prize. Finally, he was assassinated. The night before he was killed, he gave a speech talking about how he knew something bad was coming, but he had accepted it because he knew that leadership required sacrifice.

The Law of Sacrifice: No Success Without Sacrifice 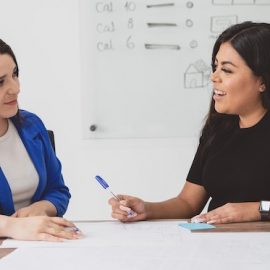 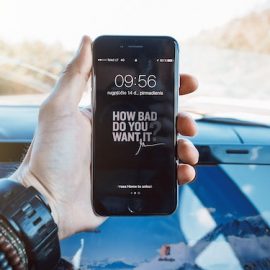