Why do some people earn more than others? What factors determine a person’s pay?

Labor—people’s time, energy, knowledge, and skills—is a scarce resource. Just like any other resource, pricing labor allocates scarce resources that have alternative uses. For example, paying engineers higher salaries than artists shifts people’s time toward engineering, where their output to society may be larger.

In this article, we’ll discuss what determines a person’s pay and why salary inequality is the case.

What Determines a Person’s Pay?

Productivity depends not just on the worker’s internal abilities but also the worker’s circumstances and inputs – the equipment available to the worker, management practices, colleagues, and differences in costs along the supply chain.

To that last point, if a company operates in an area of higher costs where competitors do not (say, as a result of higher transportation costs or mandatory bribes to government officials), the value of the worker is reduced, even if the output per hour is identical to a worker in a lower-cost environment.

“The poor are poor not because something is withheld from them but because, for whatever reason, they are not producing enough.” – Henry Hazlitt

Some people earn more than others. Much is said about the difference in pay between the top and bottom income brackets.

In fact, income distributions tend to reflect people in different stages of life – namely, older people earn more. Older people acquire more skills, allowing them to take on more complicated jobs or do a job more efficiently. Further, they improve their job-finding skills and develop reputations that lead to better job offers. Lower income brackets tend to be made of younger people in entry-level jobs.

When looked at in this way, the top earners don’t seem to be in outrageous positions – a household income of $100k would be in the top 20%. But for a couple, with each person earning $50k a year after a 30-year career, this doesn’t seem all that well-off.

Furthermore, statistics based on American households are misleading, because household size varies across cultures, age brackets, and income brackets. Per capita income may rise while household income falls, if households progressively decrease in size – for instance, in 1970 a household of 2 could have made $80,000, but in 2000 that household might consist of one individual making $80,000. Thus statements like “household incomes have remained flat” need to be treated with skepticism.

Knowledge Work and Implications on Discrimination and Inequality

In the past, physical strength was the primary work requirement, and incomes peaked in the prime of life. Women were also heavily disadvantaged in physical labor compared to men (contributing to terrible historical practices like killing female infants).

In modern economies, knowledge work has become more important. This rewards people for gathering knowledge and experience over time, leading to higher salaries with age.

Because salaries rise with more work experience, welfare states that allow people to live without working tends to increase inequality. Non-workers who have less incentive to work face a perpetually increasing skill gap with workers.

This makes comparisons across ethnic groups difficult, since ethnicities may differ in age distributions compared to others. If an ethnic group tends to be younger than another, pay will be lower; but looking at workers of the same age and IQ across different ethnicities shows roughly equal pay. This perspective reduces some of the apparent inequalities in pay across race.

In the past, physical labor clearly separated the productivity of men vs women. The shift to knowledge work has balanced income between the genders.

Much is said about the pay difference between men and women, but a large portion of this is due to women exiting the workforce due to childbirth. Single women who work continuously into their 30s earn slightly more than single men.

Furthermore, the desire for women to bear and raise children may make them more likely to choose careers that are receptive to these interruptions, such as teaching, and less likely to choose careers where you become far less competitive after time off, like computer engineering. (Shortform note: one can still say it’s unfair that women need to be the gender that physically bears children, so until growing babies outside a human womb becomes possible, there may be built-in inequalities in income.)

In general, companies can discriminate pay by gender, but at great risk. If women truly earned 75% of men’s pay for the same work and output, then a company would become vastly more competitive by hiring 4 women in the place of 3 men. Companies that paid a premium for men would be at a strict disadvantage. The fact that this scenario doesn’t happen should provoke some skepticism to the statistic about women’s salary inequality. And in reality, even if this situation were to occur, other companies would quickly bid up women’s salaries to hire women away from such an employer, causing equalization.

Capital is another input into production, and capital both complements labor and competes with it. For instance, one can buy better machinery to produce more goods with fewer people, or hire more people with worse machinery.

One must therefore be careful to define efficiency of output, since it is a subjective outlook depending on the scope defined. An engine’s efficiency is subjectively the energy used to produce work, considering heat as waste.

Likewise, economies tend to optimize around the scarce resource. Compared to European farms, American agricultural output is “less efficient” per acre, but more efficient per worker. This is because land is relatively plentiful in the US and labor is scarce, while the opposite is true in Europe. The relative scarcities of the inputs are important in determining efficiency.

Capital vs Labor in Poorer Countries

Capital tends to be scarcer in poorer countries, while labor is more abundant. This leads to optimizations around capital, while using labor in ways that richer countries may see as inefficient.

For instance, the price of labor in rich countries is so high that repairing a car may be preferable to simply buying a new one; whereas poorer countries may happily buy those used cars and use cheaper labor to maintain them. In the richer country, that scarce labor could be put to better use elsewhere in the economy, to more than compensate for buying the replacement. Meanwhile, in the poorer country, the labor spent on fixing the car signals that there is no better use for that labor elsewhere. 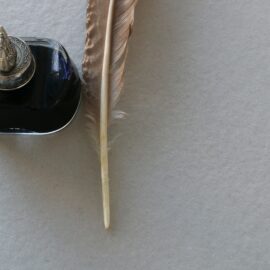 When Should You Start Drawing Social Security?