Overview of Law #5: Guard Your Reputation with Your Life

Reputation is integral to power. So much depends on reputation—guard it with your life. With a strong reputation, you can influence and intimidate others. Beware of attacks on your reputation and squelch them immediately. Meanwhile, undermine your opponents’ reputations.

What are the principles of Law 5: “So much depends on reputation—guard it with your life?” You can never really understand another person. But to interact with others, we have to try, so we judge people by what we can see — their appearances. This includes style, words/gestures, and behavior. Your appearance is an integral part of your reputation.

Reputation is something you need to carefully create and maintain. When you control how the world judges you, you have power. You can intimidate and influence others by reputation alone, which is why so much depends on reputation—guard it with your life.

When establishing your reputation, focus first on one memorable quality — for instance, craftiness, effectiveness, or generosity. People should associate you with this trait and talk about you. You should demonstrate it to as many people as possible so that your reputation spreads. The trait on which your reputation is based serves as a calling card, announcing your arrival and predisposing others to be influenced by you.

A strong reputation exaggerates your strengths, intimidates, and inspires respect. Your goals may be accomplished before you say or do anything. For example, during World War II, the German General Rommel’s reputation for deviousness intimidated everyone. Even when British tanks greatly outnumbered his forces, cities would evacuate when they heard he was approaching.

Your past successes seem to predict future successes. This is why so much depends on reputation—guard it with your life.

If you have an unflattering or negative reputation you can improve it by associating with someone of the opposite reputation. For instance, if you’re dishonest, insinuate yourself with an honest person if possible.

Protect your reputation fiercely, anticipating and deflecting any attacks. However, don’t be defensive when under attack because you’ll look insecure and desperate.

Attacking someone else’s reputation can be beneficial, especially if you attack someone more powerful than you are. The more powerful person has more to lose in an exchange, and if your reputation is negligible you present only a small target.

You have to be clever in how you go about it, however — you don’t want to look petty or harm your own reputation in the process. For example, Thomas Edison became jealous of Nikola Tesla and sought to ruin his reputation by making alternating current (AC) appear to be unsafe. Edison was a proponent of direct current (DC) instead. He did some gruesome demonstrations electrocuting household pets with AC current and even participated in the botched electrocution of a NY state prison inmate. He ended up hurting his own reputation (at least temporarily) more than Tesla’s and had to back off. Edison didn’t realize that so much depends on reputation.

When you have a solid reputation you can subtly undermine your opponent’s with ridicule or satire, the way a lion toys with a mouse.

Here’s an example of how to apply Law 5 of the 48 Laws of Power. The story of Chinese General Liang illustrates the power of a strong reputation. At a time when China was split into three warring kingdoms. General Liang of the Shu kingdom had sent his army to a faraway post, while he himself rested in a small city with only a few soldiers. Suddenly he received word that an opponent, General Yi, was approaching with a huge force.

Liang ordered his few men to take down their flags and open the gates. He donned a Taoist robe and sat on a prominent wall, singing and playing a lute. When the forces arrived, Yi recognized Liang and ordered a retreat because he knew of Liang’s reputation as a deceiver (his nickname was Sleeping Dragon), and feared he was walking into a trap. The power of Liang’s reputation alone saved him. Liang knew the truth that so much depends on reputation—guard it with your life.

When You Lack a Reputation

By contrast, the young  P.T. Barnum didn’t have much of a reputation in 1841. To establish credentials as a showman, he decided to buy the American Museum in Manhattan and turn it into a collection of oddities that would make him famous. The museum’s board agreed to sell it to Barnum but then reneged on the deal, selling it instead to Peale’s Museum, which had a strong reputation compared to Barnum’s.

Barnum decided that since he lacked a reputation his only recourse was to ruin Peale’s reputation. He launched a derogatory letter-writing campaign calling Peale’s finances into question, which caused the American Museum to again renege on a deal and to sell to Barnum.

Peale and Barnum then began attacking each other. Since Peale stressed its scientific exhibits in contrast to Barnum’s low-brow entertainment, Barnum, in turn, attacked Peale’s popular hypnotism program by debunking hypnotism. He put a little girl into a bogus trance, which was so ludicrous that audiences didn’t believe claims of hypnotism anymore and Peale’s exhibit suffered. He bolstered his reputation for showmanship in the process, and Peale never recovered.

Are there exceptions to Law 5 of the 48 Laws of Power? There are no exceptions to the need to develop and maintain a strong reputation. Remember Law 5: So much depends on reputation—guard it with your life 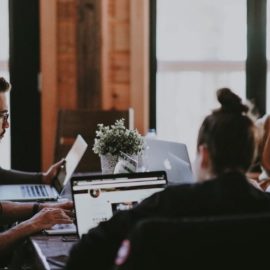 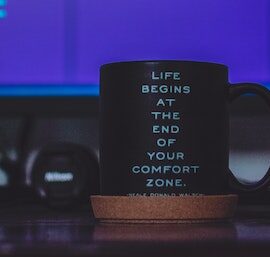 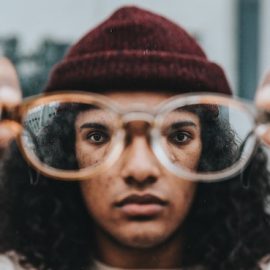 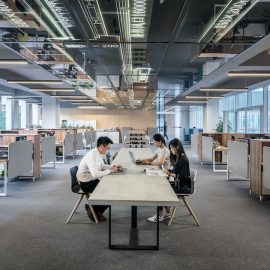 Job Role vs. Job Description: Which Is Better?